The Real Target of the INF Treaty Withdrawal 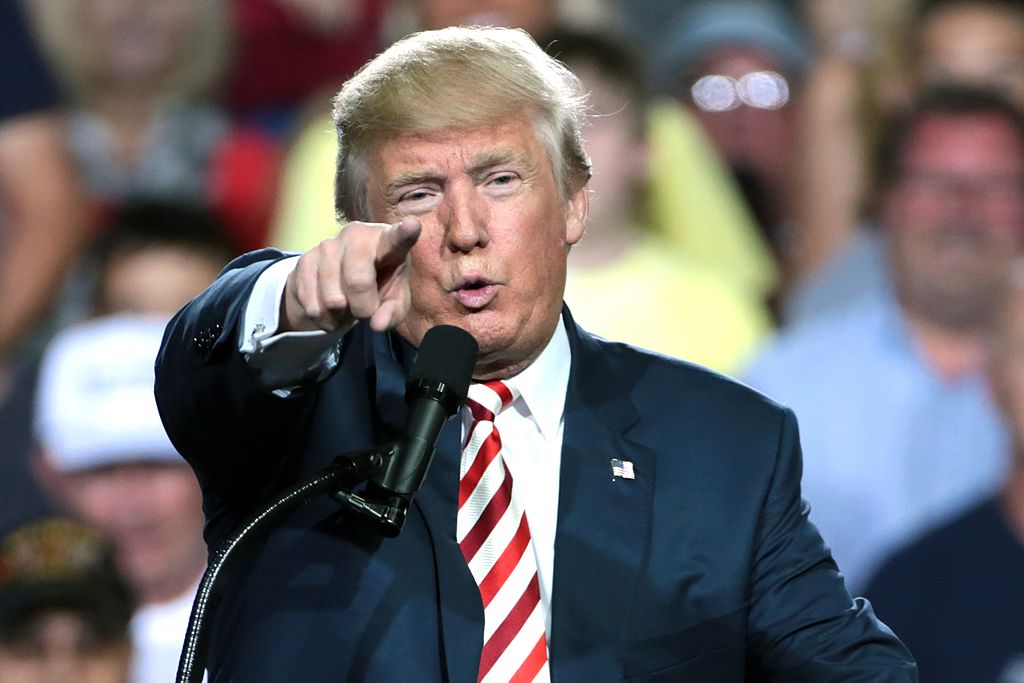 According to a report from the Guardian, US President Donald Trump announced on 20 October 2018 that his country was to pull out of the INF Treaty signed with Russia in 1987. After attending a campaign rally in Nevada, Trump said, ‘Russia has violated the agreement. They’ve been violating it for many years and I don’t know why President Obama didn’t negotiate or pull out.’

His statement was quite shocking for the international community and also rather puzzling.

First, US-Russia differences in this field are not big enough to warrant a withdrawal. In recent years, both have accused the other of treaty violations. For example, the US side describes the Iskander-M missiles deployed in the Kaliningrad enclave as non-compliant while Russia defends that the range is below 500 km. America finds the development and deployment of 9M729 land-based cruise missiles (with a range up to 2000 km, within the range restriction of 500 to 5000 km) in violation of the treaty. On the other hand, Russia thinks the missile defense systems deployed by the US in Eastern Europe can be remodeled to launch medium range cruise missiles capable of attacking Russia. Russia also believes that the missiles launched by the US for research into interception of intercontinental strategic weapons and their ground launchers are also in violation of the treaty. But the two sides have never conducted bilateral negotiations on issues related to treaty violations and the announced withdrawal will not be a result of failure to achieve a negotiated resolution.

Second, around the time when the Cold War came to an end, development and actual deployment of land-based ballistic and cruise missiles was not something the US did particularly well. SIPRI, the renowned institute in the field of arms control, revealed in a paper that at the end of the 1970s the American military cried out in alarm that the US lagged behind the USSR by over ten years in terms of land-based intercontinental weapons. Believing that these weapons were difficult to hide and deploy, the US Congress had restricted their research and development. On the other hand, air and sea-based strategic weapons had developed well. To address the imbalance, the Reagan administration launched the Strategic Defense Initiative (SDI), also called the ‘Star Wars Program’, to research into missile defense systems covering the whole United States, which was the predecessor of today’s National Missile Defense Program. After $30 billion had been spent, the SDI was abandoned due to technical infeasibility. Neither did the US have an advantage in intermediate range missiles. At the end of the 1970s, the USSR started to deploy SS-20 ballistic missiles with a range up to 5000 km. The model, together with the SS-4 and SS-5 missiles that it was supposed to replace, constituted a serious threat to Western Europe. In this situation, the US deployed land-based cruise missiles and Pershing II medium range ballistic missiles. The number of missiles destroyed by the two sides after signing the INF Treaty was also revealing: 1846 by the USSR and 846 by the US. The very costly European Theater Missile Defense Program has not been completed till now. It is therefore not possible for the US to construct new land-based missile bases in Eastern Europe after the INF withdrawal.

Third, the strategic posture may become more favorable to the Russia if the US withdraws from the INF Treaty. After the Ukraine crisis, NATO deployed additional rapid response forces of at least 4,000 men in the Baltic countries and an additional brigade in Romania, giving much anxiety to Russia, which had been fighting on both fronts in Syria and Eastern Ukraine. Without the INF Treaty, Russia may upgrade its nuclear and conventional ballistic and cruise missiles in stock with a range below 500 km and their deployment will not only make up for its headcount disadvantage against NATO ground troops but also form a new deterrent with regard to America’s missile defense system in Eastern Europe.

In light of the above, the Trump administration must have an axe to grind.

2018 has seen China-US strategic tensions being brought into the open and their strategic games unfolding comprehensively. Besides the steadily intensifying trade war, contention in the South China Sea since the summer of 2016 has also increased. In the past year the US Navy has patrolled the South China Sea more frequently to consolidate its position as a guardian of the global maritime order. Though the US has huge naval and air force supremacy in the Western Pacific, what it dreads most are China’s silo-based and vehicle-mounted ballistic and cruise missiles along its East, Southeast and South coast. These missiles are well hidden and numerous, threatening American military bases in Japan and the ROK, naval and air force bases at Guam, and surface ships patrolling the South China Sea.

Furthermore, although the Putin government has not made any substantive compromise on the questions of Ukraine and Syria, it has swallowed its pride in the face of Trump’s diplomatic and economic sanctions and waited for opportunities to relax tension. China’s population and GDP are both tenfold that of Russia. For America, the strategic contest with China has just started. While the trade war is targeted at China’s foreign exchanges sources and growth drivers and the technology war at Made in China 2025, the momentum generated by President Trump’s withdrawal rhetoric is probably designed to steer China towards undertaking similar obligations to those under the INF Treaty, thus reducing the latter’s deterrent capabilities over the Western Pacific.

Since taking office, Trump has been trying to ease relations with Russia not only to reciprocate Putin’s support in the 2016 presidential election but more importantly to reduce US-Russia tensions and focus on China. This is the unsaid objective of Trump’s statement.

INF TreatyAsia-Pacific
printTweet
You might also like
Back to Top
CHINA US Focus 2022 China-United States Exchange Foundation. All rights reserved.