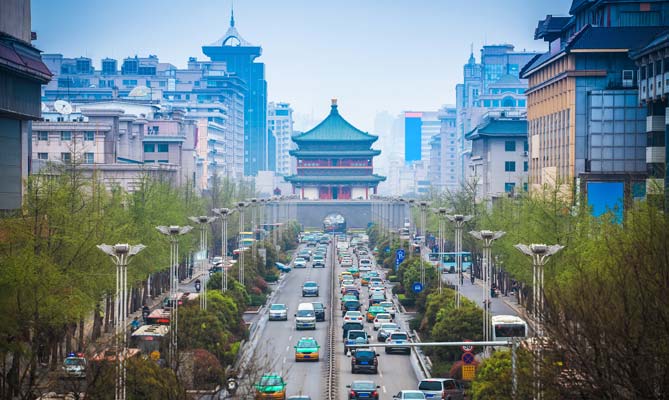 Sustainable development calls for a growth model that balances economic development with both social progress and environmental sustainability. Rapid economic development since the Industrial Revolution has led to environmental degradation and climate change that threatens the growth capacity of future generations. Rapid economic development also brought with it fundamental changes in society. Pre-Industrial Revolution, growth was muted, and the richest country in the world enjoyed a per-capita income no more than a few times greater than that of the poorest country. Today, more than 200 years on, the richest country in the world has a per capita income that is a few hundred times that of the poorest nation. Many countries have developed and benefited from globalized trade, but the benefits have not always been fairly distributed. A new growth paradigm that maintains environmental sustainability and social inclusiveness will be the new normal of this century.

Unparalleled growth has lifted millions of people out of extreme poverty and China today still maintains an annual growth target of 6.5%. However, despite China’s professed socialist characteristics, income inequality has been rising. Fast industrial development in the past 30 years has also led to severe environmental problems, such as air and water pollution, especially in densely-populated urban centers. Most of the development issues, including pollution, congestion, and rising costs of living, are also magnified in population centers, and they are only going to worsen as the rate of urbanization is predicted to reach 70% in 2030--up from 17% in 1978.

President Xi often talks about “high-quality” growth, a similar vision to sustainable growth. But quality is an elusive concept. It requires the local governments to improve their management capacity through better understanding national guidelines as well as local imperatives. Peter Drucker, often credited as the founder of modern management, said, “If you can’t measure it, you can’t manage it.” GDP is the go-to indicator for economic development, but to manage sustainability, the first step is to develop sustainability measurements. Unless we achieve a set of commonly agreed upon indicators to measure sustainability or what is high quality, and be able to compare the performance of cities and provinces based upon it, the chance to successfully implement any sustainable policy vision and hold policymakers accountable is grim.

How to measure growth beyond economics is hotly debated. Many organizations and governments around the world have designed guidelines and indicators to guide sustainable policymaking at the national, local, and corporate level. The UN, for example, devised the Sustainable Development Goals to tackle a range of social and environmental issues, while the Global Reporting Initiative has designed indicators to guide and measure corporate sustainability, as well as to promote corporate social responsibility disclosure. Just last month, the Chinese National Bureau of Statistics, in coordination with the Ministry of Environmental Protection and the National Development and Reform Commission, released a China Green Development Index which ranks Chinese provinces on their economic development and environmental sustainability.

China often sets ambitious national targets, but cities are where sustainability policies actually get implemented. I am part of a team at Columbia University’s Earth Institute that has partnered with the China Center for International Economic Exchanges, a leading economic and policy think tank in China, in designing an urban sustainability indicator system. The system, which follows a scientific methodology, is comprised of 22 indicators that track urban sustainability performance according to five broad categories, including economic development, social welfare, environmental resources, consumption and emissions, and environmental management. Based on this framework, we also indexed and ranked 70 median-sized and above cities in China on their sustainability performance.

Coastal cities in eastern and southern China and more economically-advanced cities often rank higher in overall sustainability. The top 10 cities, in order, are Shenzhen, Guangzhou, Beijing, Hangzhou, Shanghai, Qingdao, Wuxi, Wuhan, Tianjin, and Nanjing. However, even the top-ranked cities do not exhibit a balanced development. For example, Shenzhen ranks first on environmental management, but 66th on social welfare. We tend to assume economically-advanced cities would have more resources to spend on public infrastructure and service, and yet, the best economic performers along China’s eastern and southern coast trail behind inland cities on social development. It speaks to the need of major cities, which often attract the most migrant workers, to come up with innovative policies and management tools to improve energy and transportation efficiency, as well as affordability, in order to serve the needs of millions of people. What is also alarming is that northern China, once the industrial hub, now hardly leads in any of the major categories of sustainable development.

Major Chinese cities such as Beijing, Shanghai, Shenzhen, and Guangzhou are fast becoming the global centers of technology and commerce and are increasingly held to international standards of governance. While comparisons on overall urban sustainability are often difficult because of differences in culture, development objectives, and measurement standards, Chinese cities are outperforming most of their counterparts in advanced and emerging economies on GDP growth by a wide margin. Sao Paulo, with one of the best economic performances in recent years, would have ranked 50th in our ranking of Chinese cities. However, Chinese cities would fall far behind in environmental quality, energy efficiency, and many of the social indicators.

Though sustainable development should not be narrowly viewed as merely about environmental sustainability, this is an important component that should also not be viewed as incompatible with economic growth. In fact, there is a strong correlation (86%) in our system between cities’ per capita GDP rankings and their rankings on overall sustainability, even though the combined economic indicators account for less than 20% of the overall weight. Many of the world’s advanced economies, including the U.S., have seen their GDP grow without corresponding growth in energy or ecological intensity, a relative decoupling effect. This is good news to the international community, as the emerging economies often have to contend with economic development goals, a frequent hurdle in international climate talks.

China has been ambitious in setting environmental targets and in their drive to achieve greater sustainability. The New Environmental Protection Law that was implemented in 2015 gave much-needed enforcement authority and financial levers to the Environmental Protection Ministry. Toward the end of last year, China engaged in an all-out effort to reduce emissions, effectively by closing down (temporarily) 40% of all of China’s factories and fining 80,000 factories for over-limit emissions, in order to not miss air quality targets stipulated in 2013. It is clear that this type of executive action is not the most economically efficient method, and will not be sustainable in the long run.

More market-based instruments, such as the recently launched carbon-trading scheme, the largest in the world, is a huge step forward. The trading system initially covers coal and natural gas-based power companies, which count for 30% of the country’s carbon dioxide emissions, and is planned to cover more sectors in the near future. When the U.S., the world’s second largest greenhouse gas emitter behind China, may have retreated on climate advocacy, China’s leadership is crucial for the rest of the world. However, disclosure and verification of corporate emissions data is of paramount importance to the credibility and the successful implementation of any trading system. Coordinating multiple government agencies, the private sector, and third-party verifiers will not be an easy task, especially when data availability and inconsistency remains a big drawback.

In addition, public opinion is becoming increasingly important to urban governance. The system we have developed has incorporated what the public viewed as integral to local sustainability through distributing public opinion surveys. In developing their green development index, the Statistics Bureau also surveyed individuals nationwide on issues relating to environmental satisfaction, which became a key indicator in the performance evaluation of provinces on green development. While public opinion is important, it is also necessary to raise public awareness and promote greater sustainability knowledge through environmental education, which has been sorely lacking. Cities and regions in China have different types and levels of endowment and are subject to varying degrees of environmental, social, and economic pressures. While the central government and organizations try to develop standardized systems for evaluating sustainable performances of local governments based upon holistic and sustainable criteria, they should allow cities to design implementation sustainability strategies most suitable to their local environments.

In China, sustainable development is usually state-led, whereas in Europe and the U.S., it is more driven by private actors. For sustainability, which calls for a more inclusive growth model, it is necessary for the government, the private sector, the non-governmental organizations, and the public to cooperate and work together to accelerate the process of sustainable development.

Research assistance provided by Simiao You.

UrbanizationChina’s Social ReformGDPEconomic Reform
printTweet
You might also like
Back to Top
CHINA US Focus 2022 China-United States Exchange Foundation. All rights reserved.