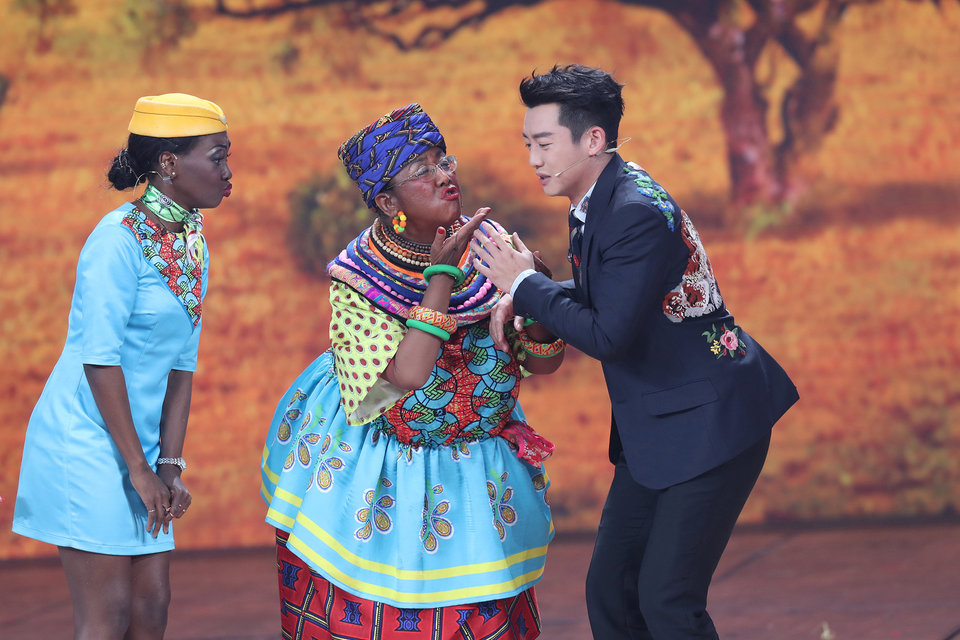 The 2018 Chinese New Year’s Gala featured a skit which was designed to celebrate the cultural and economic ties between Africa and China, but ended up causing international controversy. The skit featured a Chinese actress in blackface and was denounced by Western mainstream media as “racist,” including by The New York Times and Reuters. Geng Shuang, a spokesman of China’s Foreign Ministry, denied these allegations. “(China) has always opposed any form of racial discrimination,” he said. “If there are people who want to seize on an incident to exaggerate matters, and sow discord in China’s relations with African countries, this is a doomed futile effort.”

However, this is not the first time that China has caused international controversy over its cultural values. From the prevalence of the term “leftover women” (a term to classify women who remain unmarried in their late twenties and beyond), to China's state media regulator banning hip hop music from national television, to China Netcasting Services Association’s ban on any display of "abnormal sexual behaviors" - including homosexuality - in online video and audio content, clashes between some Chinese values and Western liberal values have brought up a new question: Should China, a superpower that has recently emerged as a major global player, pay more attention to the image it is projecting abroad about Chinese values?

Scholar Joseph Nye coined the concept of “soft power” in the 1980s, which is widely invoked in foreign policy debates today in reference to China. The term refers to “the ability of a country to persuade others to do what it wants without force or coercion.” As a rising power seeking increasing influence in the international community, recently China has dedicated even more effort to strengthening its cultural and economic ties with other countries, or its “soft power.” The Chinese government is aware of the West’s- and especially America’s- long-standing prominent cultural influence globally, which is backed up by historically American-led international institutions such as the United Nations and World Bank. Evening the playing field in the area of soft power has been top of the Chinese government’s agenda under President Xi Jinping. During the three-hour-long remarks delivered by President Xi at the 19th Communist Party of China (CPC) National Congress in 2017, he placed special emphasis on expanding China’s cultural power in the pursuit of “quality development.” “We will improve our capacity for engaging in international communication so as to tell China’s stories well, present a true, multi-dimensional, and panoramic view of China, and enhance our country’s cultural soft power,” he said. Global cultural influence is so important for China’s future that in fact, according to The People’s Daily, Xi noted that, “the economic policy should be improved for the progress of the cultural sector, adding that new business forms in this field should be developed.”

But today, instead of showcasing the attractiveness and positive aspects of Chinese culture and values, the Chinese government’s promotion of “soft power” is perceived more as a “sharp power” effort by the international community. Sharp power, which is a more government-led and aggressive approach to cultural promotion than soft power, has increasingly been linked to China by commentators in America. A December 2017 report by the International Forum for Democratic Studies examined Chinese and Russian influence in Latin American and Central European countries, and concluded that China’s “influence efforts” seek to “perforate the information and political environments in the targeted countries.” Further, Joseph Nye’s newly-published article China’s Soft and Sharp Power and The Economist’s recent article, What to do about China’s “Sharp Power," both define “sharp power” by its reliance on “subversion, bullying and pressure.” China’s newly-released popular war movies, such as “Wolf Warrior II” and “Operation Red Sea,” have also drawn attention abroad for their nationalist themes.

Over the past few decades, China has been enjoying the tangible results of economic prosperity, but opening-up to Western businesses does not mean that Chinese society has fully gripped the meaning of Western liberal values and more importantly, appropriate expressions on sensitive topics. Confusion over how to have a voice on sensitive international topics, or in other words, how to balance between “political correctness” and being true to Chinese culture has become a new challenge for China as it begins to expand its cultural influence and play a larger role in international society. It has also become leverage for Western leaders to criticize China. Before condemning China for its ignorance, it is important for Western counterparts to recognize that there are several factors about China that have been overlooked by the international media. The country has a fundamentally distinct historical past compared to America and other Western countries, as a relatively culturally and ethnically homogenous country. Moreover, when branding China “backward” or “culturally insensitive,” the Western media fails to report on the fact that there have been heated debates domestically over numerous controversial issues. More and more diverse opinions are appearing on the internet and in public spaces in China. After the Chinese New Year skit, dissatisfied voices against the inappropriate portrayal of race were all over social media, from Wechat moment to Weibo “hotsearch.”

Furthermore, as multipolarity has already become an international norm, should the U.S. still measure China and other countries by using its liberal, Western values as a yardstick? As Anthony Tao, a managing editor of the digital media company Supchina argued about the Chinese New Year production: “It’s dangerous and somewhat irresponsible to analyze a Chinese production - particularly one intended solely for a Chinese audience, whose understanding of ethnicity and race is filtered through a complicated and unique culture and history - through a purely American lens.” China should not use its cultural history as a justification for inappropriate cultural beliefs or products, but it is also not appropriate for the West to draw conclusions about Chinese culture without considering what factors have led to its position today.

As China seeks to rapidly increase its global cultural influence, Chinese cultural productions have become the subject of international scrutiny. Television content, such as the “Chinese-Style Dating Show” where Chinese parents select partners for their children according to their conventional, and often “sexist” traditional standards, and the controversial Chinese laundry detergent advert featuring a black male “white-washed” into an Asian, have been strongly criticized in the West. The producers of this content may have failed to think thoroughly about how cultural messages such as these will be perceived internationally. China still needs to “catch up” in some aspects, but it is important to recognize that some countries’ fears of China’s rise also play a role in sparking these controversies. The West’s “defensive” mentality towards Chinese culture has led some commentators to criticize China before considering its unique historical past and recent developments in social norms in Chinese society.

Will China’s neighbors ever consider its soft power efforts abroad as anything other than “sharp power”? China should not try to comply with Western standards of “political correctness,” but it should at least work towards self-examination of its culture and be cognizant of what other countries consider offensive or inappropriate. While clashes between Chinese cultural values and Western “political correctness” are inevitable as China expands its influence internationally, there is an opportunity for both countries to be open-minded and to deepen their understanding of each other’s cultures. What China and the U.S. need, in order to increase cross-cultural understanding, is an open forum for both countries to engage in debates over relevant international and cultural issues, and the open minds needed to learn from each other.

Chinese CultureSoft PowerSharp Power
printTweet
You might also like
Back to Top
CHINA US Focus 2022 China-United States Exchange Foundation. All rights reserved.