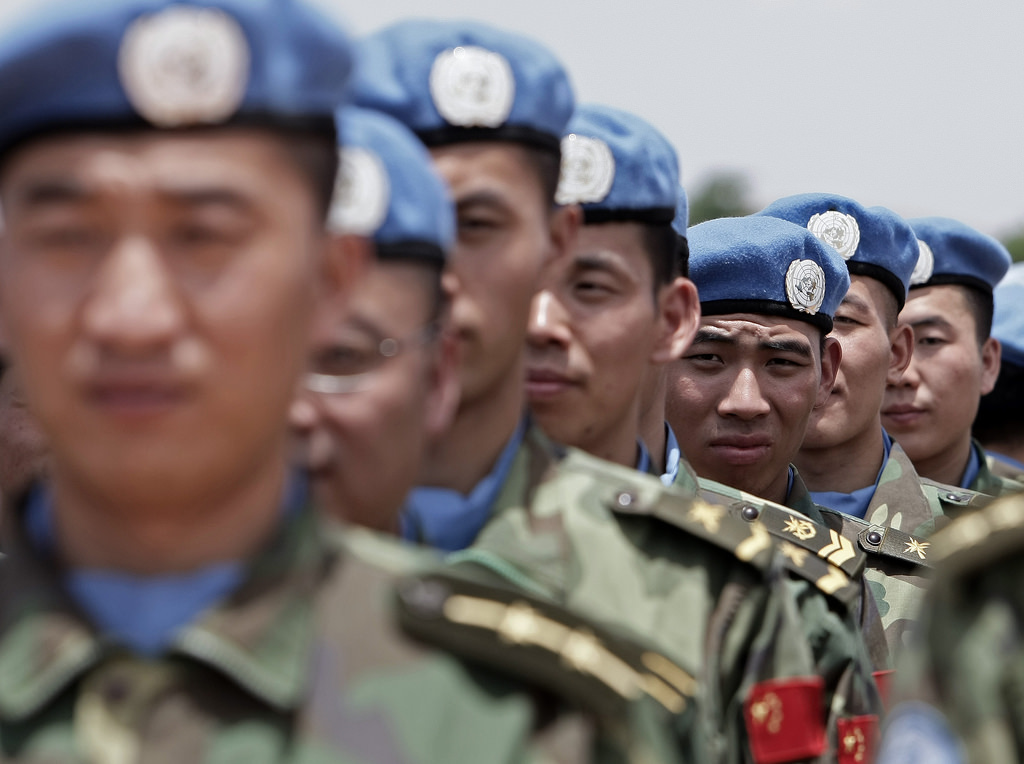 Released this summer, the film "Wolf Warriors 2" has broken China’s box office record. It tells a story about both nationalism and internationalism. Against the background of a civil war set in a fictional African country, the hero, Leng Feng, was ordered by the military to rescue trapped Chinese citizens. He not only managed to do so, but he also refused to abandon foreign refugees there. Such an image has been highly admired by Chinese audiences. On the other hand, also this summer, UNHCR's ambassador to China, Yao Chen, came under unusually fierce attacks by netizens after calling for public concern about the refugee crisis on Weibo. This was largely due to the widespread belief that Yao tried to lobby the government to accept foreign refugees into the country.

Such a contrast is the epitome of the contemporary social cognition in China. Most Chinese people recognize that China should take more international responsibilities in proportion to its rapid development, and they are eager to see their homeland gain stronger international standing as a “responsible great power.” However, in reality, they are not prepared for the implications of world governance; among them, the fact that China must make sacrifices and compromises in different areas and follow ideas that might contradict the propaganda and education that they have long accepted. The refugee problem is a typical example that demonstrates the gap between the orientation of the Chinese public and the norm of world governance.

In contrast to common stereotypical depictions, traditional Chinese culture does in fact have elements of internationalism. However, it tends toward a "spillover effect": help others only when your own internal affairs have been sufficiently addressed. As the old Chinese saying goes: “When destitute improve yourself, when prosperous improve the world (穷则独善其身，达则兼济天下).” Given China is still a developing country, the priority for most Chinese citizens is still protecting their “foundational interests”—stability and sustainable development—from being challenged. This echoes Deng Xiaoping’s pragmatic approach to foreign affairs "Taoguang yanghui (韬光养晦)” (i.e. keep a low profile).

"Taoguang yanghui" is considered to be the ideological basis for China’s success in development, while being too active in global governance is regarded as an important reason for the relative decline of the West. The emergence of various social crises in Europe following its acceptance of a large number of refugees has made the Chinese public especially vigilant. A netizen on Zhihu, a Chinese forum similar to Quora, commented in a thread about the refugee problem, writing, “What Cologne experienced (in the 2015/2016 New Year's Eve celebration) made me very afraid if China also shows sympathy with refugees. We all know Germany used to be a stable developed state…‘Flourishing the foliage while undermining the root’ could lead to the self-destruction of a state. From history to reality, there are too many relevant lessons (Mei Xinyu [link]).”

Even Chinese liberals find it hard to favor world governance over their own domestic affairs. In fact, those who oppose world governance often reflect dissatisfaction with domestic governance, expressing opinions that embody both ingrained nationalism and rising concern over domestic human and social rights. Questions such as, “why should China give away land resources that we have saved from the painful one-child policy to aliens?” and “why should China pay for Africa and South America when our domestic poverty is still so severe?” are quite common on China’s Internet.

What is more obvious is that the Chinese population is averse to paying for issues that they believe have a Western origin. Remarks by Shen Yi, a professor in Political Science at Fudan University, are indicative of this larger sentiment. He wrote in an opinion piece: “Before showing your sympathy, think about it: no matter the refugee crisis caused by the Middle East chaos, or those by the South Sudanese Civil War, all of them are essentially the outcome of the humanitarian interventions, color revolutions, and proxy wars that the U.S. and Europe promoted for their own interests…Those who have the minimum commonsense should not be taken in this issue.”

Similar opinions are prevalent with regard to climate issues, too. Many do not understand why China should reduce CO2 emissions at the expense of economic development, when it is the West that has contributed most of the CO2 emissions over the last two centuries. Westerners are able to enjoy both cheap products and clean air by outsourcing the polluting industries to the third world, including China, while accusing China of not assuming enough responsibility. This comes as yet another piece of evidence of Western-style "hypocrisy" and "double standard."

The widespread nature of such discourses reflects the fragility of the foundation of China’s public opinion of world governance today, especially when Western liberalism itself, the most important ideological ground for world governance, has suffered major international setbacks in recent years. The perception of global governance has been increasingly divided and polarized by endless partisan conflicts—both online and on the streets—all while the world has witnessed the triumph of Donald Trump and the accelerated rise of right-wing politics across Europe. All of these compounding factors seem to make the slogan "we are the world,” from Michael Jackson’s influential musical appeal to internationalism, obsolete, and it is hard to quantify how much these changes have impacted China.

In today’s China, those who speak for refugees, like UNHCR's ambassador to China, Yao Chen, are labeled as "white-left (baizuo)". This derogatory phrase is a recent creation that refers to those who blindly embrace Western liberal values. After Fox News reported on the concept last May, Chinese netizens were jubilated at having managed to achieve a “cultural export,” especially when they saw that many Westerners echoed their beliefs on Twitter. It did not matter whether their Western counterparts understood that the word “white-left” implied an insult to the whole of Western society. What pleased them was the delegitimization of liberalism even amidst its birthplace, where they believe the value system is gradually deteriorating.

All in all, the attitude of China towards world governance is essentially linked to the evaluation of the West and Western liberalism. Such an approach is derived from the longstanding China/West dichotomy in Chinese social discourse, and it is also related to the international climate today. It is exactly when the country started to be aware of the imperative of taking part in world governance that it encountered, concurrently, a trend toward anti-globalization, fueled by realism and nationalism.

If Beijing wants to play a bigger role in the international arena, it will first need to address the ambivalence of its domestic audiences, as societal forces have been increasingly significant in influencing Chinese foreign policy. The government should reevaluate its propaganda and try to reshape the domestic consensus on international politics from backward-looking towards a more forward-looking approach. A black-and-white world view will no longer fit China’s blueprint about a new global order, and only after China itself becomes more open to the world will it be able to promote its own norms, and thus be one step closer to becoming a true “responsible great power.”

Global GovernanceChina
printTweet
You might also like
Back to Top
CHINA US Focus 2020 China-United States Exchange Foundation. All rights reserved.