Sport has long played a prominent role in international relations throughout history. Perhaps, initially invented as military trainings to enhance soldiers’ physique and teamwork, sport evolved into a multi-billion dollar entertainment industry that has no borders and attracts admirers from all over the world. However, as popularity of sport grew internationally, its role in international politics also grew exponentially. The boycotts of the Moscow Summer Olympics of 1980 and the Los Angeles Summer Olympics of 1984 are extreme examples of perplexed relations between modern sport, diplomacy and power politics. 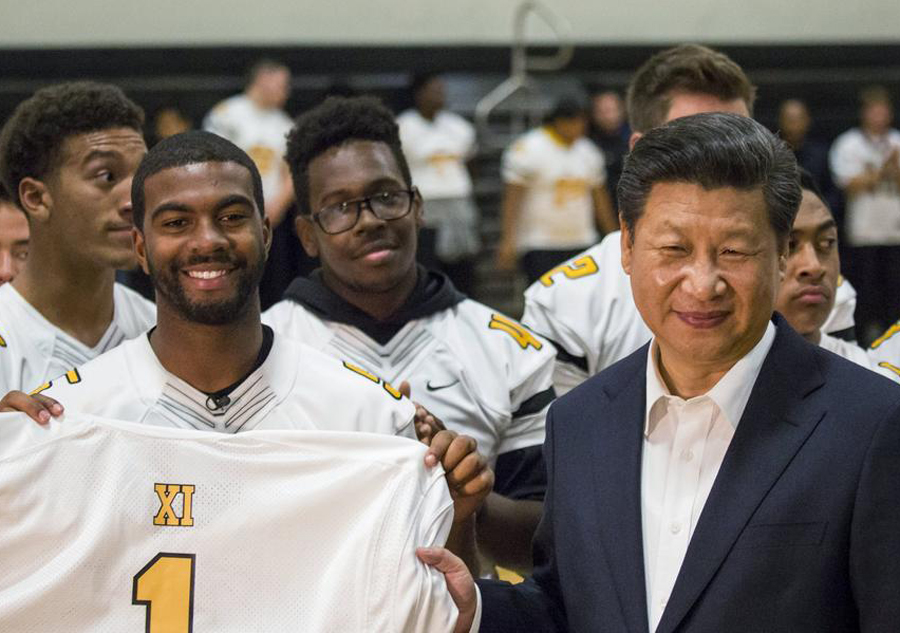 Thus, it is less surprising that sport is often studied through the prism of soft diplomacy or the practice of soft power. In the late 1980s, Joseph Nye of Harvard University introduced the concept of soft power. Nye defined power as the ability to influence the behaviour of others in order to obtain desirable outcomes, which can be achieved though “sticks” (coercion), “carrots” (payments), and “soft power” (attraction). Unlike military action or economic subsidies, soft power rests on the principles of co-optation, as the ability to shape the preferences of others through attractiveness and leadership becomes the lynchpin of soft power politics.

In this regard, China still suffers from the shortage of soft power despite its economic and military might. However, Beijing is working on improving its international image in order to lead by example, building its soft power through education, mass media, art and sport, in addition to its diplomatic and development efforts. As Chinese president Xi Jinping underlined at the conference on foreign affairs, “We should seek other countries’ understanding of and support for the Chinese dream, which is about peace, development, cooperation and win-win outcomes… We should increase China’s soft power, give a good Chinese narrative, and better communicate China’s message to the world.”

Moreover, sport can serve as a legitimisation tool for autocratic regimes and emerging economies both at national and international levels in order to demonstrate their attribution to the international (predominantly democratic) community. For instance, the Beijing Summer Olympics of 2008 acknowledged that China and its Communist leadership per se is the respected member of international community despite the country’s appalling human rights record.

Nonetheless, unlike Western states, impoverished Central Asian republics are less concerned with human rights indicators. Political stability, economic growth, and social development have a greater meaning in this region, and China can be instrumental in bringing value to these terms. However, the de facto role of China as the main economic and development player in Central Asia goes unrecognised in official and public discourses mainly due to the prevalence of opinion-based policymaking and the growing sinophobia in the region.

Accordingly, it is rather unusual to observe that Beijing is not using its soft power instruments to address this issue. Perhaps, the launch of One Belt, One Road initiative will stimulate the Chinese leadership to use a soft power toolkit to reconstruct its image in Central Asia, since the Silk Road Economic Belt is more than an infrastructure project, as it aims to fortify “people-to-people bonds”. In this context, sport can emerge as one of those solutions that foster inter-cultural understanding between China and Central Asian states without being vigorously criticised for hidden political agendas. Sport has the potential to transcend socially constructed borders and divisions because it embodies a universal medium of communication.

China has been long investing in sport, and the recent million dollar shopping spree of the Chinese football clubs for some of the world’s best football talents indicates that political reasoning prevails in the country. The Chinese leadership learned that power does not only grow out of the barrel of a gun. Thus, it is most likely a matter of time that sport will be used by Beijing to achieve its foreign policy goals in Central Asia, whether by supporting traditional Chinese or ethnic Central Asian sports. Yet, there is one caveat. As Nye stressed, governments can control and change foreign policies, they can spend money on public diplomacy and exchange programs, but they still cannot control popular culture. In other words, soft power should be earned, not bought.

Chinese Culture Soft Power
printTweet
You might also like
Back to Top
CHINA US Focus 2022 China-United States Exchange Foundation. All rights reserved.