The Importance of America’s Example 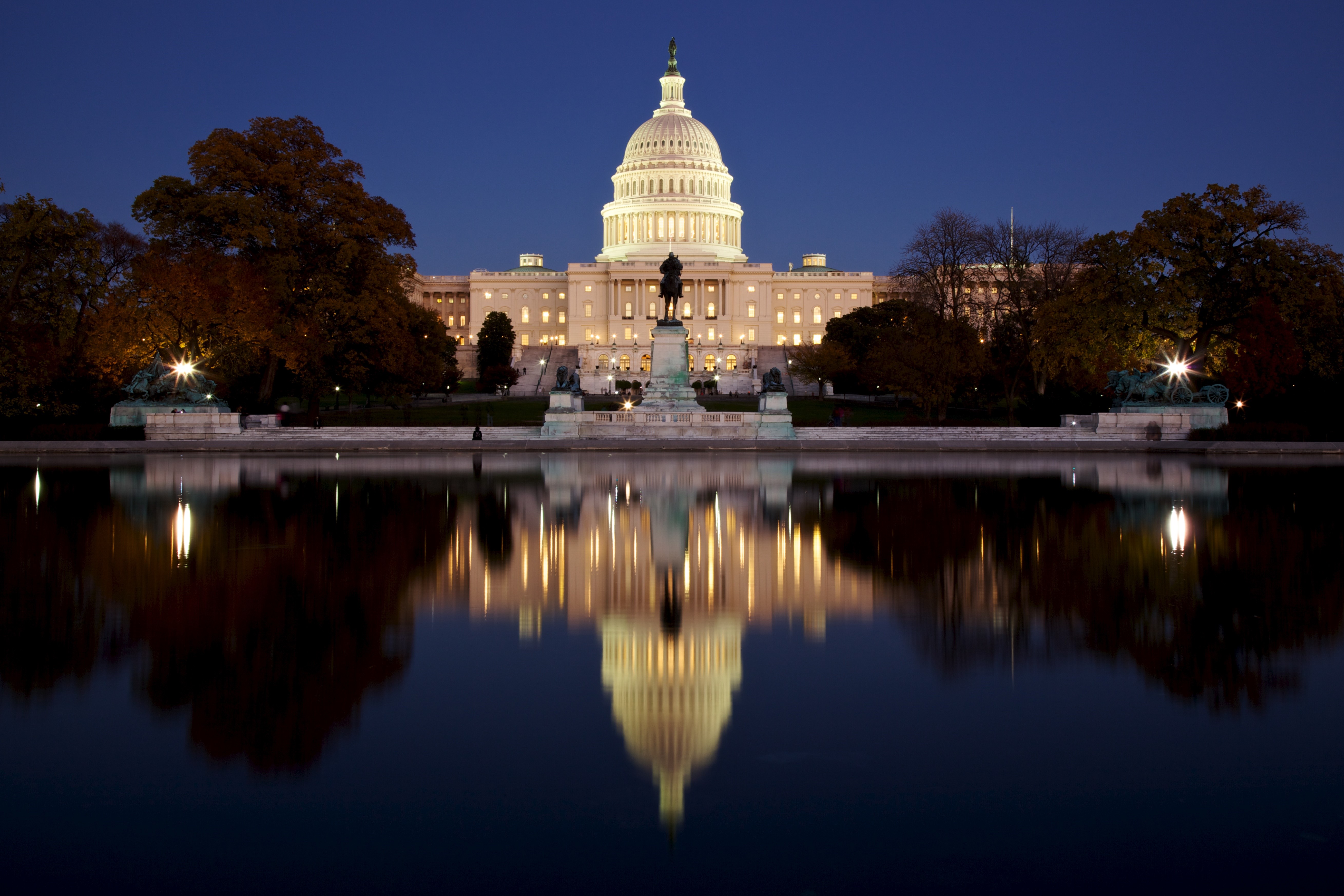 When I went to America to study in 2010, there was little cause to doubt its greatness.

Its universities were, on the whole, true bastions of reason that were committed to free discussion and debate. And discuss and debate we did, in classrooms and dining halls and dorm rooms late into the night. At Yale, where I spent two years, a hundred flowers bloomed and jostled for light and blew pollen at each other.

I heard every conceivable idea and opinion expressed in class by students, by professors, and (through their texts) by thinkers long-dead. If heated arguments sometimes broke out, well, that was part of the learning experience. As a community of scholars, everyone seemed to recognize that to reach the truth it was important to let all sides air their ideas.

Many of my classmates wanted to work in government. Most, no doubt, would have preferred a Democrat in the White House, but few doubted that whoever sat in the Oval Office would treat it with a semblance of dignity, would take seriously the awesome responsibilities that came with it. Regardless of party or policy, surely they could always be proud to serve an administration that stood for what were supposed to be common American values: democracy, freedom, liberty.

How much can change in just a few years. Recently, the power of America’s example has been eroded at home by both the far left and the far right.

Since 2015, a wave of radical leftism has swept through America’s campuses, threatening academic freedom by seeking to punish anyone who won’t conform to its orthodoxy. Mobs of students with the fanaticism of Red Guards now run amok, brandishing political correctness as a weapon against any ideas they don’t like, and any who would dare voice them.

At Middlebury College, student thugs shut down a talk by social scientist Charles Murray because they didn’t like his ideas on race and IQ, shouting him down when he tried to speak, and trying to attack him when he left the building. At Berkeley, university administrators forced the Berkeley College Republicans to cancel a talk by conservative writer Ann Coulter, because they feared violence from protestors.

At Yale, student mobs rounded on a college master and his wife (both also professors), and demanded their resignations for the crime of saying that students should dress as they please for Halloween. The students later marched to the university president’s house at midnight to present him with a list of absurd demands. Instead of giving the students a sharp word on the importance of free expression, Yale’s administration caved-in to many of their demands, including agreeing to hire more faculty on the basis of race rather than merit, and sacrificed the master and his wife to the mob.

America’s institutions of higher learning are a major source of its soft power. They’ve contributed immeasurably to the cause of liberty, showing the world how to cultivate a free environment where the greatest minds can gather to think and question and explore and create and pursue the truth, wherever it leads them, without censorship or reprisal. The erosion of free inquiry in the places it’s supposed to be strongest is a blow to liberty everywhere.

Worse still, America’s schools could become negative examples. In November 2015, just after similar controversies broke out in the U.S., the Student Federation of the University of Ottawa in Canada, cancelled a yoga class because of concerns of “cultural appropriation” of yoga from Hindus. What happens in American colleges and universities is often emulated abroad. This makes it all the more important that they uphold their core principles and stand for strength through freedom, not fragility disguised as social justice.

Then, of course, there’s the damage done to America’s example from the far right. It’s telling that, as soon as Donald Trump was elected president, many of the people I knew with authoritarian sympathies began crowing, gleefully pointing to it as evidence that America was hypocritical, that liberal democracy would destroy itself. They could sense, as I could, that Trump’s presidency was the antithesis to the great American experiment.

He didn’t disappoint them. Trump has consistently pandered to the lowest common denominators of fear and prejudice, scapegoating minorities to rally his base. He behaves like a dictator, or somebody who wishes he were one, threatening to neuter the press for covering him unfavorably. He denies facts and dispatches underlings to offer “alternative facts” instead. He openly admires autocrats and seems completely uninterested in democracy and human rights. His advisers and aides treat him like what he is – a petty man-child in need of constant praise and supervision. His antics diminish America’s example every day he’s in office.

The effect of his example is startling. “Fake news!” is what Venezuela’s foreign minister Jorge Arreaza calls reports on his country’s self-inflicted economic crisis. “Fake news!” is what Malaysian Prime Minister Najib Razak calls exposes on the 1MDB corruption scandal enveloping him. “Fake news!” is how Zimbabwe’s junta now justifies repressing its country’s media. Instead of being a positive influence, the American presidency is being used by dictators around the world to excuse their misconduct. After all, if the leader of the free world does it, why can’t they? Trump, of course, seems fine with this, as he told an interviewer, “What, do you think our country’s so innocent?”

But this isn’t America’s way. America is not known for cynicism and relativism, but for idealism and audacity. America is exceptionalism and soaring speeches and that terrible cliché of the shining city on the hill. It is self-righteous and insufferable. It takes itself way too seriously and believes its own rhetoric. Not for it the quiet life; it’s not afraid to get its hands dirty and is prepared to fight, and yes, sometimes even kill to protect life and liberty, and it takes upon itself the thankless task of being a force for good in the world. It sets high standards for itself, standards that are to others both inspiration and challenge.

And it falls short of those standards. Again and again and again, in the dark days of McCarthyism, with its support for Arab strongmen, with its persecution of whistleblowers like Edward Snowden, with its failure to prevent genocide in Cambodia and Rwanda and Syria. But these are the failures of high expectations, egregious because they seem so at odds with its principles and character, and often far beyond what we’d expect of any other great power.

And sometimes it meets these standards, often at the cost of blood and treasure. It met them fighting tyranny in World War II and with the incredible generosity of the Marshall Plan after. It met them intervening in Korea to stop the Kim regime from taking the South, and in Kosovo to stop Milosevic’s genocide, and in Libya to stop Gaddafi massacring his people. It met them with Watergate, by holding its highest official to account.

What characterizes America has been its constant refusal to mind its own business, its constant refusal to shut up, even when it strains relations with other countries, even when it makes things harder for itself. We see this quality in its leaders, with Thomas Jefferson’s vision of America as an “Empire of Liberty,” with JFK and Reagan in Berlin, with Hillary Clinton’s call for fundamental freedoms in China.

As a Malaysian, I’m thankful for this quality. It matters to me, and many like me, when top U.S. officials speak up for those who have been persecuted by the authoritarian Malaysian government. It matters to us when the US embassy condemns rights abuses in our country. It matters to us that the US Justice Department is investigating the embezzlement of public funds by the Malaysian prime minister and his cronies – something our government will not do. It shows us that, somewhere else, power is held accountable, and gives us a model to work towards.

This is the importance of America’s example, an example that embarrasses both other countries and itself because of how hard it is to follow, but which ultimately raises them all. America must overcome its extremists on both left and right and remember what it was, what it is, and what it can still be, for the rest of the world as much as for itself.

American Dreamoverseas studentLeadershipDonald Trump
printTweet
You might also like
Back to Top
CHINA US Focus 2023 China-United States Exchange Foundation. All rights reserved.