Trust as the Underlying Factor for Peace 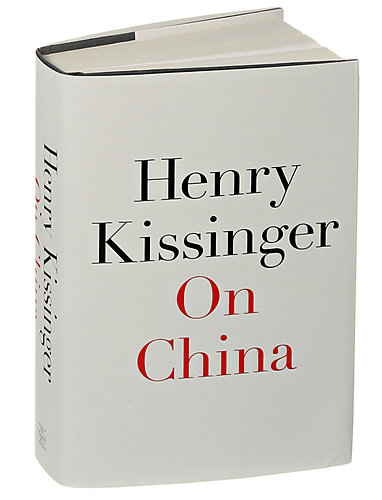 When Caleb Cushing first went ashore on Macau, he was most likely inundated with anxiety. The United States government had sent him on a mission to establish diplomatic ties with an exotic Eastern nation, aiming for a piece of the mammoth economic pie Great Britain was indulging in.

Of course, the mission was not entirely utilitarian. Cushing recalled vividly, just five years before, in 1839, the great brouhaha in Philadelphia surrounding Nathan Dunn’s unique museum focusing exclusively on Chinese cultural artifacts. The Oriental fabrics, tools, teas and fine China fascinated more than 100,000 Americans over the course of three days as Dunn exposed many of his countrymen to Chinese culture for the first time.

And so Cushing brought to Macau a ship stocked with American goods and scientific treasures, seeking to impress the Chinese envoy of the West’s capabilities. The journey that eventually resulted in the Treaty of Wangxia was organized with great optimism and the hope that a two-way exchange of culture and customs would soften hearts.

A century and a half later, Henry Kissinger, in his quasi-memoir On China, fondly reflected on the symbolic importance of ping-pong diplomacy. He averred that making sure Americans understood the political and cultural traditions of the Chinese, and vice versa, was essential to comprehending the respective mindsets and ambitions of the two states.

In other words, apolitical interests are what brings people to the negotiating table. Productive discourse that galvanizes cultural understanding precipitates effective long-term engagement at the policy level. These are lessons, following decades of statecraft, now seems to elude the leadership in both countries. Of course, in the face of a pandemic, it’s easy to become despondent over the mutual blame games and disinformation campaigns.

Trust between the two governments is undoubtedly at its lowest point in recent memory. More pointedly, trust between the two peoples has also waned. In a Gallup poll in March, more than 57 percent of Americans said their view of China was unfavorable, while 46 percent saw China as an economic threat.

The true tragedy of the current imbroglio, however, is the discrimination it has fomented, founded on misperceptions that jeopardize the future of people-to-people exchanges.

But are citizen perceptions so important? Revered international relations scholar Robert Jervis has written extensively on the dangers that stem from misperceptions at the individual level. The public is the backbone of policy: If the people perceive that a country is a high security threat, the state is emboldened to adopt hardline approaches. Any such majoritarian view helps the government mobilize public opinion and resources to undertake overtly aggressive measures without fear of domestic retaliation.

A slow escalation of this mindset has crept into U.S.-Sino relations since 2016. Toxic perceptions and racism generated by saber rattling are paths to conflict that slipshod diplomacy over COVID-19 threatens to cement. One only need look at the xenophobia against railroad workers in the U.S. that resulted in the Chinese Exclusion Act, which decimated much of the diplomatic progress that had marked relations to that point.

So, in seeking possible avenues to resolve misperceptions, we should acknowledge the underlying mechanism that has led to the current rut of mistrust. Dipping into social psychology helps us identify the factors marring relations that political science is maladroit in diagnosing. Foremost, the current tensions stem from a phenomenon that is obviously not unique to U.S.-China relations. Tribalism and revanchist nationalism are outcrops of the human instinct. Individuals naturally align themselves with a group and seek ways to maximize their absolute outcomes because it helps the individual survive — the “group,” in this case, being a country. In this way, humans are heuristic. We are genetically wired to devolve to the simplest, most emotionally satisfying explanations where the dignity of our country is involved. Ergo, most are intrinsically motivated to believe the rhetoric their governments and media feed them, tailored by the magic of confirmation bias.

What then is the solution? The psychologist Gordon Allport, in his seminal 1954 treatise, drafted the Intergroup Contact Theory (ICT) in which he proposed that simply increasing exposure between different majority-minority groups reduces prejudice.

In the 1950s, Allport investigated the social effects of desegregation on U.S. housing policies, where he found that prolonged interracial contact between majority white Americans and minority African Americans softened racist attitudes. Since then, ICT has been empirically tested and proved, even by political scientists who analyzed its success, even between the populations of countries previously engaged in war.

This innate psychological occurrence has served, and will continue to do so, as the mechanism behind cultural diplomacy. It is also the key ingredient that both the U.S. and Chinese governments, as well as non-government actors, must include to tackle the deficiency of trust in relations today.

The central pillar of a successful campaign to reinstall trust at the individual level is education. In 2009, the Obama administration announced the 100,000 Strong Initiative as a concerted effort to send American students to study in China. It was a national campaign that sought to foster the next generation of leaders, people who would have experienced China firsthand. Interacting with natives, learning the language and culture and sharing academic research with Chinese peers were its keystone elements. China reciprocated with its 10,000 Bridge Scholarships.

The 100,000 Strong Initiative was so successful that Presidents Barack Obama and Xi Jinping announced its successor program in 2015, the 1 Million Strong Initiative. The approximately 300,000 Chinese students in America every year and 30,000 American students in China bear testimony to the success of this overture.

However, since 2016 the 1 Million Strong initiative became defunct. In abrogation of its values, President Donald Trump has advocated the exact opposite, discouraging many talented students about the idea of going to China. He has openly opposed the induction of Chinese students, parroting damaging theories that have since seeped into the public conscious, drip by drip over the last four years.

Yet, the 1 Million Strong Initiative has blossomed into a nonprofit mission. Alongside many other Chinese-based organizations it offers a recipe for hope for the continuation of foreign exchanges. As many psychologists, such as Marcel Coenders, have ascertained through decades of research, multicultural education serves as a defense against prejudice. With respect to ICT, those who have the opportunity to travel to a different country, interact with its natives and educate themselves on the target country’s customs, culture and history are less likely to hold misperceptions and thus are inoculated against the politically charged ravings of their governments.

Policymakers are, unfortunately, incentivized to write legislation that manifests as visible outcomes. The goal of promoting cultural and educational exchanges should not be immediate gratification in some political or economic framework. Governments, individuals and NGOs must approach cultural exchange as an endgame strategy. It was through decades of exposure during the 19th century that U.S. medical and educational missionaries established the many important universities and hospitals that now dot China. Promoting education and cross-culturalism slowly but surely provides the best chance at maintaining the health of our bilateral relationship, revitalizing whatever trust has been lost.

Nevertheless, even if one does not believe in the fruits of the countless “invisible” contributions procured by educational exchanges, one must not forget the powerful influence of multiculturalism as represented by monumental figures of history. For example, John Leighton Stuart, who originally came to China as a missionary, became so enamored by Chinese culture that he ended up founding Yenching University (later becoming Peking University). Or there’s I.M. Pei, who grew up in China but studied in America. His dual cultural heritages inspired the legendary architecture that he designed the world over. Initiatives such as Yenching Academy, the Schwarzman Scholars and the Bai Xian Foundation are attracting talented minds from around the world to nurture open-minded, culturally nuanced leaders who will shape the trajectories of their respective fields.

In the concluding remarks of Destined for War, Graham Allison writes: “The more the U.S. government understands China’s aims, the better prepared it will be to resolve differences. The problem remains psychological projection.”

We are on a trajectory on which relations between the two governments may become irrevocably damaged. However, citizens are not the government. There are Americans who understand the Century of Humiliation narrative, and Chinese who understand that Trump’s strain of American exceptionalism is not representative. Both countries should abandon their games of chicken in which empty rhetoric and victimization substitutes for effective cooperation.

The depletion of cultural understanding would be calamitous, rendering political and economic diplomacy a one-sided, vacuous affair. Both countries should reinvigorate government-level cultural initiatives, such as the highly regarded U.S.-China High-Level Consultation on People-to-People Exchange, to signal a desire to cultivate a healthy, people-oriented relationship. Absent any government agency, individuals and NGOs can promote such exchanges and build up an immunity — like white bloods cells — against self-aggrandizing nationalism. In this way, these policies can act as a prophylactic, and their absence will be an admission that people-to-people interactions are doomed to fail.

However, as over 200 years of history have demonstrated, individuals are the genetic sequence of U.S.-Sino relations. Administrations come and go; the people do not.

People-to-People ExchangeU.S.-China Ties
printTweet
You might also like
Back to Top
CHINA US Focus 2022 China-United States Exchange Foundation. All rights reserved.