To Be a True Global Leader, China Must Go Plastic-free 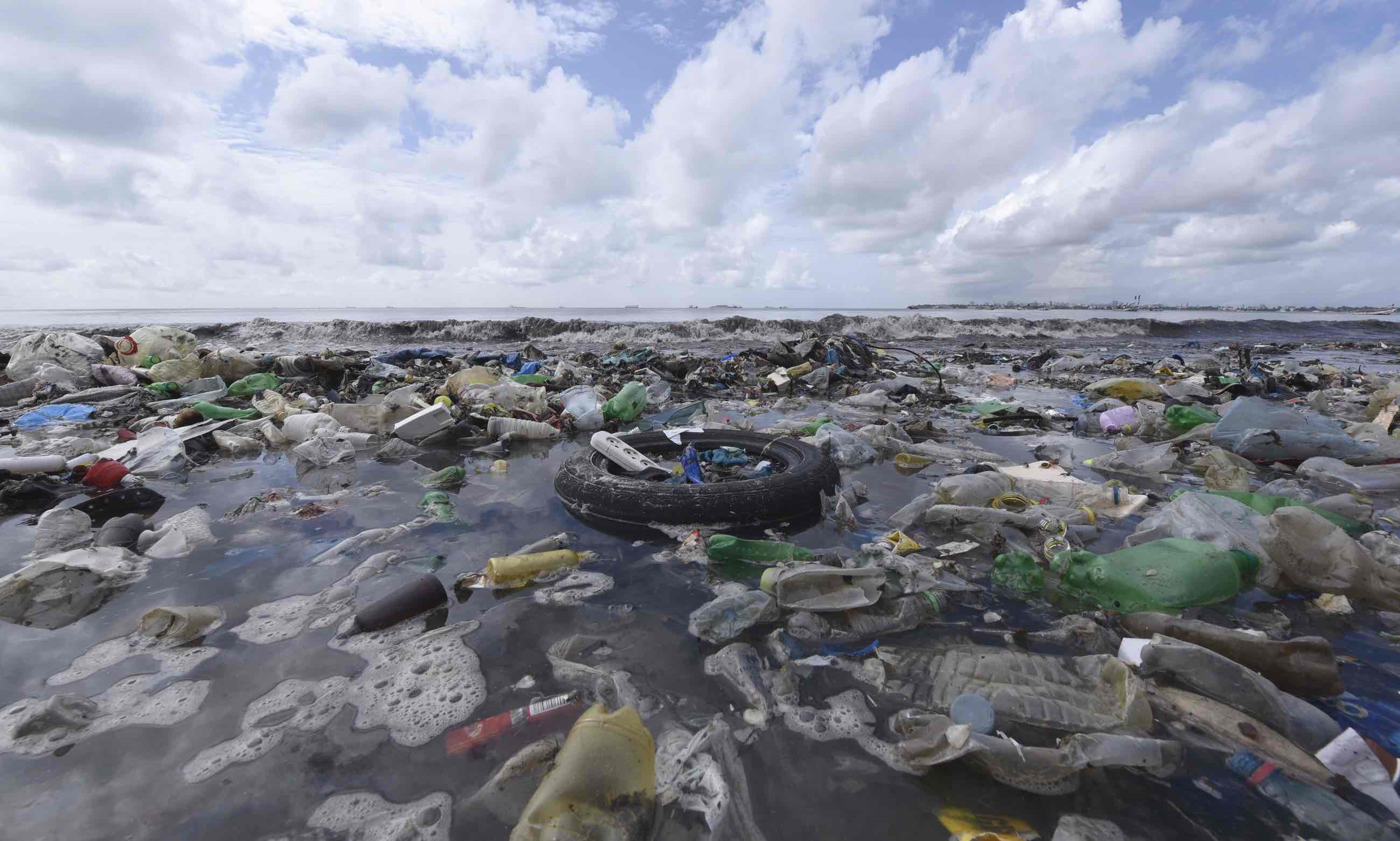 Plastic: a substance that came into existence just over 100 years ago and now appears in every aspect of our lives. In roadside litter, recycling bins, and landfills, its presence does not shock us; it has become part of our human landscape. Not often do we consider, however, the true omnipresence of plastics, including in areas as remote as the deep layers of Arctic sea ice or even within our own bodies in the form of microplastics. 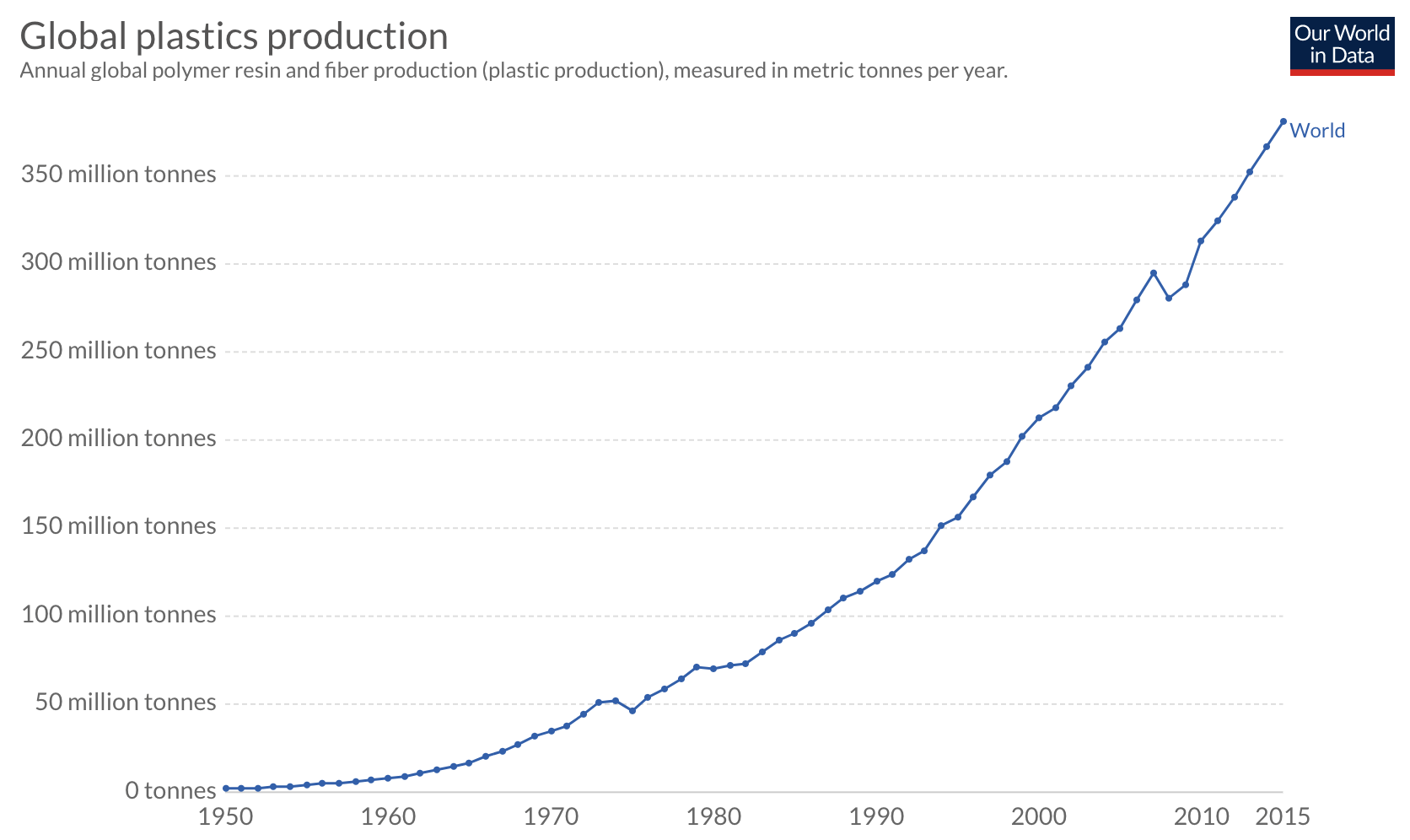 The exponential increase in plastic production since 1950. Source: Our World in Data.

As human development has taken off over the past century, plastic has become one of the most ubiquitous materials used across the planet. However, most of the plastic waste that ends up being mismanaged, and often eventually finds its way into our oceans, comes from East Asia and the Pacific region. A 2010 study uncovered that China was the worst offenderin terms of allowing plastics to enter the ocean. 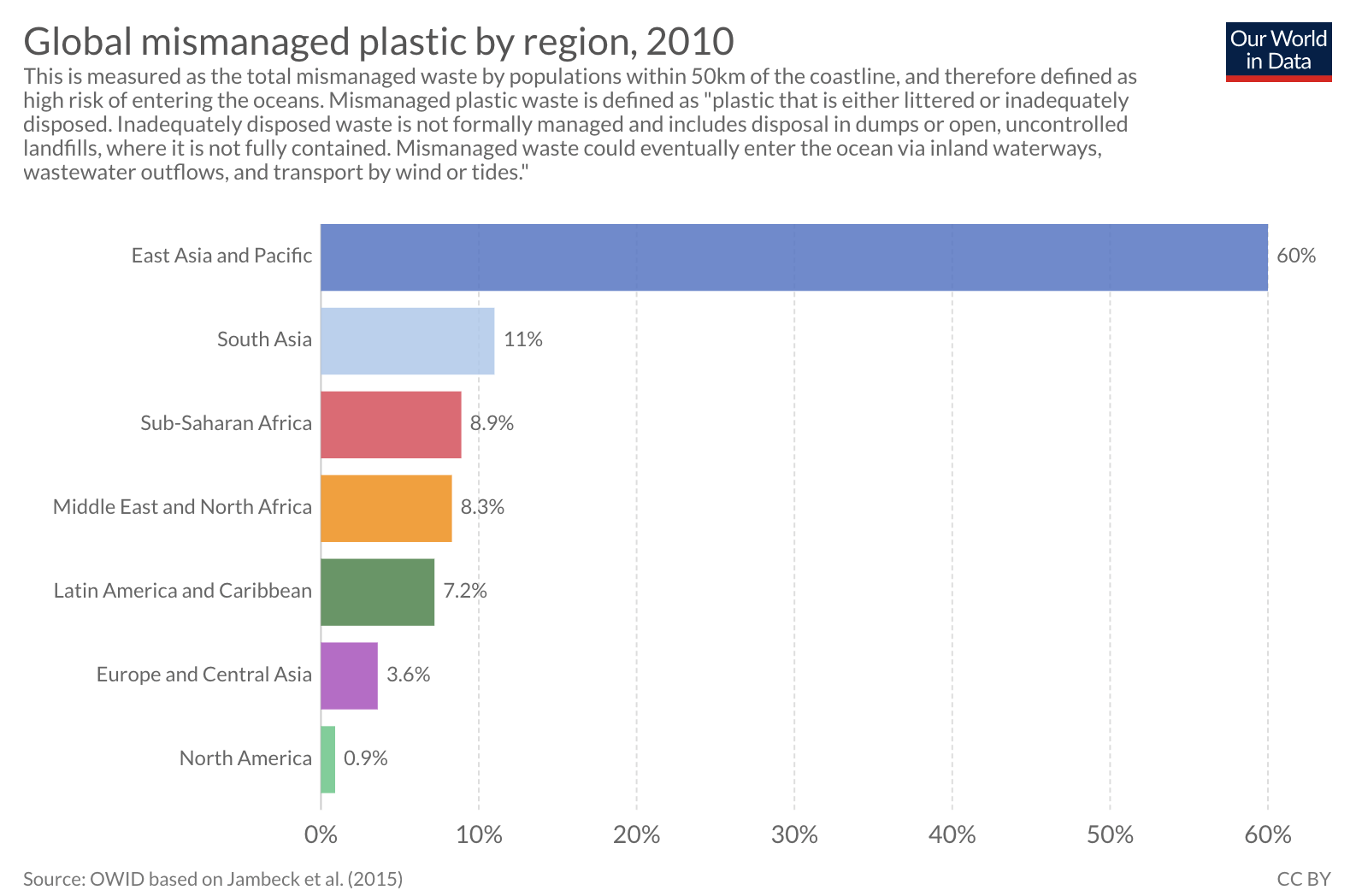 Source: Our World in Data.

Over the past couple years, China has received a great deal of attention in relation to plastic for two paradoxical reasons. The first is the plastic waste import ban that China imposed in 2017 on many of the products that it formerly processed for recycling. The ban was meant in part to allow China to focus on improving its domestic capacities for processing waste, as has been illustrated through comprehensive and restrictive trash-sorting regulations in Shanghai that have taken effect over the past several months. The second reason that China has been grabbing headlines is the dramatic increase in plastic usage over the past several years as the food delivery and online retail industries have boomed in China.

Even as early as in 2018, the Chinese government recognized the significance of the plastic problem posed by these new industries. A 2017 study estimated that the food delivery industry results in the use of more than 60 million plastic food containers per day, which, by the author’s estimate, would be roughly equivalent to the height of 339 Mount Everests if they were all stacked on top of one another.

Formerly, Eleme and Meituan, the two major food delivery companies in China, have publicly recognized the environmental harm caused by their services’ excessive plastic packaging and cutlery. In 2017, Eleme, in conjunction with Green Initiative, launched an effort called “Cut the Cutlery,” which encouraged consumers to opt out of receiving plastic cutlery with their orders. The idea was that if the green effort came from the top, shop owners would not feel as though they were providing an inferior service by refraining from providing plastic eating utensils. Similarly, this past June, Meituan launched an initiative to green its service by granting redeemable points to users who opted out of receiving plastic cutlery with their order.

The fact remains, however, that these industries continue to grow, as does the plastic waste they generate. The shopping holidays that occur every few months in China continue to propel consumers to order greater and greater quantities of online products in order to take advantage of deals, thereby generating ever-increasing amounts of plastic waste. The next (and largest) Chinese shopping holiday, known as “Singles Day,” or 光棍节 (Guanggun Jie), is right around the corner, and sales are forecast to be higher than ever.

Amazon, the catch-all American analogue to Chinese e-commerce giants T-Mall, Taobao, and Jing Dong, recently pledged to become carbon neutral by 2040. While this is a laudable effort on the company’s part, it still does not tackle the issue of the volume of plastic packaging that goes into the delivery boxes of products ordered online. Since the US has lost its main outlet for recycling due to China’s plastic waste import ban and Southeast Asian countries turning away from the practice, this is an area that is unlikely to see much innovation on the American side. Given the massive volume of Chinese e-commerce (a bigger market that US e-commerce) and global and domestic trends toward greener corporate social responsibility efforts, there are currently excellent opportunities for entrepreneurs and Chinese e-retailers to innovate new plastic packaging-reduction solutions. Whatever entity is able to find a sustainable solution to the plastic packaging issue will not only gain global attention but will also strengthen China’s image as a global leader in environmental policy.

Despite recent dramatic increases in plastic usage, there is reason for hope. As more and more research is published on the impact of microplastics on our bodies and environment, from sources that vary from teabags to cosmetics, the issue will become increasingly difficult to ignore. This past March at a UN Environment summit, 170 countries pledged to “significantly reduce” their use of plastics by 2030. The importance of the issue was reiterated by Indian Prime Minister Narendra Modi at the UN Climate Action Summit in September. At the event, Greece also pledged to eliminate single-use plastics by 2021. Earlier this year, the European Union and Canada also respectively committed to ban single-use plastics by 2021.

China has previously taken positive action toward curbing plastic waste via a 2008 ban on ultra-thin plastic bags. More recently, in February of this year, China expanded its efforts by pledging to ban single-use plastics in the southern island province of Hainan by 2025. Hainan’s efforts will include the promotion of biodegradable plastic packaging, as well as a demonstration center for the production of this “green” variety of plastic and a product certification system to ensure that new products meet the single-use, plastic-free standards.

Outside of politics, this past June, the World Wide Fund for Nature (WWF) in China created an alliance with 14 domestic industry and civil society organizations in order to establish the China Net Plastic Action Network, which will work to bring China’s marine plastic waste to zero by 2030. The initiative has three dimensions to its work: zero discard and improved plastic waste management, source reduction (such as a reduction in plastic packaging usage), and strengthening capacities to reuse and efficiently recycle plastics, which will hopefully end in careful substitution that will aid in a clean transition to a plastic-free China.

Considering the increasing body of knowledge of the harms of microplastics, marine plastic garbage patches, and the links between single-use plastics and climate change, if China truly wishes to be a leader in combatting environmental degradation and countering climate change, it must act more quickly and aggressively to address its own role in contributing to these issues. Given the progress already made in the province of Hainan to reduce plastic usage, it should be possible for China to go plastic-free in the near future; what still remains to be seen is whether or not China will show a real sense of urgency and make a national commitment to taking these efforts beyond the local level.

China Environment ProtectionSustainable DevelopmentEnvironmental Protection
printTweet
You might also like
Back to Top
CHINA US Focus 2022 China-United States Exchange Foundation. All rights reserved.