Wastewater Can Save China’s Cities - and the Environment 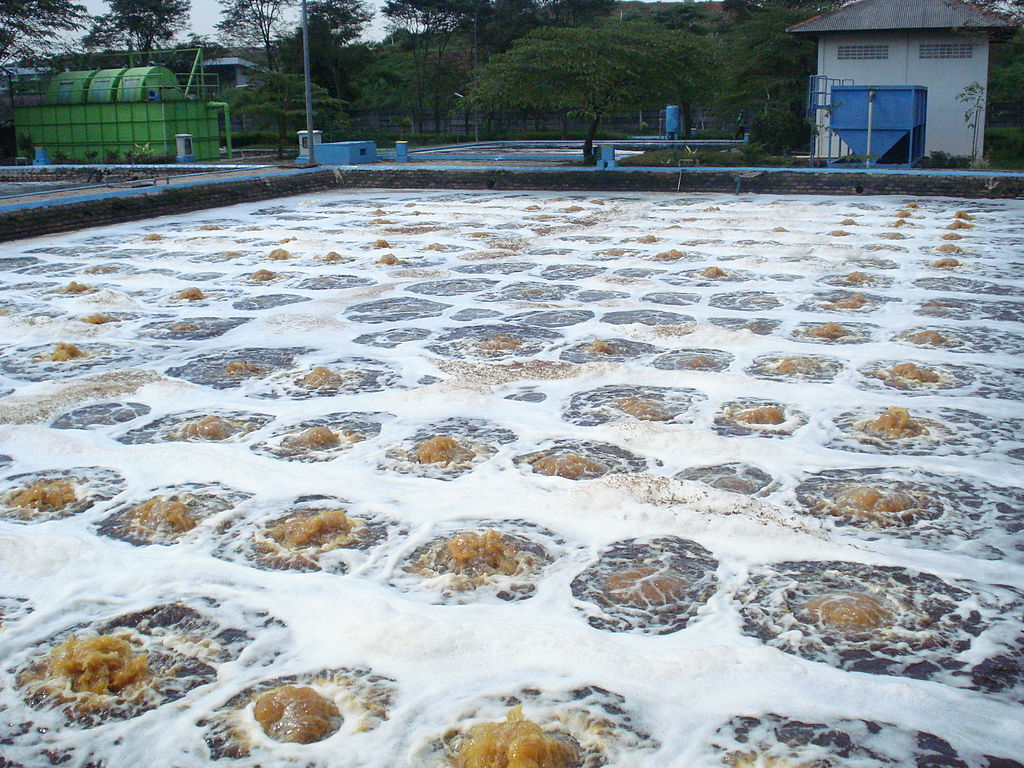 China is home to the world’s fastest urbanizing economy - it now boasts 15 urban areas with a population over 10 million. These booming megacities produce approximately 30 million tonnes of organic sludge annually - only approximately one-fifth of which is properly treated. Because most of China’s sewers collect and transport residential, commercial, and industrial wastewater together as a “combined sewer”, this municipal sludge is a toxic cocktail of heavy metals, bacteria, and pesticides.

This untreated wastewater then enters surface water bodies, like rivers and lakes, and percolates into groundwater - a practice that has contributed to a massive water pollution problem. Currently, 29% of all Chinese water bodies are deemed not suitable for human contact. Worse yet, this pollution exacerbates the nation’s water scarcity, which has plagued China (especially its arid north) for centuries. The nation is home to 20% of the world’s population, but only 7% of its freshwater, leaving cities from Lintao to Beijing high and dry.

This deadly combination of pollution and scarcity now threatens the future of China’s cities.

In recognition of this dire situation, President Xi Jinping named water and wastewater a major priority in China’s war on pollution in 2018.

Because these technologies are being explored and piloted in both the United States and China, wastewater can also serve as a much-needed point of collaboration and exchange between the two nations.

Wastewater can be treated and immediately recycled: once it’s cleaned, the water can be immediately piped back to customers for use. This enables cities to be less reliant on unpredictable rainfall and diminishing groundwater resources. Implementing water recycling at a large scale drastically improves an area’s water security. However, it’s not happening enough in the United States or in China.

The technology to do it safely is proven, but incendiary news coverage that alludes to “drinking sewage” stokes fear (understandably) and leads to public resistance. In fact, this rhetoric led citizens of one town in Australia to fear the idea of treating and re-using their water so much, they voted against allowing it to occur - while their reservoir was at dangerously low levels. But in cities like Singapore, where the government passes out bottles of recycled water to thirsty concert-goers, this technology has been in place for years. It’s also being implemented in water-starved El Paso, Texas.

Beijing has had laws requiring water recycling since 2003, but implementation has been fraught. Across the country, only about 4% of China’s wastewater is recycled, making treated wastewater effluent a significant untapped source of freshwater for the water-scarce nation.

After it’s flushed or drained, a mix of “used” water and sludge is piped to a wastewater treatment plant. At the plant, it goes through a multi-stage cleaning process. Many cities stop there, release treated water into surface or groundwater bodies, and truck the separated sludge to landfills. However, in addition to the standard cleaning process, approximately half of medium and large-scale US plants use a process called anaerobic digestion, or AD. Chinese plants still rarely use AD.

During the AD process, microorganisms “eat away” the organic material in waste. As they eat, they produce methane - an extremely harmful greenhouse gas, with a short-term impact 84 times more potent than that of carbon dioxide.

Uncaptured methane from the wastewater sector accounts for 10% of global methane production. Because so few of wastewater plants in China use anaerobic digestion and methane capture, China is responsible for one-quarter of these emissions.

By capturing methane instead of letting it be released in landfills, Chinese wastewater plants can not only reduce greenhouse gas emissions, helping China meet its commitments to the critical Paris Agreement; they can also convert it to for productive use. Methane gas can be converted to low-carbon biogas vehicle fuel or even electricity, which can be used to power portions of the treatment process. This technology is used in multiple plants in the United States today, and presents a notable opportunity for information sharing between the United States and China as the Middle Kingdom seeks to build up and modernize its wastewater sector in its pursuit of vehicle emissions reductions and environmentally friendly economic development.

Over 80% of sludge is improperly dumped in China. By using AD treatment, remaining digestate (disinfected sludge) can be dried and applied to land, or further treated for use as fertilizer – preventing the waste from entering landfills. Treating sludge and selling it as digestate or fertilizer - as is currently done in Washington, DC - can help put an end to rampant sludge dumping in China. It can also reduce the amount of untreated wastewater that’s currently discharged into the nation’s surface water. Finally, digestate can be used as a part of China’s “sponge city” initiative - where cities are working to reduce surface water floods during storms. Applying the soil-like substance in green urban areas reduces storm water runoff, which contributes to China’s combined sewer problem.

Revamping China’s wastewater sector also presents an opportunity for China-US cooperation in an era of tension. Environmental issues have been used as a bilateral diplomatic tool in the past, from the 2009 clean energy and climate agreements between Presidents Barack Obama and Hu Jintao to the Global Methane Initiative, which works to create public-private partnerships to reduce methane emissions from wastewater, landfills, and agriculture in China and other developing countries. Wastewater can likewise serve as a tool for collaboration and information sharing.

Possible opportunities include partnerships between wastewater plants in China and the United States as well as study tours, where Chinese plant operators can learn about the regulations and markets that support water recycling and AD plants in the US. Opportunities for US businesses to invest in wastewater technology are also expanding, thanks to growing research on the economic opportunities of sludge to energy technology in China. Lastly, wastewater technology development should be expanded via joint research programs, such as the Lawrence Berkeley National Lab’s China Energy Group, a robust water-energy research program with Chinese partners. Initiatives like these offer multiple benefits: not only can they strengthen China’s water security, they also provide a less-contentious ground upon which to begin rebuilding the US-China relationship.

By collaborating with the US to implement anaerobic digestion, methane capture, digestate, and water recycling, China can transform its wastewater and sludge into a valuable resource. If Xi Jinping’s ultimate goal is green mountains and clear water, he should look to his country’s greywater for a solution.