Businesses and Local Governments Step Up after Paris Accord Exit

On June 1, Trump made a decision to withdraw from the Paris Agreement, which badly disappointed a global society united in fighting climate change. Someone even called it the end of the US century.

China and the US are the two largest economic entities and to date the leaders in fighting greenhouse gases, so a US quitting inevitably has influence on China-US economic relations.

The US exit means China and US lose a very important cooperation platform on the central government level. 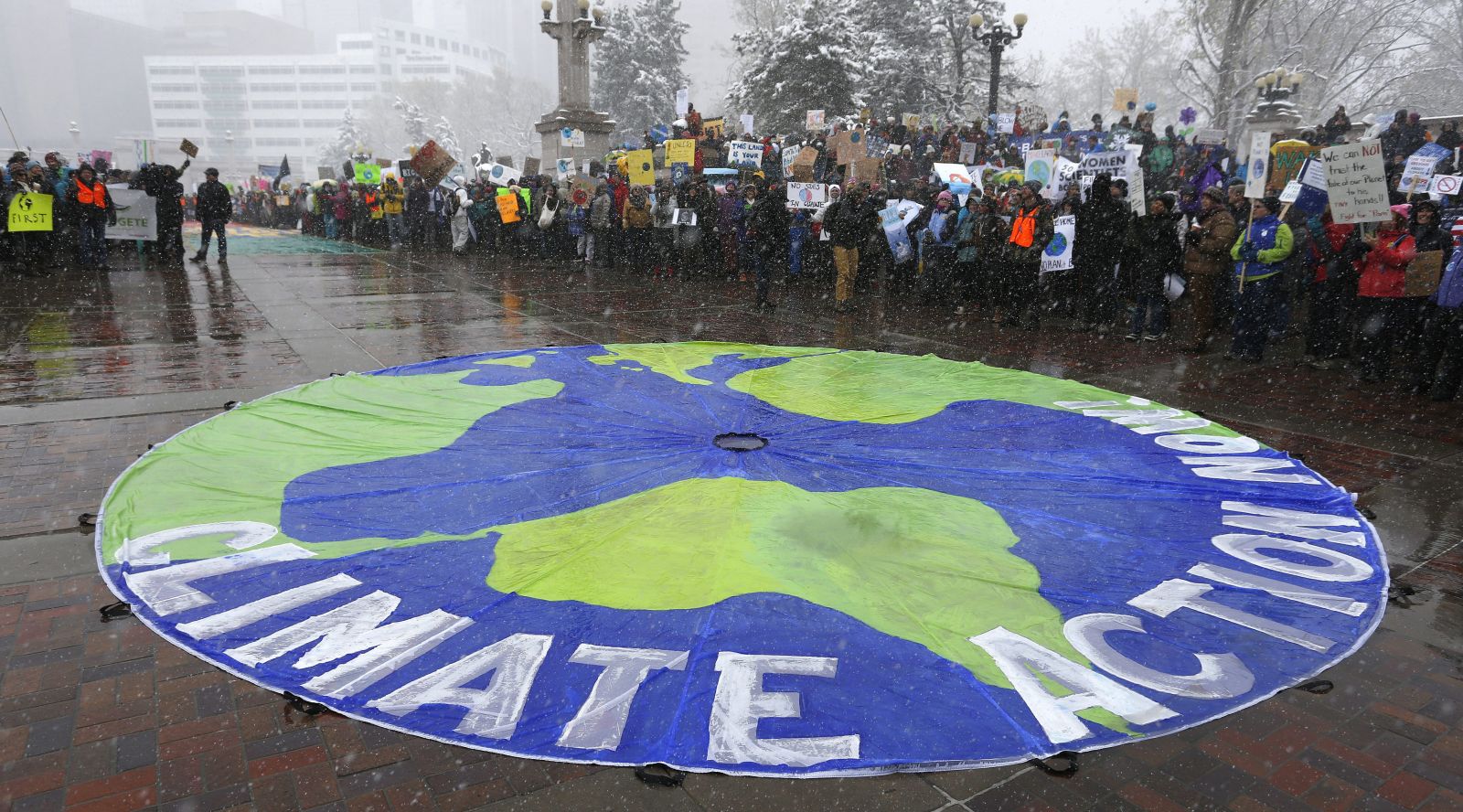 China- US relations are the most important relations in the world, and finding platforms for bilateral relations is meaningful and vital. With joint efforts over the past eight years, the climate change issue has been fostered as a new and significant meeting ground for China and US.

Under the Obama administration, China and the US signed the Memorandum of Understanding to Enhance Cooperation on Climate Change, Energy and Environment (2009), the Memorandum of Cooperation between the Environmental Protection Agency of US and the National Development and Reform Commission of China and to Build Capacity to Address Climate Change (2009), the US-China Memorandum of Understanding to Enhance Cooperation on Climate Change, Energy, and Environment (2010), and the Joint US-China Statement on Climate Change (2013). In November 2014, President Obama and President Xi Jinping stood together in Beijing and made a historic US-China Joint Announcement on Climate Change, emphasizing their commitment to a successful climate agreement in Paris and marking a new era of multilateral climate diplomacy as well as a new pillar in their relationship. On the occasion of President Xi’s State visit to Washington, D.C. in 2015, the two presidents reaffirmed their shared conviction that climate change is one of the greatest threats facing humanity and that their two countries have a critical role to play in addressing it. The two presidents also reaffirmed their determination to move ahead decisively to implement domestic climate policies, to strengthen bilateral coordination and cooperation, and to promote sustainable development and the transition to green, low-carbon, and climate-resilient economies.

The policy coordination process enhances mutual trust and relieves suspicion. The US and China forged a climate-change partnership and reached fruitful outcomes that would have been almost unthinkable years ago. Now Trump's quitting terminates this good central government-level cooperation on climate change.

Under the convention, China and US could continue related talks.

However, the net outcome brought out by Trump's withdrawal decision could be negative. The resulting economic and job losses in the energy sector would pressure Trump to find external excuses. China, which has a large trade surplus with the US, would be blamed most for the job losses. Even so, the losses would push Trump to ask China for more, to “rob Peter to pay Paul”.

In explaining his withdrawal decision, Trump said the Paris Agreement would cost as many as 2.7 million American jobs, saying that the agreement "handicaps the US economy" and his move would help to preserve jobs in power plants, coal mines and other fossil-fuel-generating industries. However many people do not agree with him. Some analysts argue Trump exaggerates the impact on jobs by quitting the Paris Agreement, while underestimating the negative aspects.

In a review titled The US Economic Impacts of Climate Change and the Costs of Inaction by the Center for Integrative Environmental Research (CIER), five key lessons are cited: Economic impacts of climate change will occur throughout the country; economic impacts will be unevenly distributed across regions and within the economy and society; if human society didn’t take action, negative climate impacts would outweigh benefits for most sectors that provide essential goods and services to society; and climate-change impacts would place immense strains on public sector budgets; secondary effects of climate impacts could include higher prices, reduced income and job losses. The Economic Risks of Climate Change in the US by the Risky Business Project projected the climate change impact on US economy has been felt and will likely grow materially over the next two to 22 years and affect future performance of today’s business and investment decisions, For example, though warmer temperatures and carbon fertilization may improve agricultural productivity and crop yields in the upper Great Plains and other northern states, Midwestern and Southern counties could see a decline in sow corn, wheat, soy and cotton yields of more than 10%, As extreme heat spreads across the middle of the country by the end of the century, some states in the Southeast, lower Great Plains, and Midwest risk up to a 50% to 70% loss. Coastal property and infrastructure will likely face the average annual cost of coastal storms and hurricanes up to $35 billion. Greenhouse gas-driven changes in temperature will likely necessitate the construction of up to 95 gigawatts of new power-generation capacity—the equivalent of roughly 200 average coal or natural gas power plants—costing residential and commercial ratepayers up to $12 billion per year. The US Department of Energy estimates that more than 3 million workers in the clean-energy sector would be affected by Trump’s decision. The American Council for Capital Formation's estimation is that Trump's withdrawal will cost $3 trillion and 6.5 million jobs by 2040.

Trump's top priorities for the US dramatic economic transformation that he promised on the campaign trail are preventing job loss and creating new jobs. The economic and job loss would be a threat to Trump. Trump would blame China again for taking away US job opportunities. At the same time, Trump may ask China to import more US energy products.

But Trump's withdrawal does not mean a real disaster.

First, though Trump is not willing to prioritize green energy, he is surely dedicated to preventing pollution. It’s predicted that the Trump administration will put up strict energy efficiency and environment protection standards for buildings, appliances and vehicles. The only difference is, he might shift the responsibility more to the private sectors. Some US companies, including Apple, GE, ExxonMobil and Microsoft, have said they will press ahead with investments in environment-protective technologies. These standards and related technology updating could mean new cooperation areas for China and US.

According to media reports, some US local governments insist on fighting the climate change on their own. Pittsburg’s Mayor Bill Peduto shot back at Trump on Twitter: “As the Mayor of Pittsburgh, I can assure you that we will follow the guidelines of the Paris Agreement for our people, our economy & future”. Currently, 29 states in the US already have mandates for the use of renewable electricity, and many have tax breaks and other supports for technologies to cut emissions. For example, California has set a target of cutting greenhouse gas emissions by 40 per cent from 1990 levels by 2030. It already has built a large emissions trading scheme, and state lawmakers are thinking to extend it beyond 2020. Nine states including New York in the northeast US are part of a regional system of trading greenhouse gas emissions permits.

Currently, China’s provincial and municipal governments are working hard to realize green development, to reduce air pollution and to invest heavily in environmental protection. Trump’s federal decision to quit the Paris Agreement would to some extent push the bilateral communication and cooperation at local levels.

Third, Trump’s passive stances on clean energy will have a negative impact on US companies’ enthusiasm to develop clean energy domestically and actually limit the development of the US clean-energy market. US companies have invested hugely in curbing greenhouse gas emissions. In order to stay profitable, they are sure to cast their assets beyond the US. As the largest burgeoning market, China's welcoming attitude on environmentally friendly technologies is sure to be attractive. China is definitely an ideal port for such capital and technologies. In the future, we will see more and more cooperation led by local governments and private organizations.