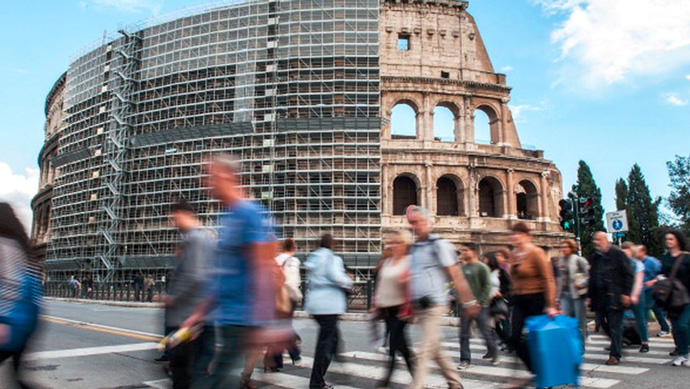 Forty years ago, when China opened its doors to Western markets and foreign trade, few countries could have predicted the enormous role China would play and the influence it would exert on the global economy. However, as China’s presence and engagement in the international community has grown over the decades, it has gained a great deal of criticism and worry from the global community, largely for its human rights violations, trademark and intellectual property theft, and its military expansion into the South China Sea.

If that wasn’t enough, China has found itself in hot water with the United States and attempting to de-escalate tensions from a trade war that has had harsh repercussions for both sides. Despite the Trump Administration’s aggressive stance towards China, President Xi Jinping continues to forge ahead with the promise that China’s growth is a “peaceful rise.” China steadfastly paints the communist nation as a defender of globalization and multilateralism, supporting agreements such as the Paris Climate Accord.

However, President’s Xi Jinping’s recent consolidation of power has been a growing point of concern, particularly to the European Union, which Xi Jinping is currently trying to court as a partner for China’s One-Belt-Road Initiative. The initiative, also known as a 21st Century Silk Road, seeks to open and connect markets in East Asia and Europe through investment initiatives, development, and infrastructure projects.

Europe has now found itself between a rock and a hard place. China has been offering up enticing economic and diplomatic agreements that would not only help secure individual European state markets, but also strengthen and uphold the current multilateral system, a point of importance for the European Union as a whole. This includes agreements such as climate change and upholding the Iran Nuclear Agreement, two areas which the United States has pulled back from.

To make up for gaps that the U.S. is now reluctant to fill, Europe has been presenting itself as a united front when dealing with China. This was most recently seen when French President Emmanuel Macron hosted Xi Jinping, along with German Chancellor Angela Merkel and President of the European Union Commission Jean-Claude Juncker.

However, China knows that dealing with Europe as bloc is not ideal in accomplishing its own goals, especially when it comes to the Bel and Road Initiative, and it has already begun to work on what seems to be a divide-and-conquer strategy within Europe. Italy, the E.U.’s third largest economy and one of the founding members of the European Union, recently rolled out the red carpet for Xi Jinping, where leaders met over three days. The meetings concluded with Italy signing onto the Belt-Road Initiative. This has become a point of contention for both the United States, which pressured Italy not to sign any agreements, and Europe, which is struggling to pressure China to be more reciprocal in its deals.

Despite Prime Minister Li Keqiang’s statements that China is “prepared to develop its cooperation” with Europe, there is a growing concern that this is more or less a cover for its real interests. This worry is only exacerbated by the fact that Europe has found it increasingly difficult to coordinate and align policies with the United States. This has given China a prime opportunity to offer Europe carrots, whereas the United States has been offering sticks.

French President Emmanuel Macron who, along with Germany, is leading the conversation to further unite the European Union, said, "China plays off our divisions," undoubtedly a reference to the increased number of bilateral deals it is making with European nations, such as Greece, Portugal, and most notably, Italy. He also called for Europe to end its “naivety” towards China, and has called for China to further open its markets to Europe.

With Italy having signed onto the One-Belt-Road Initiative, it has signaled two points that paint a larger, and potentially concerning future for Europe. On the one hand, China has now captured one of Europe’s largest and most indebted countries, despite pressure from its close historic allies, such as the United States. Secondly, the wave of nationalism that is growing in Europe  has offered China an opening to wedge its way into Europe through bilateral agreements with individual states, undercutting the European Union as a whole and allowing it to cut deals that are more lucrative for itself.

With the United States not offering the political and economic support Europe needs to offset China’s influence, leaders like Macron and Merkel face the challenge of retaining the multilateral global order today, while also engaging China on key economic and global issues. A key factor that will undoubtedly influence the outcome of this will be the next presidential election in the United States. Will a leader be elected who will pivot back to the historic relationships with Europe, or will Donald Trump be re-elected, forcing the E.U. to navigate open waters with China alone?

China-Europe RelationsBelt and Road
printTweet
You might also like
Back to Top
CHINA US Focus 2022 China-United States Exchange Foundation. All rights reserved.