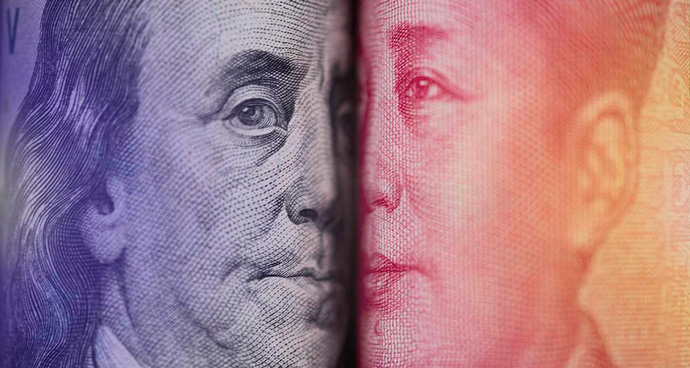 Concerned about the rapidly shifting balance of economic power and alleged unfair trade practices, the Trump administration began a deliberate policy of trying to constrain China’s economic progress in mid-2018. It weaponized the economic policy of the United States to target China, first with tariffs and then spreading to technology, people-to-people exchanges and, most recently, finance.

It is therefore good news that a phase one trade deal seems in the offing. But this deal amounts to a cease-fire at best. Indications are that it covers only a limited number of issues, including tariffs, intellectual property, access to China for U.S. financial services and trade in agricultural products. The most serious disagreements are left on the table, including industrial subsidies, market access and the role of Chinese state-owned enterprises.

At this time, both sides seem eager to de-escalate the conflict, since the economic pain is slowing both economies and U.S. elections are looming in late 2020. Nonetheless, there is considerable uncertainty about whether the truce being negotiated will prove stable and enduring. Over the past few months, it seemed as if the Trump administration was looking to exploit whatever vulnerabilities China might have. Finance became the latest battleground.

Financial sanctions exist at a different level of complexity than trade tariffs. The direct economic effects of tariffs are rather easy to calculate. Indirect effects are more difficult to ascertain, as seen in the slump in business confidence the tit-for-tat tariffs have created, ultimately triggering a global manufacturing recession. If financial sanctions are the next front in this economic war, they promise to bring many more unintended consequences than did tariffs.

The prospect of the U.S.-China economic war spreading to finance has most commonly been mentioned with respect to China weaponizing its large holdings of U.S. Treasury notes and other debt instruments. Often referred to as the “nuclear option,” China could choose to dump a large pool of U.S. assets. This would likely destabilize world financial markets and drive up American interest rates.

However, such a move could also very well be self-defeating. China dumping treasuries and other securities would mean that their prices would go down, causing a loss for China. Even more important, such a move would unlikely reach its desired objective — massive economic pain for the United States — for several reasons.

First, the U.S. Federal Reserve could use quantitative easing to stabilize markets. Additionally, because of America’s exorbitant privilege, instability in financial markets would likely trigger flight-to-quality flows, which tend to support the U.S. dollar. Finally, China has few choices on where to put its foreign-exchange reserves other than U.S. Treasury notes. Government bonds in most other developed economies are either ultra-low or negative-yielding.

In the end, the so-called nuclear option could hurt China more than the United States. Most financial analysts see an aggressive reduction of Beijing’s U.S. holdings as a remote possibility. No one takes this prospect very seriously, though it does pop up now and then in the news cycle.

This time, rather than China acting as the aggressor, the Trump administration is reportedly considering a variety of financial measures, including a push to restrict U.S. government pensions from investing in China, pressure on U.S. stock index providers to limit exposure to Chinese assets in their indices and efforts to increase scrutiny of Chinese companies listed in the United States with the threat of forcing them to delist. Such efforts are in conjunction with the Equitable Act, a bipartisan bill making its way through Congress.

The discussion of potential financial sanctions on China is one more example of how the Trump administration is leveraging the dollar’s dominant position to advance geopolitical objectives. It continues to hold a near monopoly, since there is truly no viable alternative at this point. But Washington would be playing a risky game if it started a financial war with the largest foreign holder of U.S. securities and, even more important, the second-largest economy globally, the world’s largest trading power and the globe’s biggest oil importer.

Trump’s repeated leveraging of the dollar undermines trust among the holders of American assets. For example, if Chinese companies face the threat of being delisted from U.S. exchanges, how many foreign companies from other countries will be willing to list on a U.S. stock exchange? Similarly, repeated threats to non-U.S. residents to freeze their assets could drive money away from American shores. No wonder calls are growing globally for an alternative to the U.S. dollar.

China has been advocating for such an alternative for the last decade. If the Trump administration puts sufficient pressure on China, it will greatly speed up the effort. While the euro and yuan each have their problems, history shows that change in the international monetary system can come very rapidly. The U.S. dollar, for example, rose from near global irrelevance before 1913 (the year the Federal Reserve was established) to become the world’s most important currency around 1925.

In other words, too much pressure on China could accelerate the creation of an alternative monetary system and hasten the decline of the dollar as the world’s sole reserve currency — one of the foundations of U.S. preeminence. Already, the Trump administration’s moves have encouraged both friends and competitors alike to search for a means of circumventing the U.S. dollar. Anne Korin from the Institute for the Analysis of Global Security recently noted how “very powerful countries” are seeking to undermine the dollar’s importance. “Major movers,” such as China, Russia and the European Union have a strong “motivation to de-dollarize.”

Once an alternative monetary system takes root, China could hypothetically declare its unwillingness to hold U.S. dollar assets and even bar its citizens and corporations from doing so. While this seems like a far-fetched prospect at present, such moves could fundamentally destabilize the U.S. economy. American politicians should not forget that the United States runs large current account and fiscal deficits, a recipe for sudden stops that tends to cause extreme financial disruption.

Expanding the U.S.-China economic war to finance therefore involves massive risks, both for China and the United States. But it is Washington, especially, that needs to think through the potential ramifications of any financial aggression. A financial war would deepen Chinese mistrust of the United States and hasten the search for an effective means of circumventing the dollar. By picking a shortsighted fight with China over finance, the administration could be seriously undermining American power in the long run.