China Injects Vitality into the G20 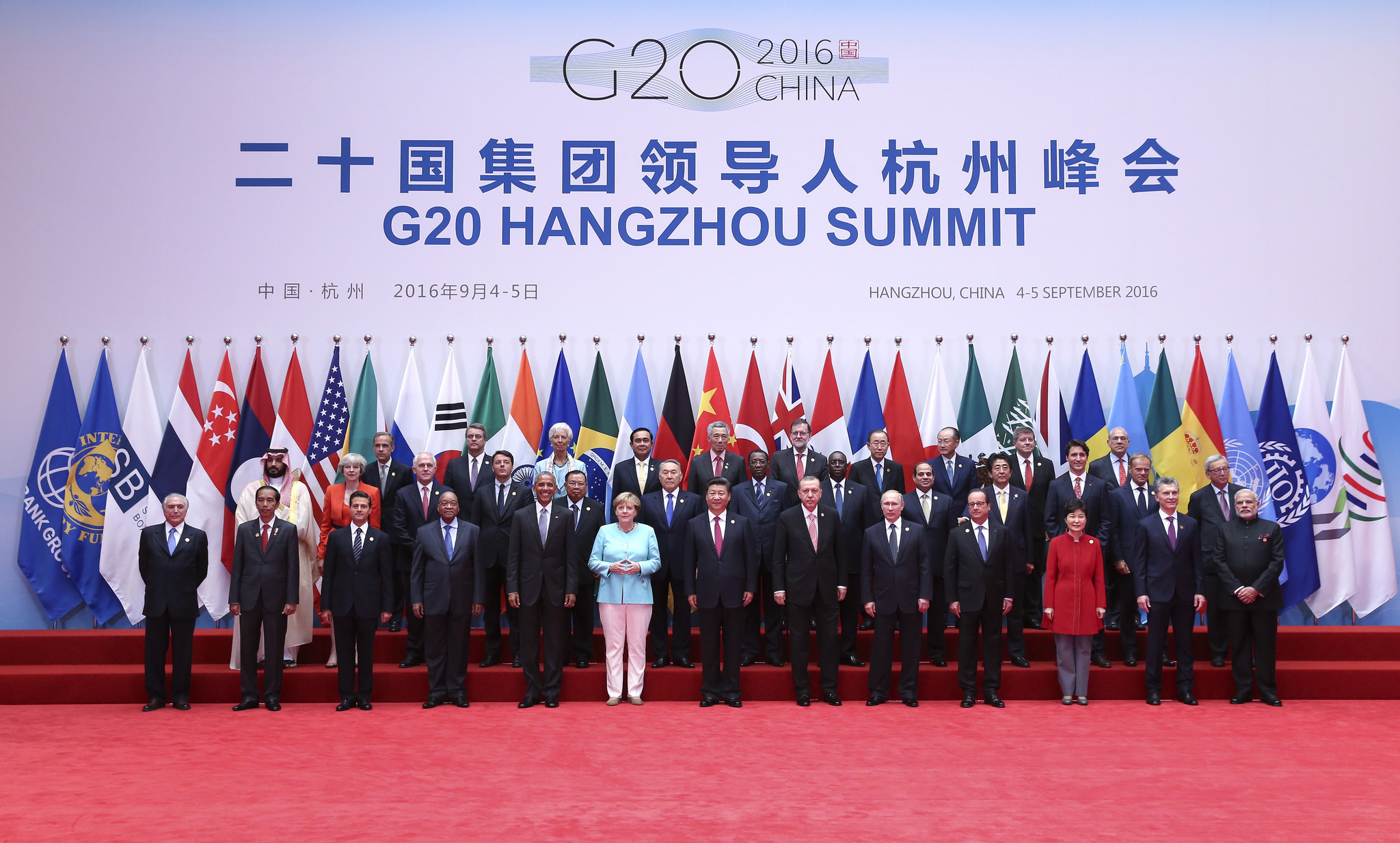 On December 1, the G20 Summit in Buenos Aires, the Argentine capital, concluded with a declaration issued. The summit marked the 10th birthday of the G20, an international coordination mechanism comprising of both developed and developing countries. The G20 represents 85% of global GDP, 75% of global trade and one third of the global population. The G20 meeting is really a big gathering to take the pulse of the world economy and defend common development. This year’s meeting, convened against the backdrop of rising protectionism and anti-globalization sentiments, drew worldwide attention and served to test how the organization would carry on its promotion of inclusive and sustainable development.

This year’s summit, with “Building Consensus for Fair and Sustainable Development” as the theme, focused on topics including the global economy, trade and investment, sustainable development, and climate change. The G20 is committed to promoting free trade, preventing protectionism, and ensuring the sustainable development of the world economy. The leaders’ declarations of the past G20 summits all clearly opposed trade protectionism. This year, amid rising protectionism, trade friction has become the biggest risk to the development of the world economy, and all parties should try to defend multilateral trade and investment, and safeguard the mission of the G20.

This year marks the 10th anniversary of the global financial crisis. Although the world economy has moved out of the shadow of shrinking trade, it is now under the attack of protectionist policies and at a crossroads between cooperation and confrontation, and faces the risk of downward pressure. Which road will the G20 take, an open and inclusive multilateral path or a crooked road of unilateralism and protectionism? This was the choice facing the G20 this year.

The collapse of Lehman Brothers triggered the global financial crisis, leading to dramatic economic recessions. Under such grave circumstances, the international coordination mechanism led by the Group of Seven became very ineffective in coping with the crisis, and was unable to find a path to recovery for the global economy, and the global attention shifted to emerging economies, including China. Therefore, a global economic governance and coordination mechanism, with a bigger say for developing nations, was instituted. Leaders of the G20 nations met for the first time in Washington DC in 2008, and the G20 summit mechanism was officially established.

When the G20 mechanism was formed, it marked an end to the old production system, fund supply system, and capital export system which were dominated by the developed nations, and ushered in a new era in which developing countries began to have a bigger say in the governance of the world economy. And during this process, the developing nations also acquired the rights to external fund supply and external investment. All this helped promote the redistribution of global economic power.

Against such a backdrop, the Chinese economy developed fast, thus accelerating the profound changes to the global economic landscape and structure. In particular, after the global financial crisis, the size of China’s economy exceeded that of Japan, rising to account for more than 15% of the global total in 2017, next only to the United States (which accounted for 24%). Also that year, China’s trade amounted to nearly $4 trillion, making it the biggest trader in the world, and the amount of its outbound direct investment exceeded $180 billion in 2016, occupying an important and irreplaceable role in the world.

In the past 10 years, Chinese leaders attended every G20 summit, and contributed Chinese wisdom and Chinese proposals to improving global economic governance. The China elements have helped inject new vigor and vitality into the global governance mechanism. China has been playing an increasingly important role in the global system. When China played host to the G20 Summit in 2016 in Hangzhou, it focused on open, inclusive, and sustainable development. The Hangzhou summit helped elevate the G20 governance system, and became a milestone its history.

At this year’s summit, amid rising anti-globalization trends and policies, Chinese President Xi Jinping delivered a keynote speech titled “Look Beyond the Horizon and Steer the World Economy in the Right Direction”. In the speech, Xi called on all G20 members to closely follow the underlying historical trend in mankind’s relentless quest for development and progress and to promote the unstoppable trend towards openness and integration among countries. After the global financial crisis, the ever-growing and expanding industrial chain, value chain, and supply chain have boosted the flow of production factors across the world and led several billion people out of poverty and towards prosperity. This reflected the need for productivity growth, and the future of relations of production is dictated by the law of economics, and conforms to the development of human history.

In the move to oppose trade protectionism, all countries should reach extensive consensus on its risks. At the summit, President Xi made the following proposals: Stay committed to openness and cooperation and uphold the multilateral trading system, and not impose one's position on others; forge strong partnership and step up macro policy coordination; stay committed to innovation and create new momentum for growth; and stay committed to win-win cooperation to promote inclusive global development. He said that all countries should work together for a free, open, inclusive, and orderly international economic environment.

A Community of Shared Future for the MankindG20
printTweet
You might also like
Back to Top
CHINA US Focus 2022 China-United States Exchange Foundation. All rights reserved.