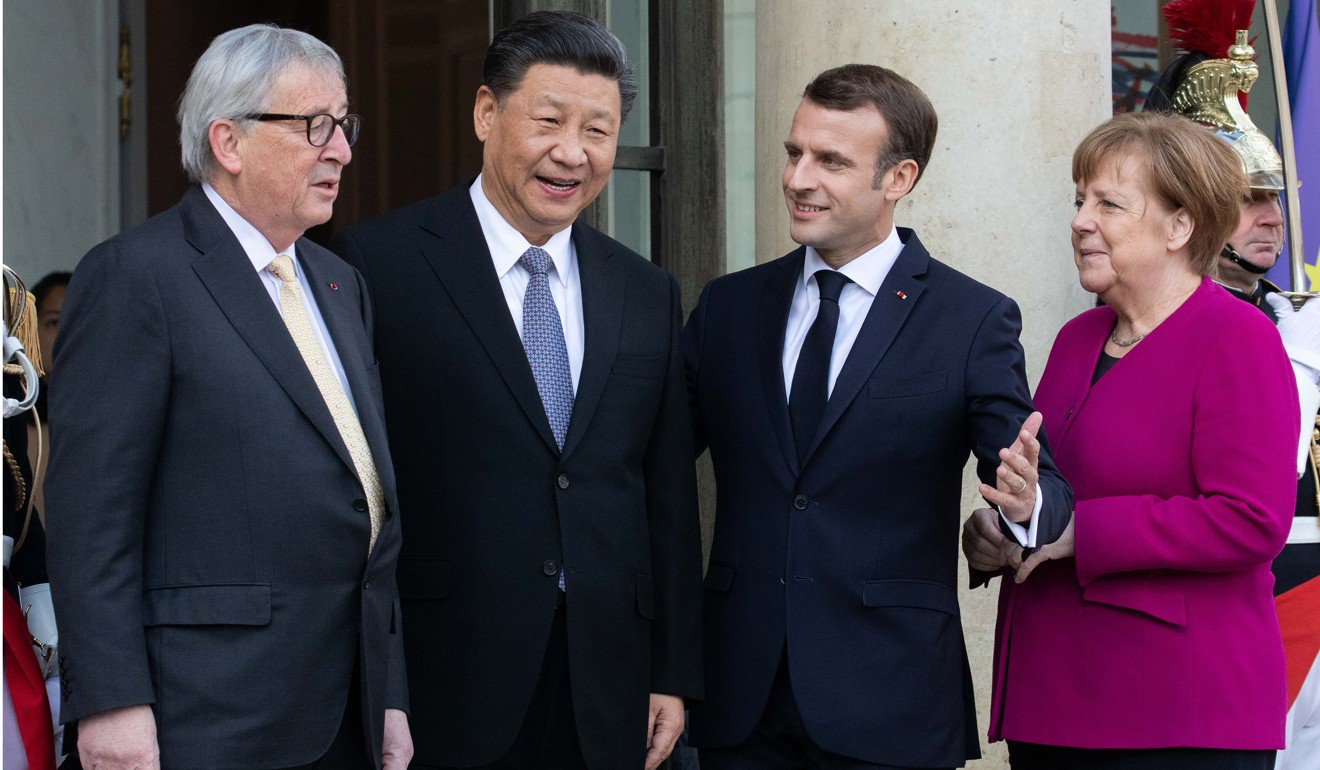 The US pushback against China has entered a new, worrying phase. Trump’s decision to allow the ban of US goods and services from companies controlled by “adversary governments” will be remembered as a historic turning point in US-China relations. The inclusion of Huawei in the Commerce Department’s Entities List prevents both US and foreign companies, which rely on US components, from supplying one of China’s most successful global companies, one that is emblematic of China’s massive market, of its economies of scale and state protection. This countermeasure, and the dangling threat of more to come, will effectively curb China’s rise: global suppliers will seriously rethink the risk of doing business with China’s multinational enterprises, their technological catch-up will effectively slow down and, in the process, customers will shun Chinese products. This is, in a nutshell, what the United States is pursuing as of now.

US allies in Europe and the Asia-Pacific share many of Washington’s concerns with regards to China. In the past two years, major European players have acted upon their preoccupation with China’s lack of economic reciprocity, its distorted market practice and its coercive use of economic levers for political purposes; moreover, France and the United Kingdom have sailed warships through the South China Sea in support of freedom of navigation there. More recently European warships have sailed through the Middle East to stage military exercises with Japanese, Indian and US partners in the Indian Ocean to make a point about China’s growing presence in those regions. Given closer proximity to China, Japan and Australia have been warier of the security implications of China’s rise, to the extent that the Abe government was very frustrated with the Obama administration’s softer approach towards China. While prioritizing China, Trump has decided to wage its tariff wars with friends and foes alike, thus making his approach inconsistent. Trump’s preference for dealing with counterparts one-to-one from the US bully pulpit has effectively jettisoned strong coordination with the EU and Japan against China. Moreover, the US has weakened its own position and its allies’ resolve with steel and aluminium tariffs, and by dangling the Damocles sword of auto tariffs.

To be sure, Trump’s maximalist approach has kept China thinking and, in the process, has softened its posture in foreign and security policy more broadly. In return, China has accommodated some of the demand of US allies and the next G-20 summit is a good indicator that China is trying to amend – at the very least rhetorically — its government financing practice. A strong degree of China wariness among US allies will remain, as they’ll manage China-related risks, such as the unveiling of new foreign investment screening regulations in both the EU and Japan, and an EU-wide risk-assessment process on 5G network rollout. In other words: there is a degree of complementarity and positive side effects, if involuntary, in which US allies are good cops to Trump’s bad cop.

Many US allies (and others) will benefit from trade diversion and import substitution as the US-China tariff war heats up, but US allies do not want a US-China economic and technological decoupling. Nor will US allies want a Cold War, because China is not the Soviet Union- an over-confrontational China policy that isolates and tries to keep down the Middle Kingdom may well turn China into an enemy. Most US allies’ China policy will be defined by cooperation with Beijing when interests converge, a firmer position when the same collide and an insistence on multilateral approaches and norm-building to better shape the trajectory of China’s staggering ascendance. The preservation of the international rules-based architecture –at the very least the economic leg of that order– will be key in dealing with an authoritarian state-led economy, as China grows. In this context, the US government’s open disdain of WTO rulings and its early and consistent decision to block the appointment of judges sitting in the Appellate Body are highly problematic. They indicate that the US aims at neutralizing the leading multilateral institution that promotes, regulates and facilitates the enforcement of free trade. In fact, the USTR is hollowing out the WTO’s Dispute Settlement Mechanism to allow for Trump’s unilateral bully tactics through bilateral tariffs.

The US government’s approach has been erratic and contemptuous of its traditional allies. In fact, discussions on worsening China-US relations in Washington DC hardly ever mention the role of US allies in all of this. Worse still, they are taken for granted. In fact, they’ll be very careful in avoiding unneeded economic iron curtains that will trigger a global slump and, even worse, reverse the clock to an age of protectionism and beggar-thy-competitor policies. US allies should grow aware that, absent economic rules of the game, we all face the dangers of a nastier, brutish world dictated by the pure logic of “might makes right” also in the economic sphere. Some of the US’s instincts on China are right, but this doesn’t mean that it has to bring down our common economic house to confront it.