Latin America Can Deal with Both China and the US 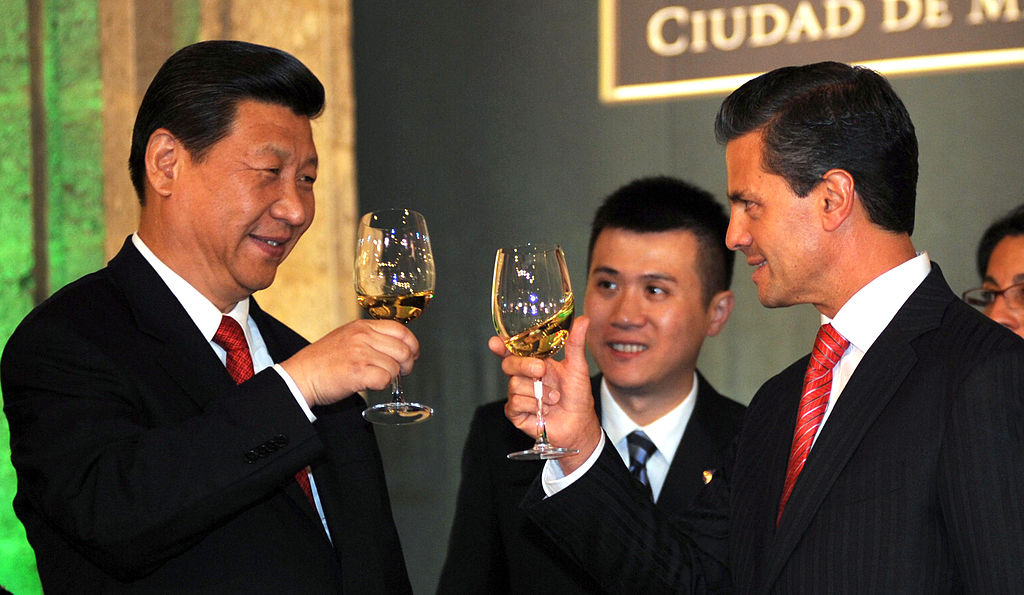 Chinese President Xi Jinping’s visit to Argentina has ushered in a new era and written a new chapter in China-Latin America ties.

However, the U.S. always makes groundless accusations and criticisms of China-Latin America cooperation, especially after Donald Trump became the president.

U.S. politicians and strategic thinkers such as Rex Tillerson, the former Secretary of State, David Malpass, Under Secretary of the Treasury for International Affairs and Evan Ellis, research professor of Latin American studies at the Strategic Studies Institute of the U.S. Army War College argued that China’s Latin America policies posed a series of realistic threats to a U.S. that was gradually losing its capability to influence the region. Meanwhile, some U.S. scholars like Margaret Myers, the director of the Asia & Latin America Program at the Inter-American Dialogue, believed that the U.S. should strengthen its own cooperation with Latin-America.

The debate almost leads to the conclusion that the U.S. should push back China’s influence in Latin-America, which also coincides with the Trump’s administration’s misperception of China as a “strategic competitor”. In other words, the unease of the U.S. towards China-Latin America cooperation translates into real actions and policies.

For instance, one day before Chinese Vice Foreign Minister Qin Gang’s visit to Panama in October, U.S. Secretary of State Michael Pompeo traveled to Panama and warned the country against doing business with China and accused Chinese state-owned enterprises of engaging in “predatory economic activity”. The warning reflects the Trump administration’s belief that China-Latin America cooperation will inevitably undermine U.S. interests in the region.

But that is not the truth. China-Latin America cooperation would not threaten U.S. strategic interest in the region. First of all, China has not challenged the U.S.’ economic role in Latin-America. The biggest concern on the U.S. side is that the rapid increase of China’s exports to Latin America will grab the major parts of the Latin-American markets at the expense of U.S. enterprises. However, the U.S. remains the largest economic partner of Latin-America and also the biggest trading partner of most Latin-American countries.

Although the trade volume between China and Latin-America surpasses $250 billion in 2017, the trade structure still heavily relies on the exchange between commodities and medium- to low-end manufactured goods. The U.S. plays a leading role, for the most part, in the high added-value markets of Latin-America and the region. It is hard to imagine any other countries challenging or replacing U.S. dominance in Latin-America’s economy.

Second, China poses no threat to U.S. security interests in Latin-America. The U.S. has a perennial concern that as China enjoys close ties with left-wing countries like Venezuela and Cuba, it will make U.S. hard pressed to disseminate its own idea of “democracy” and “rule of law” in the region. In addition, the U.S. pays close attention to defense cooperation between China and Latin-America, suspicious of China’s intentions to collect U.S. military intelligence via third party cooperation. For Latin-American countries, to cooperate with China has long become the national consensus rather than a point of contention. China is committed to dealing with Latin-American countries on equal footing regardless of their different ideologies and paths of development.

On military cooperation with Latin-America, China always takes the U.S.’ concerns into consideration while limiting China-Latin America cooperation in the fields of personnel exchanges, non-combat military operations, and traditional arms sales, in order not to provoke U.S.’ sensitive nerves. Nevertheless, the U.S. has constantly facilitated military and security intelligence exchanges with its traditional allies such as Columbia, Mexico, and Argentina in the name of countering drugs and terrorism.

China is not undermining U.S. influence in Latin-America. There is a widespread belief in the U.S. that China intends to expand its financial influence in the region as a creditor country. The U.S. also holds that China is promoting several multilateral mechanisms such as the Community of Latin American and Caribbean States and the Latin-American Parliament to replace the regional role of the Organization of American States. Yet the U.S. has ignored the fact that although China’s state-owned banks offered around $150.4 billion in loans to Latin-America, this is because the World Bank and Inter-American Development Bank dominated by the U.S. set strict limits on offering capital to the region and could not help those countries solve their fund shortages.

China never coerces any Latin-American countries to get into debt and will never influence those countries via debts. As for the larger picture of China-Latin America cooperation, neither side believes there is a strategic necessity to push the U.S. out of the region.

China-Latin American Relations
printTweet
You might also like
Back to Top
CHINA US Focus 2022 China-United States Exchange Foundation. All rights reserved.