Maduro May Have to Leave Venezuela, but China Won’t 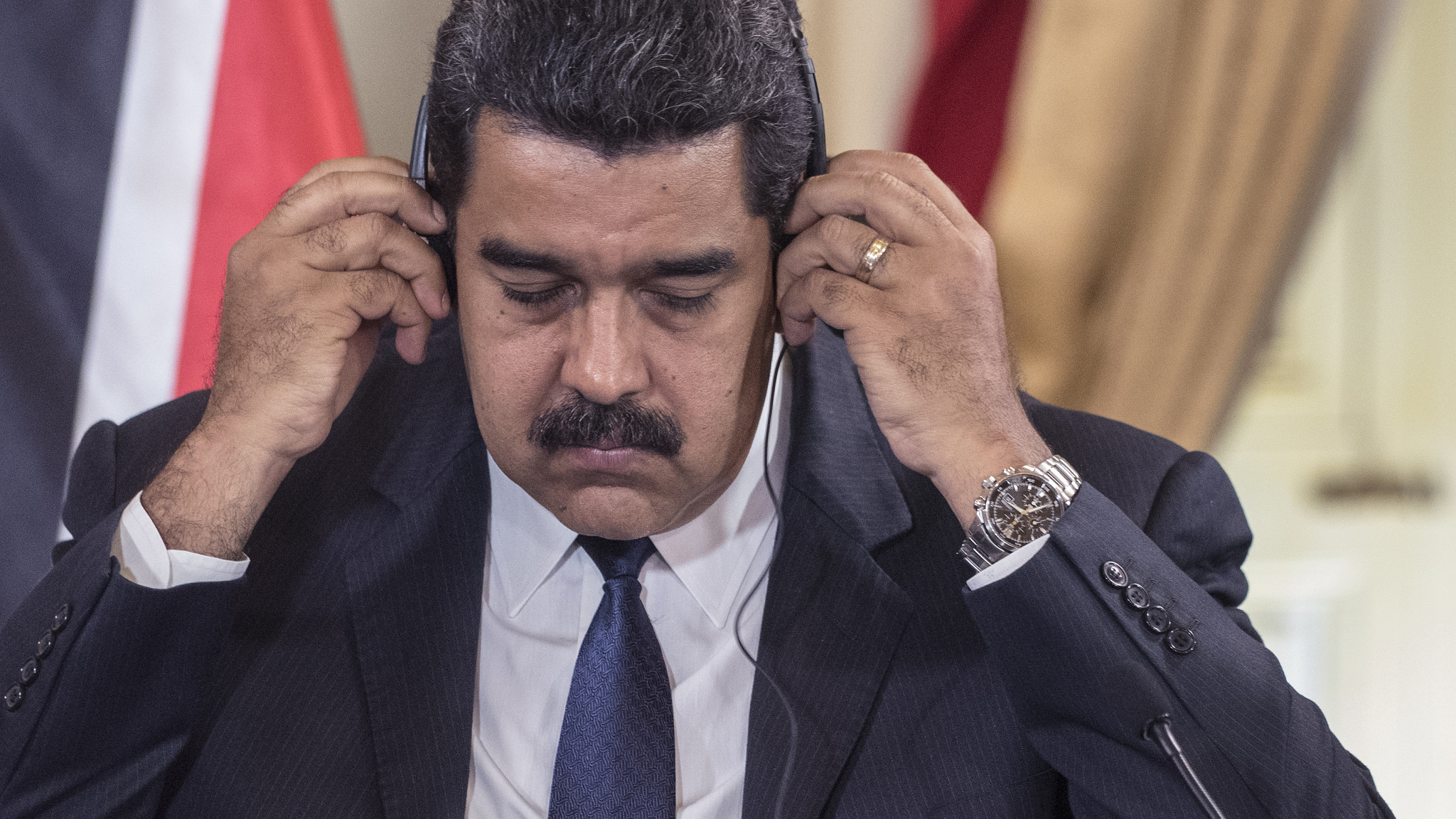 The unfolding political crisis in Venezuela has added to the economic and humanitarian crises that have been developing for years. While China stands to lose over $60 billion in loans, credits, and trade deals it negotiated with the Chavista regime, the long-term relationship may not change much.

The immediate crisis is the result of a constitutional conflict. Nicolás Maduro’s recent election, in which only 20% of the electorate voted, is almost universally regarded as illegitimate. Because he disempowered the opposition-majority legislature and disqualified all other presidential contenders to win the presidency, only a handful of nations recognize Maduro’s presidency. Under Venezuela’s constitution, in such a flawed election the president of the National Assembly becomes interim president and may call a new election. After Maduro’s inauguration, the National Assembly elected its speaker, Juan Guaidó, as interim president. Several countries, including the United States, Canada, France, Germany, Argentina, Brazil, Colombia, and Costa Rica have recognized Guaidó as Venezuela’s legitimate president. In recent weeks, hundreds of thousands of Venezuelans have demonstrated, calling for Maduro to step down. Many opposition leaders believe Maduro should secure refuge abroad, either in Cuba or Russia, to end the crisis and favor the formation of a coalition government containing some Chavistaleaders they consider acceptable.

Maduro has responded by declaring that Guaidó and the legislature were engaged in a coup d’état with external support. He has refused to resign and has secured the support of the military establishment as well as Russia, Cuba, Iran, Syria, Nicaragua, Bolivia, and the new government of Mexico. The People’s Republic of China (PRC) has taken a position of noninterference.

The current crisis may escalate, as the events on the street rise in international prominence, and may perhaps pit the armed government against the unarmed population. Or it may dissipate as Maduro and the military hold on to power and wear down the opposition over time. This has been the scenario of previous political crises, in which the opposition called demonstrations only to lose cohesion over disputes about strategy and tactics.

The Difference This Time

The difference this time is that the economic and humanitarian crises have reached critical heights. The country’s economy is prostrate, with domestic production underperforming, inflation at astronomical levels, and shortages of electricity, medicine, food, and other consumer goods. Millions of Venezuelans have left the country, with many crossing into neighboring Colombia. To make matters worse, petroleum, the nation’s major export and chief source of revenue, is generating less income for the government, making basic necessities harder to import. Maduro may have consolidated power into his own hands, but he has arguably squandered the political base he inherited from the late Hugo Chávez, who used oil revenues to buy support from marginalized sectors of the population. This loss of popular support may explain Maduro’s fixing of the presidential election: to avoid another embarrassment after the opposition won a two-thirds majority in the 2015 parliamentary elections.

Oil prices in Venezuela have been falling since 2014, a partial result of greater U.S. economic independence, meaning that Venezuela exports more barrels at lower prices. This has worked well for China, a main destination for Venezuelan oil. The lack of capital, however, means that Venezuela is struggling to maintain oil facilities and increase production. Concessions to China and other nations in the Orinoco petroleum basin have been reported, in which foreign companies make the necessary improvements to oil facilities, reaping the benefits of direct investment but at a heavy cost.

Whatever the political outcome (whether Maduro holds on through political or military means, or a coalition of Chavista and opposition politicians come to power), Venezuela will have to rely on continued sales of its major export, petroleum. At this point, this means continued sales to China, as the U.S. share of Venezuelan oil exports has declined.

The January 27th sanctions placed on Venezuela’s state-owned oil company, PDVSA, by the Trump administration are intended to cut off badly-needed cash payments to the Maduro regime. While the United States remains the main source of cash payments, however, deliveries to China are part of oil-for-debt-repayment, as Venezuela’s output has been reduced by half since 2016. Some analysts suggest Venezuela will be forced to further discount its oil to China and India. Even if sanctions are successful in toppling Maduro by curtailing payments, any future Venezuelan government will have to continue its sales to China, Russia, and other buyers to avoid a considerable default.

A long-term solution to the Venezuelan crisis will require a series of reforms to restore economic viability. These will probably include securing property rights, ending price and other controls, fiscal and monetary reform to end the uncontrollable inflation, and a new level of political stability to encourage much-needed foreign investment. So far, Maduro and his circle have rejected any adjustments to the ruinous economic model of the past years. Any future government will face unprecedented obstacles, both economic and political, meaning that change will not be in the offing.

The hole that Venezuela’s Bolivarian project has dug is deep and wide, devastating the economy and polarizing civil society. Digging a way out will take decades. Though China forged a new economic relationship with Venezuela under Chávez and Maduro, the PRC’s continued presence in the country is almost guaranteed. Going forward, any new Venezuelan government will need credit, debt forgiveness, and a secure market for its major export. Eventually, the outcome of the current political crisis will be superseded by the daunting task of reconstructing Venezuela’s economy; its relationship with China, however changed, will be part ofthis process.

China-Latin American RelationsVenezuela
printTweet
You might also like
Back to Top
CHINA US Focus 2021 China-United States Exchange Foundation. All rights reserved.