Much More than 5G 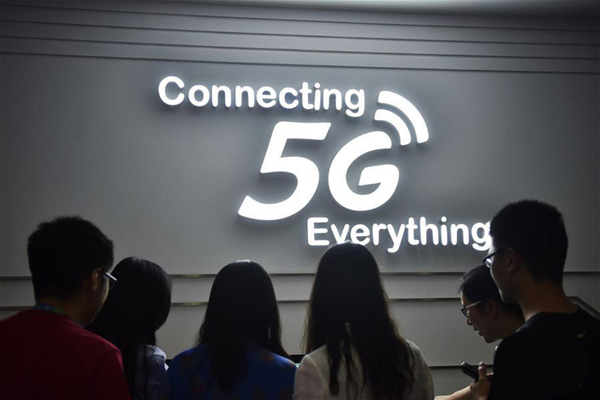 A trove of HSBC material consisting of more than 300 pages of emails and documents from HSBC have been revealed recently. It is part of a long-running extradition battle over Ms Meng Wan Zhou, the CFO of Chinese telecoms giant Huawei.

Initially, her lawyers failed in the UK High Court to gain access to any relevant information kept by HSBC Headquarter. However, they succeeded in Hong Kong which has led to the latest release of documents. These documents are to be submitted to Canadian court for the next stage of her uphill extradition battle, which would take place next month.

While the US side alleges Ms Meng misled HSBC over the true nature of Huawei's relationship with a company called Skycom and this, in turn, put the HSBC at risk of violating sanctions against Iran, the Huawei executive’s lawyers claimed that the US selectively made misleading and “outright false” claims.

As the case enters its next phase, it is hard to predict which side is to win. But one thing is for sure: Never in history, a simple business case has sparked a simmering diplomatic tension between Canada and China since Ms Meng was arrested in Vancouver in 2018.

For a long time, the exercise of so-called “long-arm jurisdiction” is widely disputed due to the dearth of clear definitions. Even more contention arises when the gray area involves unilaterally slapped sanctions and export controls, which are typically the preserve of the U.S.

It is particularly true in the midst of an intense US-China confrontation. Chinese state-controlled media has over the years tirelessly accused Uncle Sam for overstretching its jurisdiction and challenging the sovereignty of other countries.

Many scholars in China believe that Ms Meng, the eldest daughter of Huawei’ s founder Ren Zhengfei, is simply an easy prey to be encircled by America’s long-arm jurisdiction that showcases Washington’s arbitrary abuse. And willingly or not, Canada, one of the closest allied countries could have no choice but to yield to the U.S. supremacy.

From the U.S. perspective, security concerns over Huawei can never dispelled. As early as 2012, a House Intelligence Committee report proposed a US-wide ban on Huawei equipment. As China and America’s mutual distrust deepened, the conspiracy that even the daily use of Huawei smartphones can be security loopholes are gaining increasingly more believers.

In Washington’s view, with the unstoppable expansion and the proliferation of Huawei’s infrastructure and products across the globe, its hardware can be tapped on for surveillance and espionage. As such, it is more than normal for ordinary entities vying to carve a niche in the global market with cutting-edge technologies or products. But Huawei is different story. It is China’s IT flagship armed with cutting-edge 5G technologies and heavily subsidized by the CCP. The fact that the Chinese telecom giant’s founder is a former officer of People’s Liberation Army has further fueled the conspiracy theories.

As a matter of fact, ever since Ms Meng’s arrest, the U.S. Commerce Department has stepped up pressures against Huawei, who has taken the lead in 5G know-how. Any sale and transfer of U.S. technologies to it or its affiliates are subject to the federal government approval. Meanwhile, Washington has spared no efforts lobbying it Western allies to exclude Huawei from 5G networks construction.

Obviously, Ms Meng’s court case is very thorny one, and is much more than 5G and the contest for global market shares. The backdrop makes Meng’s legal battle even more worth watching, at a time when China-U.S. confrontation are intensifying on all fronts.

5GHuawei
printTweet
You might also like
Back to Top
CHINA US Focus 2023 China-United States Exchange Foundation. All rights reserved.