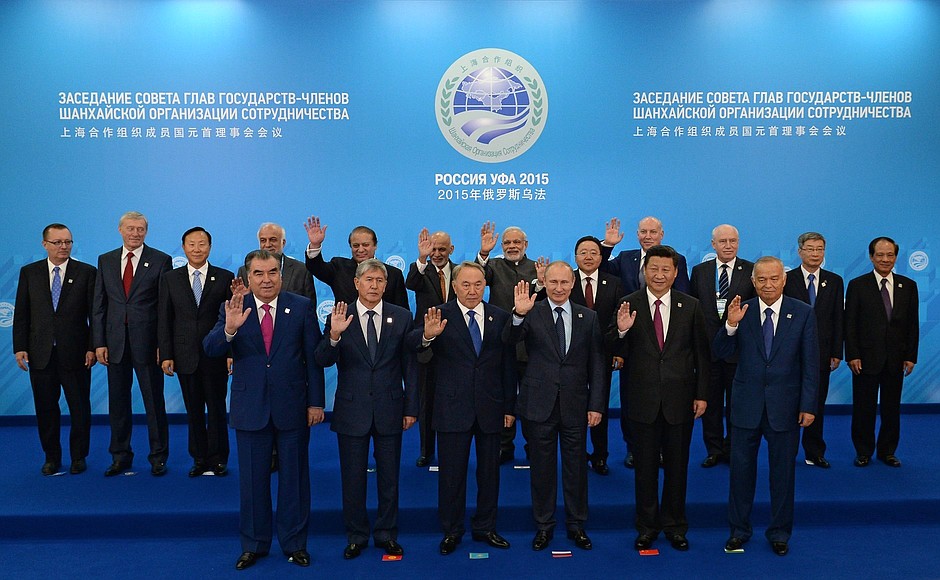 Early summer came to Qingdao in a very unusual fashion this year. The streets of this Chinese east-coast city, which is also a major seaport and an industrial centre, have been suspiciously quiet. This was due to this year’s two-day summit of the Shanghai Cooperation Organization (SCO) in Qingdao that marked the group’s eighteenth anniversary. For the first time since India and Pakistan’s accession to the SCO as fully-fledged members, leaders of all eight member-states gathered in China to discuss the future of the organisation and its enduring challenges.

Initially founded in 1996 as a regional intergovernmental organisation, the SCO has often been portrayed as a Sino-Russian attempt to resist American activism in greater Central Asia. Yet, it has been 18 years since the establishment of the SCO, and the organisation is still plagued by allegations of a lack of strategic vision and purpose. Most of the SCO’s high-profile initiatives remain declaratory, while the organisation itself is perceived more as a discussion forum to encourage confidence and good-neighbourly relations among its member-states, than an active Eurasian political, economic, and security organisation.

In this context, the accession of India and Pakistan to the SCO raised several questions. The expansion of the SCO, especially through the inclusion of India, was not particularly welcomed in China. The relationship between the two Asian powers, China and India, has long been marred by a deficit of trust: whether the question at stake was the ‘Tibetan question’ or the prospective membership of India at the United Nations Security Council. In fact, India was one of few states that openly opposed China’s flagship Belt and Road Initiative. India’s main objections were centred on the BRI’s China-Pakistan Economic Corridor. India called for China to respect its ‘sovereignty and territorial integrity’, and refused to send its representatives to the Belt and Road Summit, held in Beijing last year, which was attended by 29 heads of state and official delegations from nearly 60 countries.

In other words, it was actually Moscow that was enthused about turning the SCO into the region’s largest multilateral institution, accounting for a quarter of the world’s GDP and approximately half of the world’s population. Although the SCO’s achievements are still aspirational, it appears that this incongruity does not upset Russia. For Moscow, as some observers argue, it is more important to entangle China in a system of so-called ‘friendly commitments’ in order to soften the Chinese propensity for unilateral decisions. The arrival of India to the SCO may help balance China’s domination in the organisation.

Even the inclusion of Pakistan to the SCO is of more value to Russia than to China, although it was the latter that advocated for Pakistan’s SCO membership. The accession of Pakistan to the SCO not only unites all regional powers under the aegis of the Russia- and China-led organisation, but it also helps Russia address and mitigate threats emanating from Afghanistan in a more comprehensive way by exploiting the potential of regional cooperation.

As for China, Beijing understands that the inclusion of India and Pakistan will only further dilute the purposes of the SCO. The extended membership assumes that the boundaries and responsibilities of the organisation are extended as well, as the scope of the SCO is no longer limited to the post-Soviet part of Asia. The question is whether the SCO is capable of addressing those challenges, and whether India and Pakistan can refrain from bringing their own bilateral claims to the multilateral platform of the SCO.

Accordingly, for China, it made little sense to push for the expansion of the SCO, which has failed to live up to its potential. It also appeared that Beijing has realised that there is no longer a need for multilateral institutions to strengthen its influence in Central Asia. Central Asian states were willing to work directly with Beijing and were even more willing to receive funds from China without ‘strings attached’, particularly in times of economic difficulty. Such an asymmetrical relationship between China and Central Asian states was beneficial for Beijing as well, since China was not tied to multifaceted agreements and norms that would have been enacted within the framework of multilateral commitments.

It also became apparent to Chinese leaders that Russia is not likely to make any concessions in regard to the transformation of the SCO. Practically since the SCO’s establishment, Russia has resisted China’s drive to orient the SCO towards economic cooperation, which explains why the ideas of the free trade zones and the Bank of Development have not materialised. Moscow feared that China would use economic tools to advance its interests in Central Asia. Yet, the Russian resistance simply pushed Beijing to work more in that sphere, but in a bilateral instead of multilateral fashion. As a result, not only has China become Central Asia’s key trading partner, but it has also emerged as the region’s largest de facto lender.

Of course, publicly in Qingdao, the leaders of the member-states praised the SCO for promoting neighbourly cooperation and advancing the common fight against the evils of terrorism, separatism, and extremism. As Chinese President Xi Jinping advised, member-states should be guided by the Shanghai Spirit to build an inclusive and open SCO community with a shared future and to distance themselves from the practices of seeking security at the expense of other states. Yet, although the leaders of the member-states emphasised that the Qingdao summit will be a new departure point for the organisation and agreed in principle that there is a need for a roadmap of actions, it still remained unclear what the SCO can really offer. In this regard, the unveiling of the Belt and Road Initiative is a vivid indicator that China is keen on advancing its interests in the neighbourhood in a more unilateral/bilateral way. While the Belt and Road Initiative is still a very loose and ambiguous concept, the more it becomes crystallised and the sooner China becomes heavily involved in Central Asia, the more it will become apparent that the SCO in its current format is not capable of producing inclusive solutions that can accommodate the interests of all member-states.

Belt and RoadSCOChina-India Relations
printTweet
You might also like
Back to Top
CHINA US Focus 2020 China-United States Exchange Foundation. All rights reserved.