The Arrival of the Digital Yuan on the Global Stage 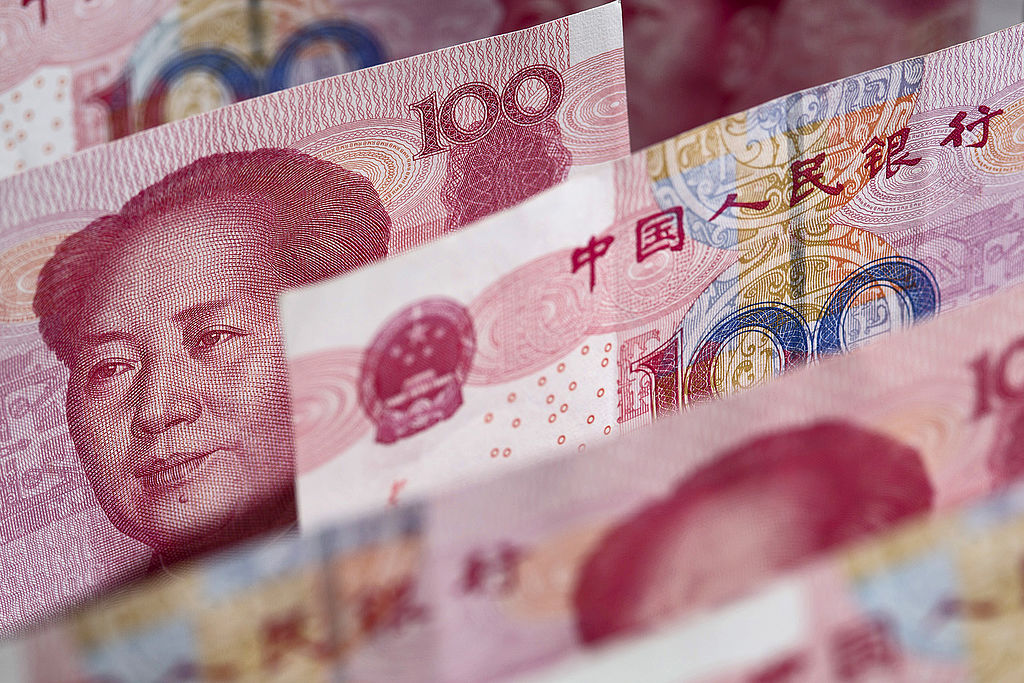 Cryptocurrency fever has gripped popular interest in recent months, as the prices of Bitcoin and Ethereum reached new records. This has resulted in the emergence of an intense debate over the value and significance of cryptocurrency technology. However, the most significant development in this space is not the growing appeal of private cryptocurrencies, but the rapid race to furnish the first Central Bank Digital Currency (CBDC). Far ahead in this race is China, which is undertaking advanced trials of digitizing its currency, the yuan, or renminbi.

This new digital currency uses the abbreviation DCEP for Digital Currency Electronic Payment. Officially it is sometimes rendered with a slash as DC/EP. This captures its dual structure, under which the Chinese central bank, the People’s Bank of China (PBoC), controls the issuing of digital tokens at the central level. The actual electronic payment platforms serving consumers and businesses, though, are one level below the PBoC and include banks and payment applications such as Alipay and WeChat Pay.

As I laid out in an earlier article, DCEP is built on cryptographic methods and Distributed Ledger Technology (DLT), also known as blockchain. There are multiple objectives underlying its development, but one of the major goals is to increase the global circulation of the yuan and, in turn, its international demand.

For Beijing, the need to internationalize the yuan is rapidly moving from a desirable concept to a necessary objective. Ever since National Security Agency contractor Edward Snowden revealed that the U.S. government monitors transactions on the Society for Worldwide Interbank Financial Telecommunication (SWIFT) network, Chinese policy makers have sought a way around this system. More recently, rising U.S.-China tensions over a range of hot-button issues, including Hong Kong’s national security law, alleged human rights abuses in Xinjiang, and Taiwan, have created the specter of China being excluded from SWIFT. This would curtail Chinese banks’ access to the global dollar system, a catastrophic prospect for economic stability.

One major goal of the digital yuan is thus to strengthen financial sovereignty – only the PBoC would have final insight into yuan transactions. The DCEP would also encompass capabilities to directly challenge the U.S. dollar’s dominance in cross-border payments. Especially in economies already heavily tied to China and familiar with the yuan, such as those participating in the Belt and Road Initiative, the digital yuan could provide a much more convenient and efficient international payment alternative with much lower transaction costs.

Despite this clear logic, doubts as to what extent the digital yuan could unseat the U.S. dollar’s monopoly are voiced regularly. Eswar Prasad, for example, argues that the yuan will only become prominent as an international reserve currency after the Chinese government removes major restrictions on capital movements: “the DCEP on its own will not be a game changer that elevates the renminbi’s role in international finance.”

This view has merits. The lack of a fully liberalized capital account and, more generally, the full trust and faith of international creditors in the politico-economic stability of China make the yuan as a safe-haven currency a somewhat distant proposition. Still, legal and institutional certainty in international finance is inherently relative and dynamic. For investors, it is often one of the lesser evils that attracts long-term capital, especially in a world of near zero interest rates. Chinese policy-makers are addressing this challenge by pursuing a broader strategy: the establishment of a new financial ecosystem centered on DCEP.

As I noted in previous analyses, a digital yuan could enable new levels of control over currency flows and with this more subtle and less intrusive ways of managing China’s capital account opening. Channels used to control capital flows into and out of China (e.g., the stock and bond connects between Hong Kong and the mainland) could be further expanded with the use of DCEP.

At the center of all of this stands the enhanced transparency and control the PBoC will have overall money movements. Everything is visible in real time. Combined with AI tools to flag suspicious behavior and large capital movements, the PBoC could target certain flows in times of crisis, creating more targeted and pinpointed means for managing China’s capital account and exchange rate. DCEP therefore augments China’s strategy for capital account opening: to broaden channels for capital flows while keeping overall control.

Specifically, greater transparency over capital flows could support the opening of China’s $15 trillion domestic bond market to foreign participants with lower transaction costs. This could gradually solve the lack of yuan-denominated assets for foreigners to own, which is inhibiting the yuan’s status as a reserve currency. Similarly, a DCEP-based international payments system could help the Cross-Border Interbank Payment System (CIPS) that China has established gain wider acceptance. With turnover of roughly $20 billion a day, CIPS still trails SWIFT’s $5 trillion per day by a very wide margin.

An expansion of CIPS, in combination with a digital yuan, would make it easier to establish a financial ecosystem independent of the U.S. dollar and thus the reach of U.S. sanctions. This is in part the rationale behind establishing Hainan Island as a new testing ground for financial reforms, including increased yuan convertibility and market access for foreign investors. Hainan is slated to develop onshore mobile payment systems that can conduct business overseas. As with the digital yuan, the ultimate goal for Hainan is to build a cross-border monitoring system of capital flows that can speed up yuan internationalization.

Finally, Chinese authorities are busily testing new systems to clear the digital yuan internationally. The Finance Gateway Information Service is a joint venture between SWIFT and the China National Clearing Center under the PBoC. This joint venture aims to direct all international yuan payments through CIPS, while still being integrated with the SWIFT system. In essence, its purpose is to enhance the role of CIPS alongside SWIFT, rather than in opposition.

The PBoC is also participating in various other projects to integrate different CBDCs, including standard setting efforts by the Bank for International Settlements and a real-world trial launched by the Hong Kong Monetary Authority and the Bank of Thailand. The PBoC has undertaken promising simulations that combine DCEP with machine-learning to test policy-making scenarios for the management of money supply on foreign currency exchanges. All of these initiatives have the same purpose: to engender a new global payments network based on the digital yuan. The American financial superpower, at present so effective and far-reaching due to the dollar’s global monopoly, would certainly be dented.

Launching the digital yuan is thus a strategic move by the PBoC. It establishes the digital foundation for a new ecosystem that could fill the demand for currency diversification in the rest of the world. According to a Morgan Stanley report, “Global demand for yuan-denominated assets could rise in a post-Covid, ultra-low-interest-rate, multipolar world.”In particular Europe, the third major pole in the globe’s financial system, fears being squeezed between the United States and China. European efforts are naturally most focused on the global role of the euro. Nonetheless, the launch of DCEP could trigger an evolution to a more distributed version of monetary power than the one now centered on the United States. A digital yuan would not replace the U.S. dollar’s global position, but usher in something more akin to a balance of power in global monetary affairs with three, or perhaps even more, poles.

Such a development could end in a chaotic contest to exert monetary power that unravels the global financial system, splitting it into rival camps. Global economic growth could be set back by decades. Alternatively, a best-case scenario would see the emergence of a consortium of equal monetary anchors that coordinate and harmonize the global payments infrastructure. As the planet faces a whole new dimension of money, let us hope the latter scenario prevails.

YuanRMBCentral Bank Digital Currency
printTweet
You might also like
Back to Top
CHINA US Focus 2023 China-United States Exchange Foundation. All rights reserved.