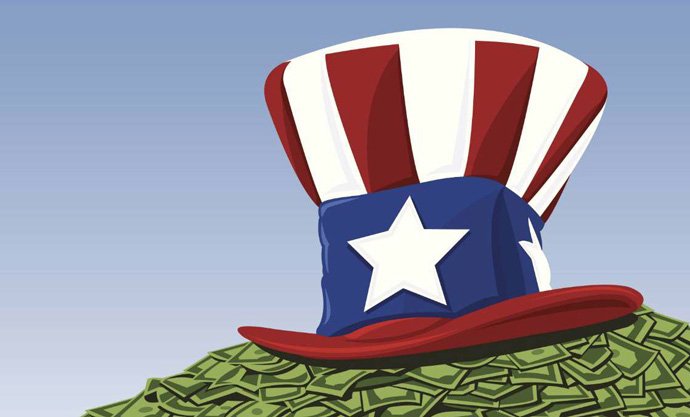 In the short span of a fortnight, one of the crown jewels of multilateral governance, the World Trade Organization’s (WTO) dispute settlement system - in particular, the functioning of its Appellate Body (AB) - will grind to a halt. The AB, established in 1995 under Article 17 of the Understanding on Rules and Procedures Governing the Settlement of Disputes (DSU), is a standing body that hears appeals in trade disputes brought by WTO Members. Appellate Body Reports, on adoption by the WTO’s Dispute Settlement Body, automatically become final decisions that must be accepted by the parties to the dispute. The Appellate Body is composed of seven persons who serve for four-year terms, and as per the DSU’s rules, a division of three panelists is required to hear each appeal. Because of the Trump administration’s formal objection to some aspects of the AB’s alleged functional deficiencies (dating to spring 2017) and its exercise of a veto on appointing new panelists (dating to September 2018), the AB will lack the required three-person quorum to hear cases from December 11th, 2019 onwards. This will, in effect, sabotage the operation of the WTO’s dispute settlement system. In retrospect, the U.S.’ kneecapping of the North America Free Trade Agreement’s (NAFTA) dispute settlement mechanism in late 2000 by similarly blocking the establishment of a panel that could arbitrate a Mexican claim against the U.S.’ sugar policy restrictions can be seen today as an unfortunate harbinger of what was to come.

The incapacitation of the WTO’s Appellate Body is the most significant illustration of the Trump administration’s a la carte regard – or, rather, disregard – for international trade law. It is hardly the only instance though. Over the past year and a half, the Trump administration has had recourse to a number of sparingly used, unconventional trade remedy instruments in order to execute its ‘America First’ trade policies. While many of these statutory instruments are, in principle, compatible with international trade law and the U.S.’ multilateral obligations, the administration has willfully misinterpreted them in ways that knowingly violate international trade law. In some instances, these interpretations have even been inconsistent with the Executive Branch’s own solemn commitment to Congress, let alone to the WTO and its international partners.

On July 6th, 2018, United States Trade Representative (USTR) Robert Lighthizer, citing China’s allegedly illicit policies and practices related to technology transfers and intellectual property theft, imposed a first tranche of 25 percent additional duty on $34 billion of imports under the authority of Sections 310-10 of the Trade Act of 1974. The duties violate the WTO’s non-discrimination principle (most favored nation) and the predictability principle (related to tariff bindings). More to the point, the duties also violate the U.S.’ legal obligation to its WTO partners, as well as the Executive Branch’s pledge to Congress to submit its WTO-judicable claims to the Dispute Settlement Body and, until that body rules, stay its hand on enforcement action. Forced on the back foot at the WTO to justify its Section 301 actions, the Administration defended the duties as necessary to protect “public morals,” even though there is nary a reference to the words ‘public morals’ in over 250 pages of two Section 301 investigative reports released by the USTR in 2018.

On March 8th, 2018, President Donald Trump imposed a 25 percent duty on a range of imported steel articles under the authority of Section 232(b) of the Trade Expansion Act of 1962, citing the displacement of domestic steel by excessive imports and the consequent adverse impact on the economic welfare of the industry, which, in his view, was undermining U.S. “national security.” This use of the Section 232(b)-based ‘national security’ exception to restore the capacity utilization of the steel industry was clearly at odds with the text of GATT Article XXI’s ‘security exceptions,’ which requires that the action be “taken in time of war or other emergency in international relations” and should touch upon the member state’s “essential security interests.” It also contradicts the reasoned interpretation of these two terms that was furnished – by the American delegate, no less – at the time the charter of the multilateral trading system’s rules was being drafted in the late-1940s.

On May 28th, 2019, the U.S. Commerce Department, under the authority of Section 771(5)(A) of the Tariff Act of 1930, issued a proposed rule to treat currency undervaluation as a countervail-able subsidy. As per the interpretation, the additional domestic currency received by an exporter as a result of currency undervaluation (arising at the time when the exporter exchanges the U.S. dollars it has received for his/her own domestic currency) is to be henceforth treated as a countervailable benefit that is ‘specific’ to the exporting and importing sector of that country. This interpretation to redress alleged undervaluation is highly problematic; only three types of “specificity” (enterprise-specificity; industry specificity; and regional specificity) are admissible according to the WTO’s Subsidies and Countervailing Measures (SCM) agreement. The proposed rule would also violate the convention that it is the International Monetary Fund (IMF) and its surveillance rules that is the appropriate forum to discipline exchange rate manipulation-related behavior, not the WTO and its anti-dumping/countervailable duty disciplines.

Finally, on August 5th, 2019, the U.S. Treasury Department deemed China as a “currency manipulator” under the authority of Section 3004 of the Omnibus Trade and Competitiveness Act of 1988. In its Statement of Action, the Treasury contended that a depreciation of the renminbi in early August (following Trump’s announcement of a new tranche of tariffs) had been a deliberate ploy, given Beijing’s substantial foreign exchange reserves and its history of managing its exchange rate. This designation is at variance with both domestic statute and international convention. It subjectively tags China as a manipulator without a basis of objective fact and randomly ascribes ill-intent to its exchange rate-related policies and practices, even though there is neither fundamental misalignment in the RMB’s value nor an increase in net exports on its current account. On the contrary, China’s policies and practices have resulted in the securing of a significant decrease in net exports over the past couple of years.

The philosophical basis of the Trump administration’s ‘America First’ trade policies and practices derive from two fundamental tenets: first, that America will henceforth engage with foreign trade partners and foreign trade liberalization strictly on the basis of bilateralism, and second, that America must not submit itself to, nor will it be bound by, third party arbitral or enforcement mechanisms. Come December 11th, the WTO-centered multilateral trading system will be poorer for it.

Trade WarDonald TrumpAmerica FirstWTOGlobal Governance
printTweet
You might also like
Back to Top
CHINA US Focus 2021 China-United States Exchange Foundation. All rights reserved.