Founding Father, Benjamin Franklin once said “No nation was ever ruined by trade.”  President Donald J. Trump seems determined to prove Franklin wrong.  On April 29, 2017, Trump directed the Commerce Department and the Office of the U.S. Trade Representative to review all of America’s recent trade agreements.  He wants trade officials to determine if America is being treated “fairly” by it trade partners. 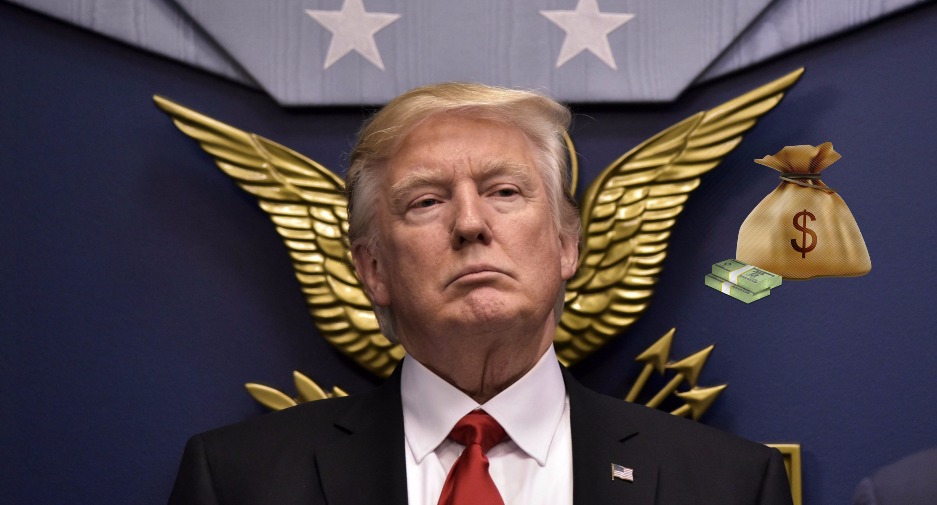 The Executive Order (EO) states that the President believes that trade agreements “must increase economic growth, contribute to the balance of trade, and strengthen the manufacturing base.“ These agreements are not fair if they harm “American workers, manufacturers, ranchers, business, intellectual property rights, innovation, or research.”

The executive order is troubling for many reasons. First, Trump seems to believe that few Americans benefit from trade agreements, which set rules governing trade among market actors.   Certainly some consumers, investors and taxpayers have benefited from rising stock prices and firms have learned how to produce for global or regional markets.  But clearly, many Americans have not benefited all of the time.  Trade and trade agreements can bring both positive and negative effects upon American firms, producers, consumers, taxpayers, shareholders and citizens.  Moreover, because markets, technologies, and governance change over time, the effects of trade and trade agreements will also evolve. Yet the EO never mentions these facts.

Secondly, fairness is a subjective concept, depending on how a person sees their principal role (whether as a worker, investor, taxpayer, friend of the earth etc…). Third, the Trump Administration will rely on only one metric for determining “fairness” -- the yearly trade deficit between the US and a particular trade partner.  However, trade deficits tell us nothing about whether a trade agreement’s provisions are fair to any market actor.

The trade deficit is not a useful tool to determine the multiple effects of a trade agreement(s) or trade upon Americans or the many sectors in the U.S. economy.  China provides a good example of why.  In 2016, China was the United States' 3rd largest goods export market. According to the U.S. Census, the trade deficit in goods for the U.S. and China was $78 billion for the first quarter. While we don’t have 2017 figures for the first quarter, in 2016, the U.S. had a surplus in trade in services with China of some $37.4 billion in 2016.  The trade deficit generally moves in lockstep with net national borrowing, a measure of all the borrowing done annually by the U.S. government, companies and individuals minus the amount saved by these actors. China is one of America’s biggest lenders.  It also links the value of its currency to a basket of other currencies including the dollar. Often when the dollar loses value, China purchases US treasury bills.  In so doing, China keeps the value of the remimbi low; supports America’s ability to continue to buy its products as well as China’s ability to purchase American goods and services.

Thirdly, with this executive order Trump is telling citizens, executives, and policymakers from other countries that he not only distrusts these agreements, he distrusts these individuals because he presumes they are acting in ways that are unfair to Americans.  He cites no evidence to make such claims. Moreover, should his administration determine that an agreement needs re-negotiation, Trump will struggle to regain other countries’ trust, because he has already labeled them “unfair?”

Trump long called China an unfair trader; the grand champion” of currency manipulation. China also has maintained relatively high tariffs for goods, and in May Trump criticized China for raping the U.S., stealing its intellectual property. Nonetheless, in April 2017, the U.S. Treasury department said that China was not manipulating its currency. In doing so, Trump betrayed one of his campaign promises, although the Treasury promised to closely monitor China’s currency and trade practices.

Fourth, the EO reveals that Trump Administration officials don’t understand what trade agreements do. These agreements don’t free trade—they set rules to govern trade and in so doing build trust among people and firms who engage in trade.  To achieve certainty, humans have drafted trade agreements since ancient times. The ancients didn’t know who made the goods they desired or how these goods were produced.  They learned to rely on trade agreements, which allowed them to make commitments, take a leap of faith, and exchange goods for money.

These agreements have evolved as markets have changed.  In the 19th century, trade agreements covered only border measures such as tariffs and quotas.  But in the 20th century policymakers began to focus on domestic policies such as regulations, standards, and subsidies, which also could distort trade.  As they included such non-tariff barriers, trade negotiators expanded the definition of unfair trade beyond the misuse of border measures.

However, administration officials don’t acknowledge the many types of “fairness” governed by recent trade agreements. Since 1974, the Congress has required that trade agreements signed by the U.S. include language on non-tariff trade barriers such as health and safety regulations, product standards, and more recently, language on online privacy and regulatory transparency.  Signatories must ensure that when they regulate they do so in the least trade distorting manner.  The U.S. also requires that our trade partners allow their citizens and foreign producers to not only comment on potential regulations that can have trade effects but also to challenge regulations that distort trade. Because trade agreements require our trade partners to regulate transparently and in the least trade distorting manner as possible, these agreements could make trade “fairer” for more people more of the time.

In sum, Trump’s executive order takes a narrow view of what is fair and who is affected by unfair trade.  His approach could undermine trust in U.S. traders, negotiators, and trade agreements. Moreover, Trump’s strategy towards trade could inspire other nations to challenge America’s approach to trade as equally unfair.  Over time, the Trump administration’s strategy could lead to trade ruin for the U.S. as well as our trade partners.