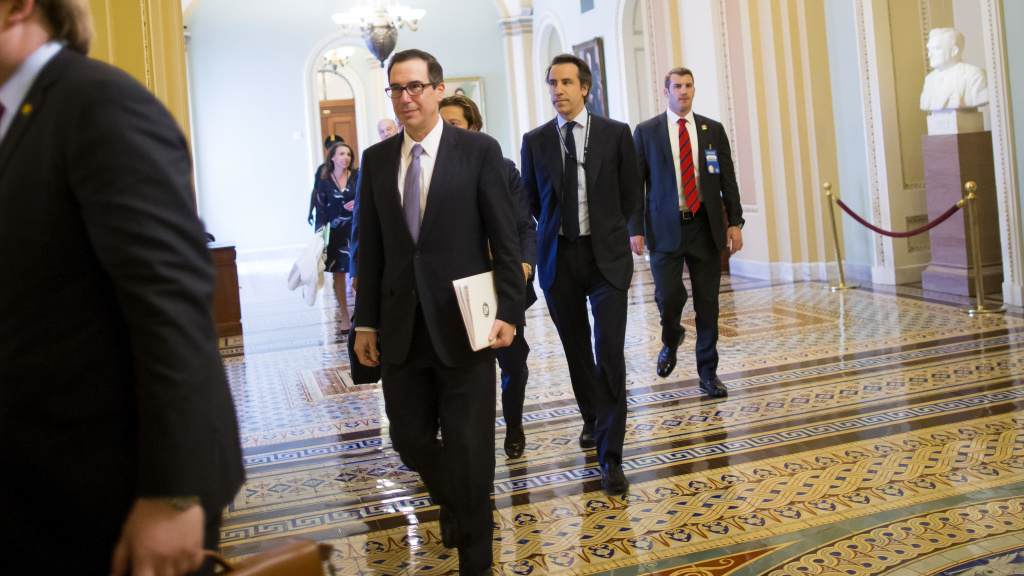 US President Donald Trump recently released a framework for tax reform. In addition to a big tax cut for businesses and simplifying the tax system, the framework encourages American companies to bring foreign profits back home. This will have a great impact on global wealth patterns and intensify global tax competition.

Against the backdrop of rising anti-globalization, tax incentives to promote the flow of commodities have evolved into a new kind of trade barrier. The international tax to absorb liquid capital has turned into a domestic tax consolidating existing capital interests.

In fact, in 2000, the overall corporate tax rate in OECD member countries averaged 32.49%, and the rate in Germany and Japan reached as high as 52.03% and 40.87%. respectively. Among the 35 countries, the US tax rate ranked seventh. Apart from Chile, Hungary, and some Northern European countries with a tax rate of 30%, the rates in the other OECD countries were between 30-40%. Compared to this, the US rate was not high. However, over the past ten years, the world experienced a wave of corporate tax rate cuts.

According to IMF figures, the world corporate tax rate has declined since 2005. In some major economies and economic areas, such as China, Japan, the EU, and the low-income Asian and Pacific regions, the corporate tax rate has fallen in varying degrees. Since 2016, many countries have planned or discussed tax cuts. In 2016, German and Japanese corporate tax rates declined to 30.18% and 29.97%, respectively. In November, 2016, British Prime Minister Theresa May reduced the corporate tax rate from 20% to 17% giving the UK the most competitive tax rate in the G20. In February 2017, India released its fiscal budget, which would cut the individual tax rate of those with an income of 200,000-500,000 rupees from 10% to 5%.

In the medium term, a big cut to the US corporate tax rate may cause a new round of international tax competition. Based on an IMF study, once the US corporate tax rate falls to 20% (the same as China’s and the OECD average), the tax rates of countries around the world will plunge, like they did in the post-Reagan era. It could force the other countries to rely more on value added tax and environmental tax to increase income, and on property tax to adjust the gap between rich and poor. This will have the following effects:

First, it will erode the national tax base and affect tax sovereignty. If all countries participate in a tax cut competition without restraint, those economic activities with strong liquidity will disappear from the tax base. As a result, countries around the world will find it hard to satisfy public demand and in the end, they will weaken, or even lose, their tax sovereignty.

Second, the neutrality of tax income will be destroyed and the regional flow of international resources will be distorted. The tax system in countries around the world has a “spillover” effect. Once a country uses tax policy to induce economic activity, investors will react. Resources will likely flow from the areas with the most effective use to those with low effective use, but with low tax rates, thus distorting the flow of international resources and destroying the principle of tax neutrality to a large extent.

Third, the tax burden will be distorted and competition will intensify. In order to attract the factors of production with high liquidity (like capital), countries around the world compete to lower the tax rate. But to maintain a relatively stable tax income, they heavily tax factors of production with low liquidity (like labor and consumption). This shift of the tax burden reduces jobs and consumption, as well as the cross-border flow of human resources.

Trump’s new reform plan will pose a new challenge for China. The plan will draw international capital to the US. At present, although China is also cutting taxes and fees, it cannot participate in tax competition due to its tax structure, scale, and system. If Trump reduces the corporate tax rate to 20%, enterprises around the world will invest in the US. Therefore, China should implement tax and market reform as early as possible.

Tax ReformDonald Trump
printTweet
You might also like
Back to Top
CHINA US Focus 2018 China-United States Exchange Foundation. All rights reserved. Disclaimer