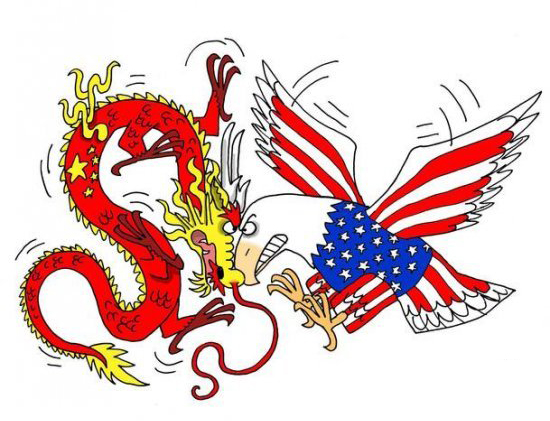 The trade war with China, that Trump so confidently predicted would result in a great new deal, now threatens to become a permanent feature of US-China relations. Why that is likely may have less to do with the specific trade issues in dispute than with the vastly different negotiating styles and operating principles of the two countries’ leaderships.

Let’s recall that this dispute has gone through several stages of escalating US demands, high-level talks, and mutual accusations. Trump owns this trade war: He has decried China’s unfair trade practices and consequent huge trade surplus for many years, and as president he has taken the opportunity to put his hostility toward China into practice. China is his main enemy. He said long ago that if he were president, he would be able to force China to back down because “it needs us more than we need it.”

Barring some dramatic change in thinking in Washington or Beijing, Trump will follow through on his threat to impose 25-percent tariffs across the board on the remaining $300 billion of Chinese imports. That move will come on top of blacklisting Huawei, hoping to starve the telecommunications giant by using its reliance on US-made components, and conceivably putting it out of business. Sanctioning Hikvision, the dominant maker of video surveillance products, may be next — and not because of human rights concerns. What Trump is doing is entirely in keeping with his business style: threaten one’s adversary, avoid making concessions, don’t back down, and above all win.

The trouble with Trump’s aggressive style is that his Chinese opponents have a long history of dealing with threats from a more powerful country, typically denouncing them as “bullying” and “humiliation.” Neither Trump nor, it seems, any of his advisers has the slightest notion of the history and power of Chinese nationalism. One of them, Defense Secretary Mike Pompeo, thinks the struggle with Huawei is ideological: either “Western values” or communist values will rule the Internet, he says. One wonders what Trump and his team would think upon reading translations from the Chinese press of how Xi Jinping and the party leadership are responding to this latest foreign assault: the references to a “new Long March,” overcoming difficulties, and defending China’s economic development path, which it now calls a “core interest.”

“What is most important,” Xi says, “is still that we do our own things well.” In other words, China will not be moved from its present course, which has served it well and may even have given it the moral advantage with some of America’s best friends, such as the Japanese and the South Koreans, who have also felt the heavy hand of Trump’s transactional style.

Trump evidently is convinced that the Chinese will eventually cave in to US commercial demands. No doubt he’s correct that the trade war will hurt China’s economy more than it will the US economy, but the Chinese leadership is very unlikely to accede to Trump’s demands for that reason. History, face, and public opinion provide considerable backbone for resisting the Americans. Nor will Trump’s “great friendship” with Xi make a difference — no more than his love affair with Kim Jong-un has influenced Kim’s strategy. Trump may think that smiles and glitzy receptions transcend national interests, but that’s certainly not a notion the Chinese share. If anything, Trump has proven to Xi that initial Chinese assessments of compatibility with the new US president were badly mistaken.

Despite the pessimistic outlook of many observers, mutual pain and political realities may eventually lead to a temporary fix on trade, which will be a boon to US and Chinese firms as well as investors in China and Wall Street stockholders. But this trade deal, like others such as NAFTA 2.0, will not offer enforceable protections to workers. That’s the missing ingredient — missing as well from most media accounts that make it seem like “trade” is only about shipping and markets, just as the US and Chinese governments would have it.

China’s foreign ministry spokesman said on May 23 that if the US attitude is “sincere” and “serious,” China will welcome a return to the negotiating table. But the spokesman added that “a good agreement must be founded on mutual respect, equality, and equal benefit.” These longstanding Chinese principles can only be understood in a historical context. Does the US side appreciate what lies behind those principles? Does the reference to trade and economic concerns as “core interests” — a first, as this phrasing is usually reserved for Taiwan and Tibet — suggest a Chinese red line that the Trump administration should take as an indication that “winning” is not a realistic goal?

The trade war is about a lot more than technological competition, soybeans, or even workers’ rights. It is the tip of the iceberg, just one reflection of a world order that, to the Chinese, is rapidly changing. The US-China relationship is the world’s most important, and one in which “winning” is a loser’s game. If the US and China don’t get it right, the chances of a violent outcome, whether by design or miscalculation, increase significantly. Sadly, the key ingredients for getting it right are missing: mutual understanding, a search for common ground, and talks on the basis of equality — along with global as well as social responsibility.

Trade WarU.S. China PolicyChina’s Rise
printTweet
You might also like
Back to Top
CHINA US Focus 2022 China-United States Exchange Foundation. All rights reserved.