At the eve of the White House’s 100-day mark in office, the Trump administration released an outline of tax reductions for American companies and households. There is great demand for change. The U.S. individual income tax system is broken, and while U.S. corporate tax rates are high internationally, U.S. companies have parked more than $1 trillion worth of cash abroad.

Yet, the White House has released no official estimations of the economic impact of the proposed changes. The plan is vague by design and incomplete by intent. The idea is to leave flexibility for wheeling and dealing when talks begin in the Congress.

President Trump’s proposal is not a broad reform package. Nor has the White House released any official estimations of the economic impact of the proposed changes, yet. The plan is vague by design. The idea is to leave flexibility for wheeling and dealing with Congress. Indeed, the administration may ultimately opt for tax cuts, which are easier to implement than a full tax rewrite.

But what would Trump’s plan mean in America and in those emerging economies, such as China, which host an increasing number of U.S. companies?

From Roosevelt’s New Deal to Lyndon B. Johnson’s ‘Great Society,’ America sought to achieve the kind of welfare state, which in Europe goes back to Bismarck’s cooptation of the working class in the late 19th century. Until recently, progressive taxation has played a critical role in all advanced economies. But in America, that model that has been under a siege since the Reagan years. Today, U.S. personal income tax rate is one of the lowest among the G20 economies (Figure 1a).

Conceivably, the Trump administration would simplify the number of individual income tax brackets, which currently top out at 39.6 percent, from seven to just three (10%, 25% and 35%). Moreover, it would reduce the tax rate on capital gains, non-corporate business taxes and those in the highest bracket, repeal the alternative minimum tax and the Affordable Care Act (the “Obamacare”) surtax, and the real estate tax. The last one alone, which affects just 5,300 fortunes annually, would cost some $174 billion over a decade, according to the non-partisan Tax Policy Center. Critics expect the total costs of the plan to soar to $5 trillion over a decade.

Trump would like to use debt to fuel a decade of fiscal expansion to deliver 25 million new U.S. jobs and to restore 4 percent annual growth. However, the tax plan would mean widening fiscal deficit, and reduced savings. Most importantly, it would mean still another shift from progressive to regressive taxation, which would benefit mainly the U.S. economic elite - the 1% whose real wealth has ballooned since the 1980s - while penalizing the rest of America, including Trump’s core constituencies, the shrinking white working-class America.

How would the plan affect global business competition? 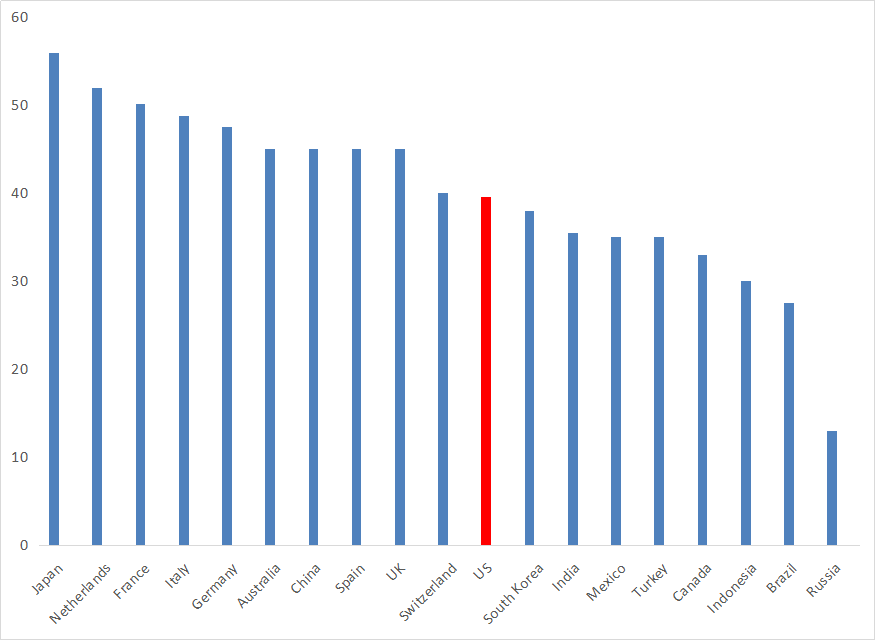 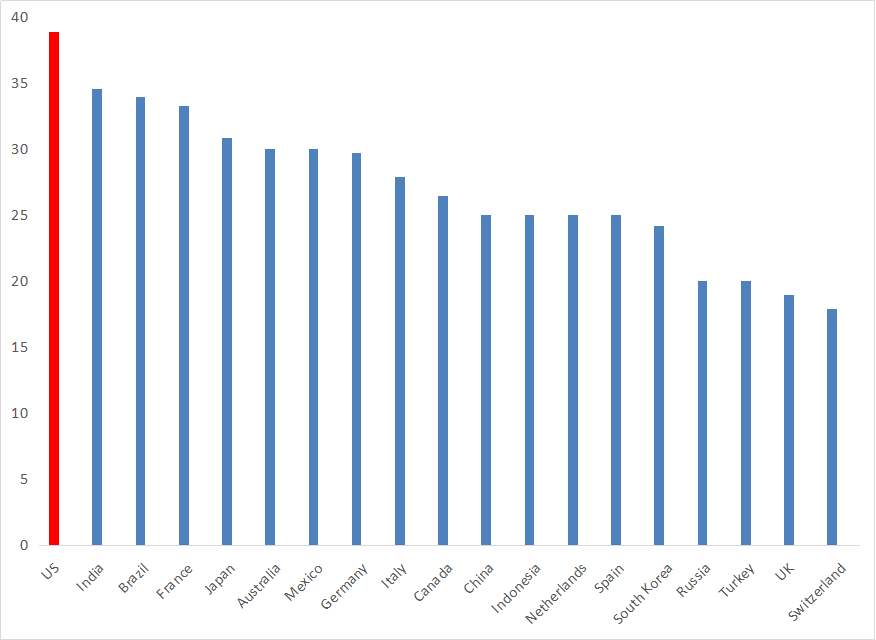 Anxious voices in China and other large emerging economies are concerned that a low U.S. corporate rate could make U.S. companies to leave Asia. Until recently, their concern was the U.S. Fed’s impending interest rate tightening, which has already cost them periodic capital outflows. Drastic U.S. tax reductions could make bad scenarios a lot worse, while compelling tit-for-tat tax cuts in other countries and incentivizing emerging-market manufacturers to invest more in the US and less at home.

These concerns are driven by anecdotal evidence of some U.S. companies selling major stakes (McDonald’s) or closing some factories (Seagate), and perceived trends that one in four U.S. business in China has moved operations from the mainland or plans to do so, citing rising costs and protectionism (AmCham China).

Theoretically, these concerns have some validity. But in practice, they are inflated.

Second, since the 1970s, U.S. trade deficits have been a regional issue mainly with Asia, starting with Japan, then with Asian tigers (Hong Kong, Singapore, South Korea, Taiwan) followed by China. As costs are rising in China, emerging Asia will take the mantle over time, but U.S. trade deficits will prevail.

Third, relocation is more attractive to those companies that rely on low-cost production. For instance, after Guangdong opted to scale out low-margin and highly-polluting textile factories around 2007, the latter surfaced in Bangladesh (today's corporate tax rate 25%) and Sri Lanka (15%), Indonesia and Myanmar (25%), among others. However, to Guangdong, this was not a loss but an opportunity to move toward higher value-added, in line with the rebalancing of China's economy.

Fourth, even when relocation offers some benefits, U.S. and other multinationals may prove reluctant to move their core operations, due to strategic considerations. After all, an increasing number of these companies rely on Chinese and other emerging-economy middle classes for their profitability.

Fifth, companies that rely on revenues from advanced technology want to retain their role in value chain networks, which feature R&D concentrations in China to stay close to the cutting edge of global innovation and the largest global customer base.

Sixth, China is no longer as exposed to the vagaries of export-led growth as it was prior to the global crisis. Beijing’s foreign reserves have stabilized and increased to over $3 trillion, while concerns over capital outflows have somewhat abated.

Seventh, by promoting expansionary policies, Trump is pushing the Fed to tighten faster than it would prefer, which may boost interest rates higher and strengthen the dollar, which will work against Trump’s expansion and lower dollar.

Last, the past 100 days of the new administration have not nullified its perceived uncertainty and volatility. Any controversial Trump plan is thus bound to face headwinds. Such initiatives will encounter countervailing forces in U.S. Congress and could be diluted or fail. Even short-term success could unravel quickly after the Trump era.

So Trump’s reshoring objective must cope with opposing forces relating to growth in emerging economies, global profits associated with offshoring, low-cost industries’ ‘race to the bottom,’ China’s shift toward innovation, the contradictory preconditions of a Trump's expansion and the Fed's tightening, and the White House’s execution challenges.

The news about the impending U.S. reshoring is far too premature. If anything, the Trump tax plan may have more potential to implode in America than to explode in China.