Will the Great Depression Repeat Itself? 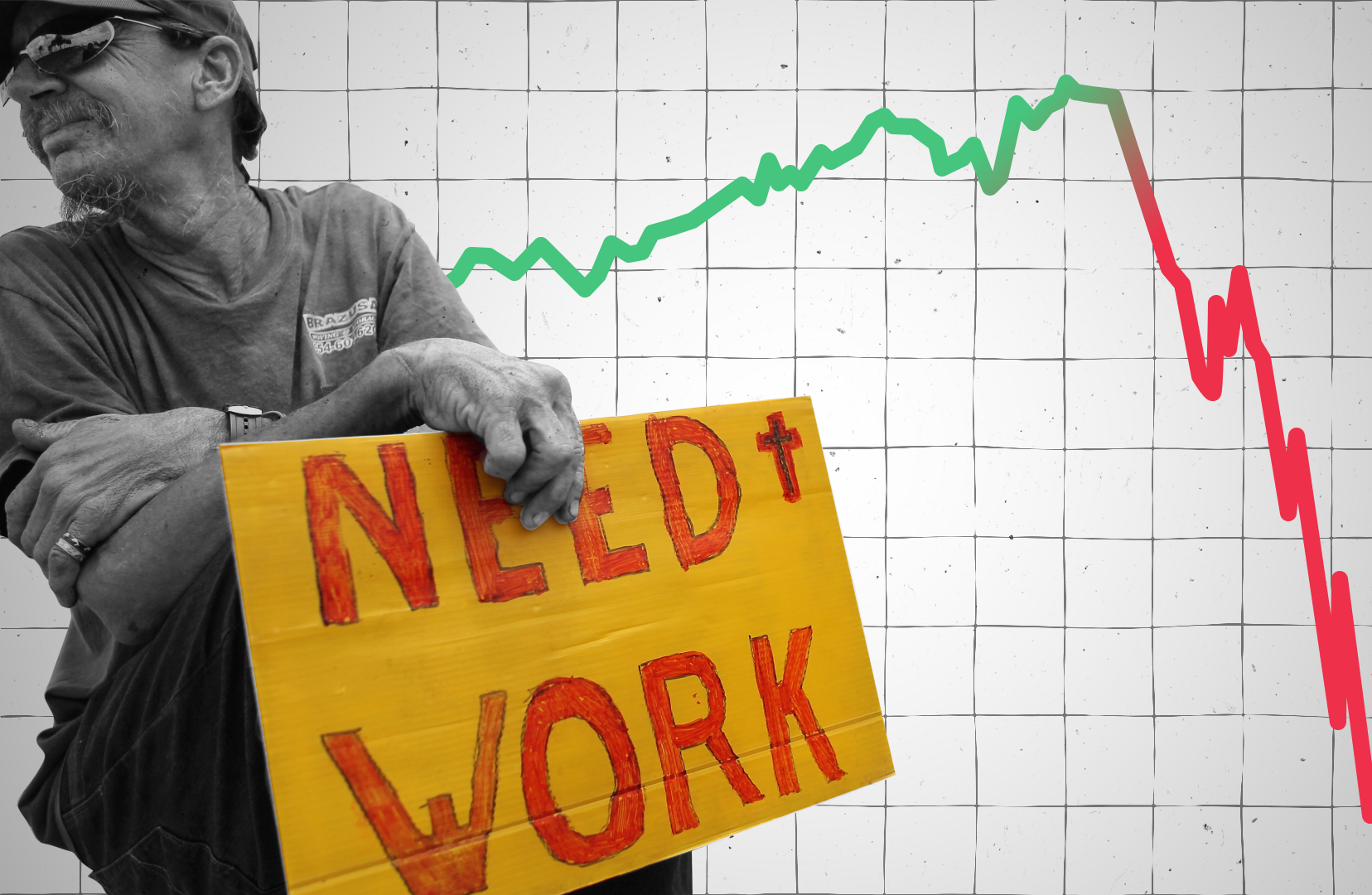 The first quarter of 2020 may be seen later as the start of a new worldwide economic recession caused by the rampant COVID-19 pandemic. At quarter’s end, the number of verified infections worldwide had hit 879,232, with 43,650 deaths.

Governments across the globe have announced severe measures to check its spread, from social distancing practices to lockdowns and quarantines. With factories, shops, restaurants and theme parks closed and most airline flights suspended, the economy has been falling off a cliff in many parts of the world.

The pandemic hit world capital markets alarmingly. Wall Street had four-circuit breakers in 10 days of trading, something not seen since 1987, with the Dow Jones Industrial Average, S&P 500 and NASDAQ all experiencing the worst quarterly performances in their history, shedding 23.2 percent, 20 percent and 14.2 percent, respectively. That was followed on April 1 by the worst quarterly opening, as the Dow fell by another 4.4 percent.

The numbers for jobless relief shot up to 3.28 million in the U.S. during the week ending March 21, four times the 690,000 following the financial crisis in September 2008. Goldman Sachs had estimated a 24 percent decline in GDP for Q2, and the Federal Reserve Bank of St.  Louis estimated that the U.S. jobless rate would probably hit 32.1 percent ultimately, similar to the Great Depression of the 1930’s.

German research institutions also estimated that COVID-19 would likely cost German GDP 354 billion to 729 billion euros in 2020, a drop somewhere between 10 and 20.6 percent. Both far exceeded the GDP drop of 5 percent after the 2008 global financial crisis and are close to the Great Depression level (30%).

These awful estimates were echoed by Kristalina Georgieva, president of the International Monetary Fund, who said that COVID-19 had already dragged the world into a recession at least as serious as the 2008 crisis.

There are fundamental differences between the 1930s and 2020. First, they are two different types of recession. The Great Depression was caused the internal problems, mainly overproduction. U.S. industrial production had soared during the 1920’s partly because of tremendous demand from European countries that had been hit severely by World War I, and partly because of the credit economy at home.

Industrial productivity increased by an accumulative 55 percent in the 1920-29 period, while the average hourly wage of workers increased by only 2 percent, resulting in inadequate purchasing power. The agricultural crisis aggravated this situation, leading to a reduction in farmers’ income, which averaged 30 percent lower than nonfarm workers.

The gap between product supply and actual consumer demand was made up largely by consumer credit, creating a false boom in both production and consumption. With consumer debt climbing, a mass failure at one point in 1929 triggered a chain reaction. Depositors swarmed to withdraw their bank savings, causing bank failures. The bank failures, in turn, triggered a stock market panic, and tumbling stocks resulted in factory closures and unemployment, which further reduced consumer demand and investment. The classic depression feedback loop resulted in a continuous, drastic fall in GDP and skyrocketing unemployment.

The current world recession, by contrast, is the result of an external factor — COVID-19 — which forced a widespread halt of economic activity and a consequent sharp drop in output and consumption. Economic fundamentals do not point to a sharp fall. Once the pandemic is under control, economic activity will gradually return to normal.

Second, the counter-cyclical policy responses to the 1929 crash are different from today’s. When the Great Depression broke out, there were virtually no effective monetary tools with which to soften it. At that time, U.S. and European central banks were on the gold standard, in which any increase in the money supply must be based on a country’s physical gold holdings. The administration of Herbert Hoover, which held to the Austrian school of economics, adopted a fiscal policy of austerity, further squeezing fiscal support to starving businesses. All those measures failed to an economy in a tailspin and in fact just made things worse. The dive lasted four years.

With the current world recession, however, massive rescue plans were enacted immediately. The Fed and other central banks quickly adopted zero or negative interest policies and large-scale quantitative easing. National governments announced large scale rescue measures, ranging from $2.2 trillion in the U.S., 330 billion pounds in UK and 750 billion euros in Germany, for example. They will undoubtedly mitigate the downside curve of the recession.

Third, the international environment is different today. The Great Depression was aggravated by tariff wars between leading economies, with little international cooperation. Now, the G20 mechanism quickly came to the fore and is energetically bringing the world-leading economies into a joint front against the recession. Other multilateral institutions, such as the IMF, the World Bank, the WTO and OECD are all pitching in.

Based on all the above-mentioned factors, we have reason to believe, on one hand, that the current world recession could be similar to the Great Depression in its magnitude and depth, depending on the ultimate impact of the pandemic. On the other hand, we have every chance for a quick post-pandemic recovery, making the recession shorter and less destructive.

Today’s recession, caused by COVID-19, may lead to a substantive debt crisis. If that happens, an L-shaped trajectory for the world economy could appear, meaning a feeble post-recession recovery and the beginning of a depression lasting for years.

As the real economy falls, the capital market also falls, and so do asset values. In that eventuality, corporate debt service will lead to more business bankruptcies and job losses. The conditions are even worse in newly emerging and developing economies. Their hard currency external debt stands at $8.3 trillion currently, twice what it was 10 years ago, with 85 percent in U.S. dollars. With their economies fallidng and national currencies depreciating against the dollar, a debt crisis could lie ahead.

To avoid a repeat of the Great Depression, there should be a concerted effort by all countries, under the guidance of the World Health Organization, to fight the pandemic and check its spread as quickly as possible. All rescue measures, helpful though they are, will be less effective than getting the pandemic under control. Stigmatizing China is neither justified nor helpful in fighting COVID-19, the common enemy of mankind.

The G20 and other multilateral institutions should play a more effective role in coordinating global efforts to support the fragile economy. Fiscal and monetary rescue measures should support the real economy and jobs in various countries, helping to relieve debt and deleverage.

The lesson of protectionism in the Great Depression should not be forgotten. When the U.S. lifted tariffs across the board on imports under the Smoot-Hawley Act in 1930, The United Kingdom, France, Spain and Canada quickly fought back with equal countermeasures, leading to a 50 percent plunge in world trade and further aggravating the depression.

During the current worldwide recession, any protectionist measures will further disrupt fragile global supply chains and aggravate the situation. All economies should work together, refrain from any new protectionist measures and maintain existing global supply chains to ensure the free flows of goods, resources, capital and technology across borders. Only in this way will another Great Depression be avoided.