A Finale or A Beginning?

On the sidelines of the G20 summit in Hangzhou, President Xi Jinping and President Barack Obama had, probably, their last meeting between heads of state, as the White House is going to have a new host in months. As usual, the two presidents achieved consensus on a lengthy list of bilateral and multilateral cooperation opportunities. After the meeting, the US team has even signaled a potential partnership in jointly forging a peacekeeping force of the developing countries. 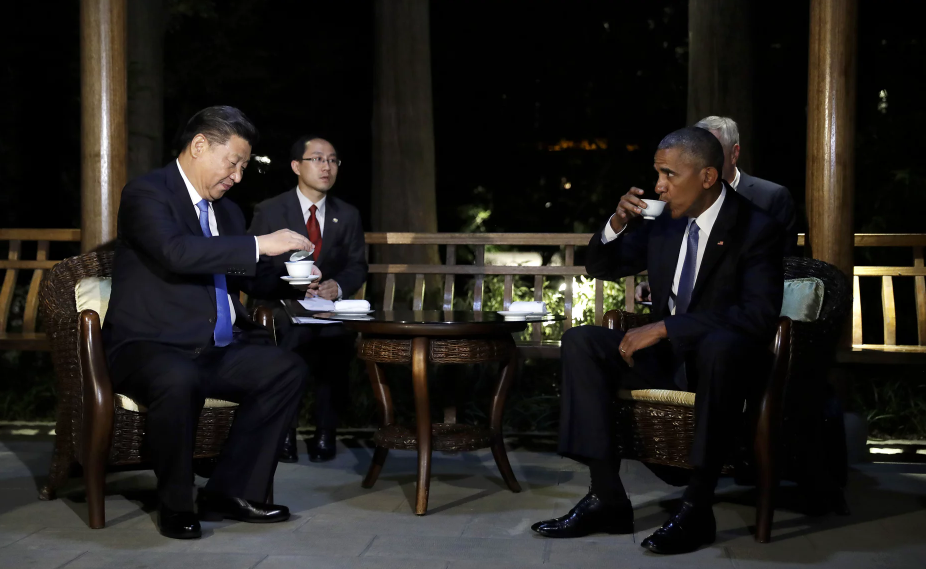 Since Obama became the US President, China and the US have embarked on a new level of collaboration. In 2009, Beijing and Washington launched their Strategic and Economic Dialogue (S&ED). The two countries have also set up their High-Level Consultation on People-to-People Exchange (CPE). Through these mechanisms of institutional collaboration and exchange, China and the US have installed high-quality interactions to assure their relations do not go astray.

Over the Obama presidency, China and the US have significantly raised their cooperation on a variety of important issues, especially on climate change, pandemic disease, the Iranian nuclear issue, military-to-military crisis prevention, as well as cybersecurity, etc. They have turned many of these from initial competitive and thorny problems to more or less collaborative areas.

For instance, though China and the US failed in their talks in Copenhagen at COP15, they eventually submitted in Hangzhou their respective ratifications of the Paris Climate Agreement to the United Nations right before this G20 summit. Similarly, despite their past mutual charges against each other on cyber hacking, they managed to launch in December 2015 an inter-agency platform, “High-Level Joint Dialogue on Cybercrime and Related Issues”, showing seriousness in addressing their common concerns in this regard. Through positive transformation of relations, they have extended their partnership to military confidence building, Iranian nuclear deal and many other areas.

In spite of this, China and the US have not been able to reduce, let alone to resolve, their perennial headache over Taiwan, Tibet and human-rights issues. China keeps prodding the US over Taiwan and Tibetan issues, demanding the US to end its intervention into China’s internal affairs. The US, meanwhile, keeps pressuring China on human rights and religious freedom, as President Obama has indicated at his press conference after talking with Chinese interlocutors in Hangzhou.

Over years, their divergence over respective strategic intention has sharply increased. Despite China’s proposal of a “new type of major-country relations”, i.e., with no confrontation but mutual respect and benefit, the US deeply suspects that China’s long-term strategy is to challenge America’s regional dominance in East Asia. In the US eye, Beijing’s making of its Air Defense Identification Zone in East China Sea in 2013, and land reclamation in the South China Sea in 2014-2015, are two landmark events illustrating China’s strategic intent.

Since 2011 the US has put forward its “Pivot to Asia” strategy, which was later termed as “Asia Pacific Rebalancing”. However, in China’s eye, it is simply America’s latest formula of check and balance targeting Beijing. Then given China’s rising capacity such containment policy would simply fuel their bilateral arms race in missile, maritime, cyberspace and outer space. All these have greatly soured their strategic trust, as evidenced by their contest in the South China Sea in the past few years. It seems that Xi-Obama’s “frank” talk in Hangzhou has not reversed the downward spiraling relations in this regard.

As Obama ends his presidency, Sino-US relations have become ever more complicated, with both cooperation and competition intensified. The latest talk between Xi and Obama may be their personal finale as heads of state, but not the end of China-US relations, especially not a pleasant closure of a chapter. Obviously over the next decade, such complex relations are likely to continue. A rising China is uninterested in biding its time any more, and an established America is unwilling to yield power to the other.

Therefore, expecting the start of an ever-complicated partnership. Beijing and Washington will collaborate more on global issues, non-traditional security matters in particular, while contesting more on strategic domains and regional leadership. Should such competition be handled in accordance with global norms, there is still hope to forge a predictable and constructive future.