‘Too Big to Fail’ 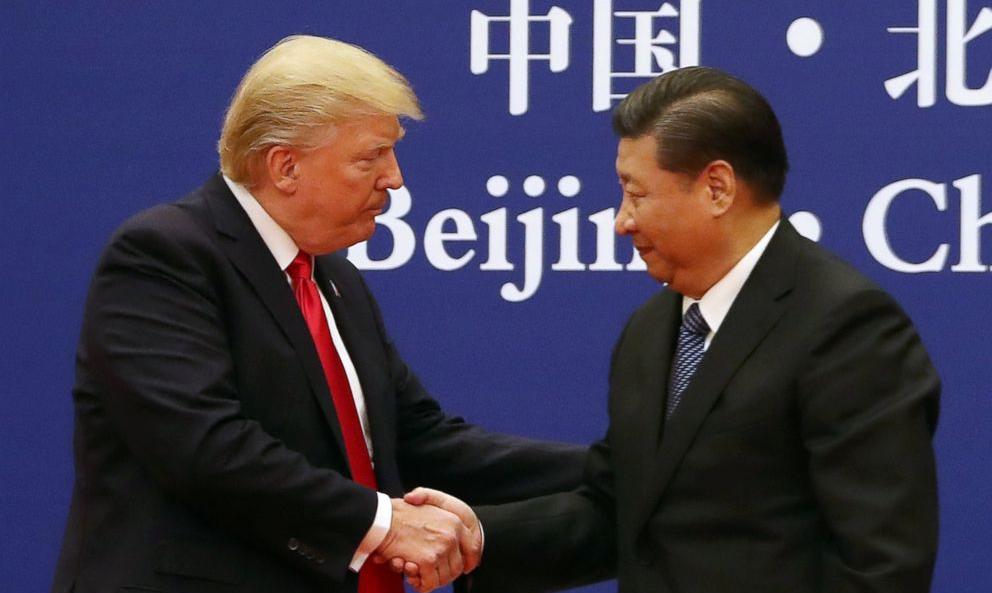 US President Donald Trump’s visit to China occurred at a very special time. Just two weeks before, the 19th National Congress of the Chinese Communist Party (CCP) concluded. Trump was the first foreign head of state to visit since then. At the congress, CCP General Secretary Xi Jinping announced “a new era” of socialism with Chinese characteristics. This means its relations with the US will change too. As Vice Foreign Minister Zheng Zeguang indicated, Trump’s visit would establish the blueprint for China-US relations in this new era.

No blueprint can be drawn completely within one visit. But it allowed China to focus on long-term and strategic issues, even though long-term stability requires cooperation in the short term too.

Trump’s visit also occurred on the anniversary of his election victory. On the campaign trail, Trump repeatedly attacked the US-China economic relationship. Ten months into his presidency, however, the China-US relationship is surprisingly stable, and no trade war has broken out. US mainstream media has begun ridiculing Trump for “softening” on China. In face of an unfriendly domestic environment, Trump indeed wanted a win overseas.

Because of this, the US side focused more on short-term and tactical issues during the visit. Trump hoped to take back some “gift packs” for his audience at home, especially on economic issues and on North Korea.

Thus, both sides fulfilled their aims during the visit. Trump took home deals worth an unprecedented $253.5 billion and a demonstration of the regard China holds his country through the grand welcome ceremony it gave him. Xi deepened his working relationship with Trump. During his visit, Trump also repeatedly expressed his gratitude for China’s hospitality and appreciation for its leaders.

Nevertheless, the China-US relationship remains strained. Over the past ten years, the American political establishment has been anxious about China’s rise. As China increasingly moves from  “standing up” and “getting rich” to “becoming strong” and develops with greater confidence, such anxiety may well increase. This trend will outlive Trump’s presidency.

Since Trump is anti-establishment, his way of thinking is different from the political elites’. On the one hand, from November 2016 to February 2017, this manifested in extreme negativity towards China, as Trump challenged the one-China policy and attempted to link the DPRK nuclear issue with economic ones. On the other hand, since March 2017, Trump seems to have cast off the fixed thinking patterns on China, and has begun to engage with it more positively.

The task for both countries is to sustain this positive momentum. To this end, both countries should continue high-level exchanges and cooperation on economic issues and on North Korea. It is also critical to prevent “disruptive issues” (like Taiwan) from arising.

China and the US should try to forge a stable long-term relationship. Three things are required for this. The first is to align their interests. China and the US need to increase bilateral trade and investment and reactivate Bilateral Investment Treaty negotiations at an appropriate time. At the same time, they should also increase people-to-people exchanges and cooperation on regional and global affairs, thus turning the China-US relationship into one that is “too big to fail.”

The second thing is to focus on crisis management between the two militaries. During the Obama administration, the two militaries signed a series of agreements on this point. Over the past two years momentum on this issue has slowed. It should be revived.

Thirdly, China and the US should develop political confidence building measures. Usually related to military affairs, CBMs are designed to assure one party that the other has neither the intention nor capability to attack it. Just as the two countries need CBMs in the military field, they need similar institutional arrangements in the political field. Since Trump is not that enthusiastic about exporting US ideology, he could, through rules, a shared understanding, and set practices, demonstrate that the US is not a threat to China’s political security. Likewise, China could also take steps to reassure the US on issues of particular concern. For example, China could demonstrate that it has neither the intention nor the capability to “drive America out of Asia.”

In short, a portal of opportunity has appeared. It is still unstable and could close at any time. Both countries should seize this opportunity to build a more stable relationship.