Abandoning the Nonalignment Stance? It’s Not A Policy Option for China

Some scholars have recently proposed “China should abandon its nonalignment stance” and “adopt an alignment policy”. They argued: China is growing stronger, but its global position has not been elevated accordingly and China’s international situation is under graver challenge when the United States implemented the strategy of returning to the Asia Pacific. When China is under suspicion, being demonized and contained and when its maritime territory is being encroached upon, China needs other countries to speak up for justice so that it will not feel “isolated”. They begin to question China’s nonalignment stance and policy it has been advocating and pursuing for years. 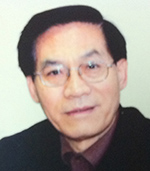 Then, should China give up the nonalignment stance? No, absolutely not. There is simply no possibility or the need for China to do so.

First of all, the world has changed and few countries would think of forming alliances with China.  Forming alliances is against the world trend for peace and development; against China’s aspiration for a harmonious world. The Cold War era is over. China has a clear-cut stance on the nonalignment movement. China highly appreciates the independent and non-alliance policy upheld by the movement, and its effort and contributions in defusing regional conflicts through peaceful means and in promoting the construction of a just and rational new international political and economic order. China considers the non-alignment movement as an important mechanism for the developing countries to strengthen themselves through unity as well as a platform to exert influence on international affairs. China, as an observer nation to the non-alignment movement, attended the movement’s meetings as a nonvoting member and positively responded to many of its important initiatives. In 1950, China and the then Soviet Union signed the Sino-Soviet Treaty of Friendship, Alliance and Mutual Assistance, a treaty of a similar nature to an alliance, with a valid term of 30 years. When the treaty expired in 1980, it was not renewed. In fact, due to the worsening China-Soviet Union relations, this treaty had existed in name only long before its expiration.

Some people might ask: under new circumstances and in the face of common threats, will it be possible for China and Russia to enter into an alliance again? The answer is clearly no.

In 2001, when then president of China Jiang Zemin visited Russia, he and Russian President Putin signed the Treaty of Good-Neighborliness and Friendly Cooperation between the two countries The treaty confirms that the friendly China-Russia relations will be a state-to-state relationship based on three factors – non-alliance, non-conflict and not against any third country. China and Russia are now each other’s most important strategic partner, and the bilateral relations are in the important position in their overall diplomacy and foreign policies. As both are permanent members of the United Nations Security Council, they cooperated closely in international affairs, and are all committed to elevating the practical cooperation in all fields. A spokesman for the Chinese Foreign Ministry pointed out the China-Russia relationship has become a strategic relationship with a high quality, a solid foundation, cooperation in many fields and highly influential in the region and the world as a whole. China and Russia are developing an important strategic partnership but will not enter into any alliance.

China steadfastly follows an independent foreign policy of peace, and this has been written into the Constitution and is the core and foundation of China’s foreign policy. To be specific, China adheres to the five principles of peaceful coexistence, makes friends, not enemies; pursues good-neighborly and mutually-beneficial principle with the neighboring countries; stresses to seek common grounds while shelving differences and to seek the convergence points of common interests with American and European nations; and calls to find peaceful solutions to international disputes through negotiations. In the past decades, China benefited from this foreign policy strategy, and its international position and reputation have been greatly elevated. Therefore, there is no ground at all for China to change its current foreign policy and to pursue an alignment strategy.

History has repeatedly proven that any kind of political or military alliance does no good but harm to world peace and security. The two world wars and the Cold War, to a great extent, were the outcome of the struggles between two military blocs. China wants peace and harmony, and the Chinese people cherish dearly a peaceful life. It would be against the national policy and popular desire to form any blocs or alliance, and it will never be adopted by the country nor be accepted by the people.