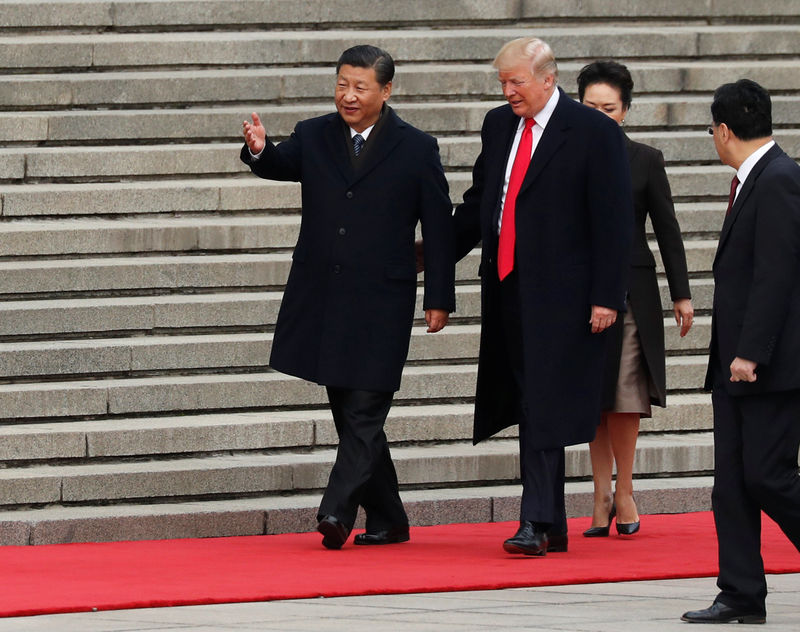 As 2018 dawns, the U.S.-China relationship will continue to dominate headlines, yet China remains a mystery to many Americans. At once a major marketplace, with almost one fifth of the world’s population and an economy that has grown more rapidly than any other in history, the U.S. posture is evolving and China is increasingly viewed as a global economic threat. Fairly or not, the impression has arisen that China has gained significant advantage playing by different rules. Among other concerns, China is accused of manipulating its currency to make its terms of trade more attractive, capturing by sundry means intellectual property developed elsewhere, and providing overwhelming government support for investment and production in a manner encouraging surplus production that undercuts U.S. and others’ competitiveness.

Meanwhile, China is also emerging as a more confident, assertive actor. In trade and economic terms, the Belt and Road Initiative is a dramatic vision of development for the Eurasian landmass and oceanic region that is now expanding far afield to Africa and Latin America. The Regional Comprehensive Economic Partnership, a China-led trade negotiation, promises to be an alternative trade arrangement for the Asia-Pacific Region, even as China works to strengthen its presence in existing institutions such as APEC and the WTO. China is also actively promoting alternative avenues for global economic management and governance, including the AIIB, the BRICS group with institutions such as the BRICS Bank, and bilateral lending and development activities.

Strategically, Beijing has resumed efforts to encourage outlier nations to shift recognition from Taiwan—Panama being the latest—while projecting influence through enhanced participation in extra-regional peace-keeping operations and building a more robust presence in the South China Sea. Such activities are bolstered by heightened defense spending including cyber and space capabilities and a more ambitious, comprehensive strategic vision. Support for this more assertive approach has now been consolidated during the 19th Party Congress, unifying the national political structure under leader Xi Jinping.

The U.S. reaction to these developments has been building for some time. Since China entered the World Trade Organization in 2001, economic pressure on the United States has intensified, particularly in manufacturing, driving labor concerns. As China has caught up to U.S. technology and even surpassed it in several sectors, business leaders who once saw China as a massive new market are themselves increasingly joining labor in seeing China as an economic threat. This is a potent political combination, amplified in the minds of many by concerns over Chinese moves to delineate an expansive and expanding sphere of influence.

Recognizing the national mood, President Donald Trump came into office at the beginning of 2017 promising to address the bilateral economic balances that exist and populating his administration with officials focused on China issues as a priority. Strangely, then, the administration took steps early on, announcing the withdrawal of the United States from the Trans-Pacific Partnership, TPP, creating uncertainty in the Asia Pacific region. Putting pressure on South Korea to renegotiate its bilateral trade agreement during heightened tensions with North Korea has amplified concerns, and the effort to renegotiate NAFTA with Canada and Mexico is causing both of those nations to seek increased ties with China in anticipation of a more complicated North American business environment.

U.S. policy to China clearly remains a work in progress. Meanwhile, rhetoric from President Trump himself has sharpened, and stronger trade enforcement actions may be forthcoming. Yet the United States increasingly needs a modus vivendi to work with China to address intractable global issues. Like several of his predecessors who began their presidencies with a different view, President Trump may begin to recognize that cooperation with China is essential wherever possible, minimizing the potential for significant conflict outside normal channels while working together on issues of mutual interest.

This point was highlighted in 2017 when leader Xi visited Trump at Mar-a-Lago and when President Trump visited Beijing. The growing problem of North Korea will not be resolved, for example, absent concrete steps by the United States and China in tandem, along with others in the international community, to put meaningful pressure for change on the regime in Pyongyang. This would reduce the threat of both nuclear or conventional conflict and also the potential desire by Tokyo and Seoul to pursue their own military build-ups including nuclearization. Similar cooperation may also be required closer to home, in Venezuela, where China’s active economic and tacit political support for the regime of Nicolas Maduro has enabled Caracas to dismantle democracy while advancing toward authoritarianism and dictatorship.

The challenges of global climate change simply cannot be addressed without both the United States and China actively at the table, along with Europe, India, and others. The same is true in working to limit damage and retaliation from cyber adventurism, state-led cyber extortion, and offensive operations potentially causing havoc to civilian populations and non-combatants. Certainly other issues might also be added as China continues its inexorable rise and the United States seeks ways to shore up its traditional position of global leadership.

Management of this tectonic shift in global economic and security affairs will require nuance, dexterity, and long-term vision from both capitals. There is cause for optimism so long as U.S. policy-makers recognize that the most productive path forward is not to maneuver into constant conflict with China but rather to concentrate on our own competitiveness, to restore a sense of national unity, and to re-emerge from the current political cycle as an example of an open market democracy that others are both willing and able to emulate. For its part, so as to be seen more as a friendly rather than threatening competitor, China should seek to abide by, not undermine, pre-existing global norms in the conduct of international economic and security affairs.

The natures of our two systems are fundamentally different, as are our histories, interests, and values. There is room for both but both nations must then believe they are benefiting more from cooperation and pragmatic relations than they would by attempting to isolate or reduce the other. The future of the bilateral relationship is uncertain, and it will see adversity, but it does not have to be defined by conflict. The key will be maximizing opportunity in the relationship while minimizing downside risk. This year, 2018, will be a worthwhile place to begin.

China-US RelationsChina’s Foreign PolicyWTOAPECTrump and China Policy
printTweet
You might also like
Back to Top
CHINA US Focus 2018 China-United States Exchange Foundation. All rights reserved. Disclaimer