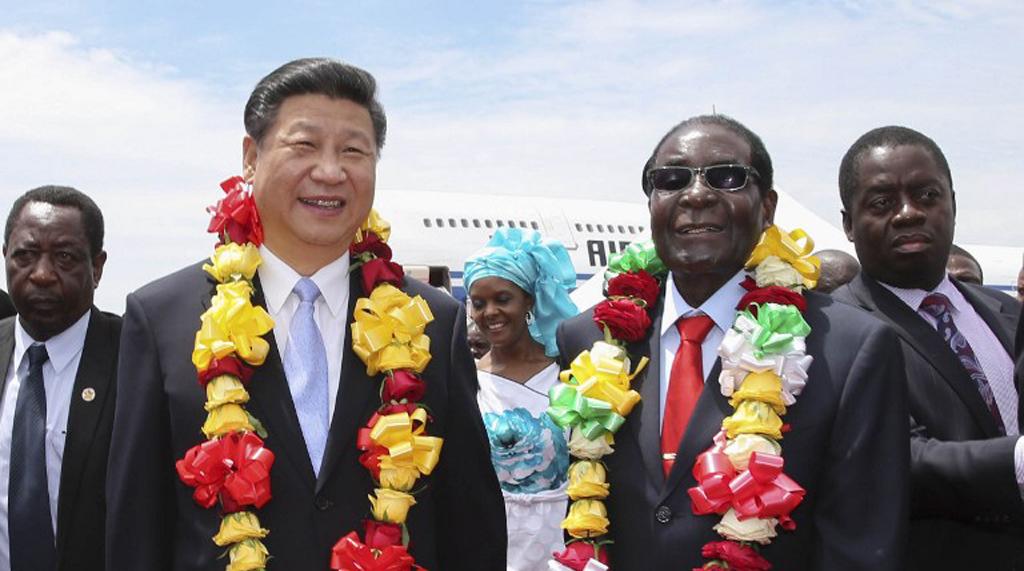 On November 21, Robert Gabriel Mugabe, the political strongman of Zimbabwe who had been in power for 37 years, announced his resignation. Three days later, Emmerson Dambudzo Mnangagwa, the previous vice president sacked by Mugabe, was sworn in as the country’s second president since its independence in 1980. How did China cope with its “old friend” Mugabe’s resignation, and what light does it shed on China’s New Era diplomacy after the 19th Communist Party National Congress?

Seeing it as Zimbabwe’s domestic affair, China observed the principle of non-interference

The political change in Zimbabwe originated from Mugabe’s dismissal of Mnangagwa on November 6 for allegedly coveting the presidency. In fact, for over three years competition for leadership within the ruling party has been increasingly fierce. Conflict between the two camps led respectively by Vice President Mnangagwa and First Lady Grace Mugabe grew increasingly obvious, with the latter claiming she was ready to take the reins from Mugabe.

By attempting to transfer power to his wife, Mugabe offended too many people, particularly senior establishment officials and their supporters, like the Zimbabwe Veterans Association and ranking officers within the Defense Ministry. Meanwhile, Grace Mugabe’s arrogance and extravagant lifestyle earned her a bad reputation amongst the public.

Obviously Mugabe’s fall was the outcome of political infighting within the country’s ruling party. Under the principle of “not interfering in other countries’ internal affairs”, the spokesperson of the Chinese Foreign Ministry answered 12 questions regarding political changes in Zimbabwe in five press briefings, refuting rumors and appealing for dialogue and peaceful resolution of the matter. From the beginning to the end, the Chinese side never made comments on whether or not its “old friend” Mugabe should resign, calling on concerned parties in Zimbabwe to properly handle the crisis, and expressing the belief that they could.

Fortunately the political change in Zimbabwe has been handled in a peaceful manner and to a great extent in accordance with the law. When Zimbabwe’s military, which had never intervened in domestic politics since the country’s independence, took actions and affirmed support for Mnangagwa, the ruling party also convened a meeting to confirm its support for the military, and thousands of people took to the streets, calling for Mugabe’s resignation. Following that, the Zimbabwe Parliament triggered constitutional procedures and prepared for Mugabe’s impeachment. The latter had to resign on November 21 after losing support from all major factions.

The Chinese government expressed support for the choices made by the Zimbabwe people, the various parties, and Mugabe himself, believing the country’s stability and development was of paramount importance. It supported the peaceful transfer of power. In his November 24 congratulatory message to the new Zimbabwe President, Mnangagwa, President Xi Jinping said the two countries are good friends, good partners and good brothers, and China-Zimbabwe relations have stood the tests of time and changing international conditions. The Chinese side cherishes its traditional friendship with Zimbabwe, and is willing to work with it to advance bilateral relations in all fields, to the benefit of both countries and peoples. On November 29, as a special envoy of the Chinese government, an assistant foreign minister conveyed President Xi’s oral message to President Mnangagwa, in which Xi again congratulated the latter for assuming presidency, and expressed the desire to develop bilateral ties on the basis of equality, mutual benefit, and win-win cooperation. President Mnangagwa expressed gratitude and pointed out that the Chinese envoy was the first foreign envoy he received after assuming the presidency, demonstrating his country’s special friendship with China.

In his inauguration speech, President Mnangagwa said his economic policies would focus on creating jobs. How to attract foreign capital to revive the weak and constantly weakening economy and deal with high youth unemployment, which is reaching 80% will be his foremost challenges. The solid foundation China and Zimbabwe’s economic cooperation has laid as well as their highly complementary economies will open up a brand-new chapter for bilateral cooperation. On December 6, representatives of both governments signed an agreement for China to give preferential loans and non-reimbursable aid. This is the first inter-governmental agreement Zimbabwe has signed with a foreign country in the post-Mugabe era. China-Zimbabwe cooperation has smoothly endured the political changes and embarked on a new journey.