At the North Korea Summit, Empathy is the Key 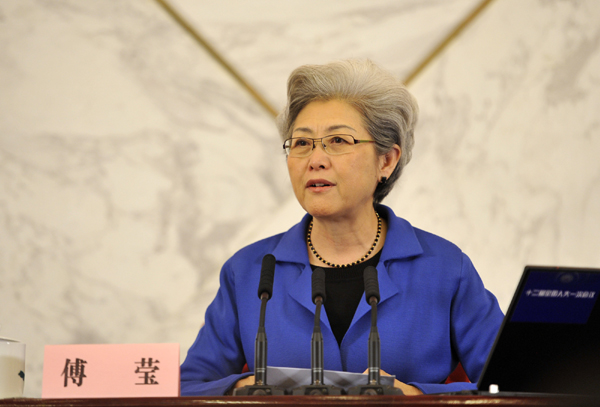 One of the important conditions for diplomatic success is to understand the other party, so as to form the right judgement and the right moves in negotiations.

In the 4th century B.C., Zhuangzi, an ancient Chinese philosopher, was challenged with the following question, “As you are not a fish, how can you say this fish is happy?” I often quote this when discussing the Korean nuclear issue with Americans, as I often have found them judging Pyongyang with their own assumptions.

For example, some have asserted that North Korea’s ultimate objective is to possess nuclear weapons and that talk about their security concerns is merely an excuse. Why would that be the case? Nuclear weapons are not food. If North Korea can be assured of its survival and opportunities for development, why wouldn’t it want to give up the nuclear weapons that have only gotten them mired in sanctions and confronted with a worsening environment? A North Korea in a constant state of insecurity would only go down further along the dangerous track of nuclear development. This has been the security dilemma that we have seen on the Korean Peninsula over the past 15 years.

Now, an unprecedented opportunity for peaceful resolution has emerged. We are witnessing a confluence of multiple favorable factors rarely seen in history and that may lead to a positive outcome.

First, South Korean President Moon Jae-in is a man of peaceful convictions. He began calling for peace and dialogue shortly after taking office last year, extending an uninvited olive branch to North Korea. In the context of the Korean Peninsula, this is like a bungee jump without a rope. Fortunately, he was caught safely by Pyongyang, which did not let go of his outstretched hand of peace. Following its sixth nuclear test in September 2017, North Korea claimed that it had reached its target of nuclear deterrence. Since then, the state has announced it would shift its focus to economic development. This turning point could not have come at a better time.

More importantly, we have also seen a turn of mind in the U.S. perception of the Korean nuclear issue. The Donald Trump administration came to realize the serious consequences of the approach taken by the previous administrations, which was characterized by pressure alone without serious peace talks. U.S. policymakers have also acknowledged the huge cost of war after toying with the military option and other tough measures.

On the one hand, the Trump administration slapped down more stringent sanctions on North Korea to impose more pain. Yet at the same time, it has gone further than any previous administrations in terms of the earnestness and consistency of its openness to engagement. Former Secretary of State Rex Tillerson’s “four nos” commitment — that the United States was not seeking regime change in Pyongyang, nor collapse of the North Korean state, nor premature reunification with South Korea, nor sending American forces into North Korea — gave the North Koreans the respect for which they longed. That statement was not lost on their leadership.

China’s position has been consistent. China is firmly committed to a nuclear-free Korean Peninsula reached through peaceful means and is opposed to war and chaos on the peninsula. The fact that Pyongyang and the United States are embarking on a journey of peaceful negotiations is in the right direction — a direction China has all along called for and has played a vital role in making possible.

Indeed, success of the summit between Trump and North Korean leader Kim Jong Un is not impossible. Both sides have made previously unimaginable concessions to make this happen. The summit may even lead to a new agreement and usher in an important stabilizing process.

Naturally, there’s no such thing as a free lunch. When faced with such a grave challenge, all parties need to make adjustments and compromises if they wish to achieve their respective objectives. For North Korea, this is a matter of life or death, and it will certainly take a very serious approach. Yet, it will be vulnerable, touchy and nervous at the same time. What Kim Jong Un has been after is no different from what his father and even grandfather had always wanted: national and regime security. No matter what North Korea does — be it nuclear development or abandonment — it would be for the same purpose. So, Pyongyang’s calculations are not difficult to gauge.

But what do we know about the U.S. approach? The Americans have been working on a thorough analysis of the nuclear issue and have detailed requirements as to how denuclearization should take place. But we rarely hear what they are ready to offer to North Korea in return. When the Americans propose a front-loaded denuclearization, have they thought about how to “front-load” North Korea’s security concern? When the United States demands that Pyongyang’s denuclearization be “immediate” and “permanent,” have they considered how to “permanently” guarantee Pyongyang’s security? The key is whether the parties can have empathy and step into the other’s shoes for a moment.

The parties are well-advised to avoid trapping themselves by making demands that are impossible to meet at the current stage. Some room should be left to make both parties comfortable enough to allow the process to proceed, which would be a remarkable achievement in itself. As the Chinese saying goes, “Three feet of ice does not form in a single cold day.” As the Korean nuclear issue has undergone a complicated evolution over many decades, its solution will take goodwill, patience and perseverance.

As a firm proponent of peace and a voice against war, China’s role has been similar to an anchor which moors the resolution of this conflict to a peaceful course. We will continue to actively encourage and facilitate conciliation. To play the stabilizing role of an anchor, however, China also needs to be ready for a possible derailing of the talks and be prepared to prevent the boat from drifting or even capsizing.

For the Chinese people, a peaceful Korean Peninsula is our fundamental aspiration. We would like to see the people of North Korea able to embark on a path of economic development. We sincerely hope that the parties rise to the challenge of this historic moment.

(This article was produced by The WorldPost, a partnership of the Berggruen Institute and The Washington Post.)

Trump-Kim MeetingNorth KoreaSecurity
printTweet
You might also like
Back to Top
CHINA US Focus 2018 China-United States Exchange Foundation. All rights reserved. Disclaimer