Adjustments After the Election 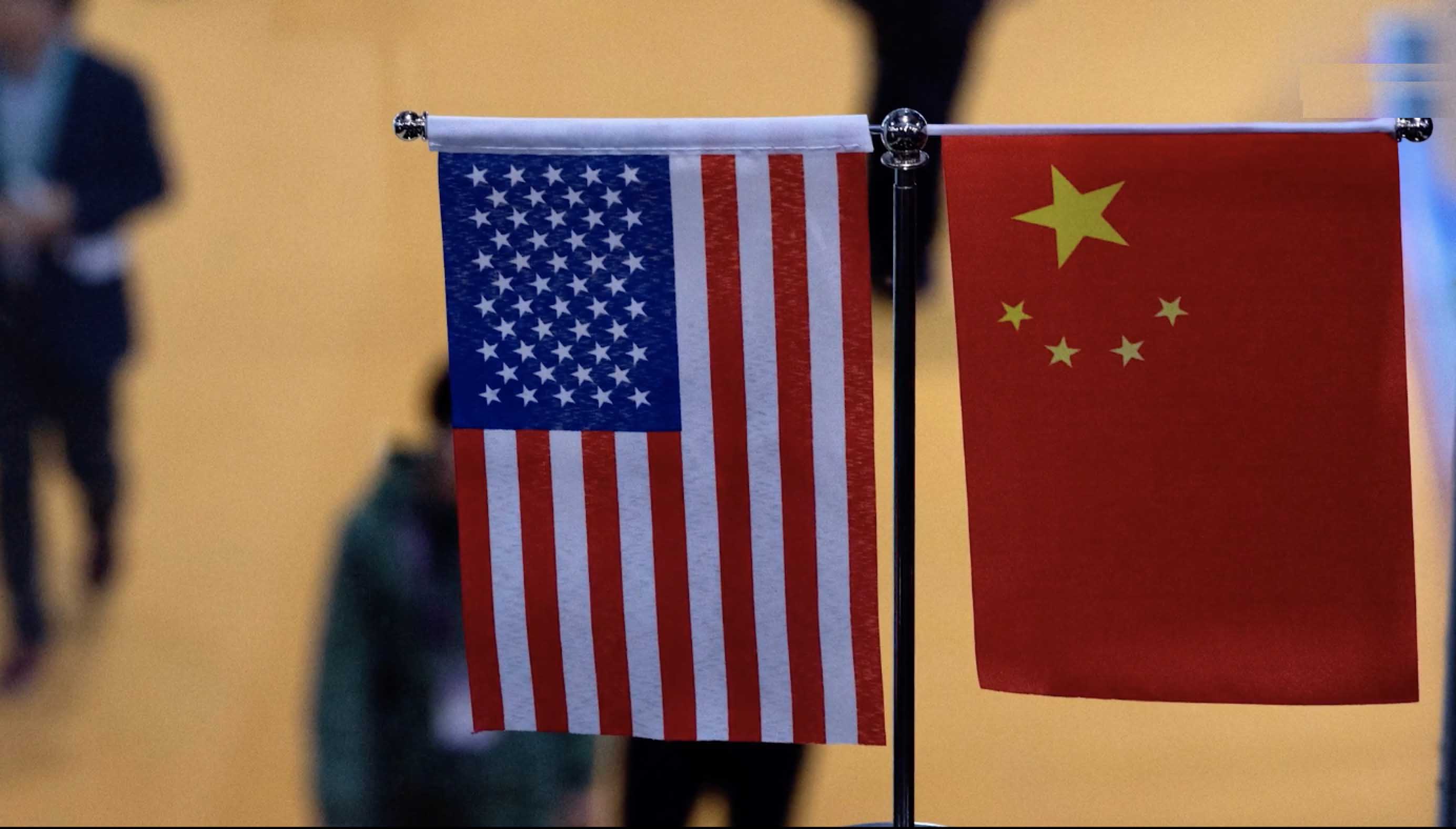 The result of the U.S. presidential election is a foregone conclusion, with Democrat Joe Biden emerging as the victor. The election marks a new era for U.S. politics, with Democrats at the helm again after a hiatus of four years.

A few underlying trends warrant attention. First, while Trump-style unpredictability is no more, his “America first” populism may not be easily rooted out and may continue to taint U.S. domestic and foreign policy. After all, 73 million votes went to Trump.

Second, the U.S. will become more restrained in terms of unilateralism or withdrawing from international obligations, and will elevate multilateralism and the role of international organizations, but it is by no means a cakewalk to reset U.S. leadership.

Third, even when China and the U.S. resume dialogue and reset the space for cooperation, a relationship defined by strategic competition is set in stone. The clock cannot be turned back to the days of coexistence of cooperation and competition, with cooperation dominant.

The question of the day is: Under the Biden administration, will both sides reach out with open arms to arrest the freefall of bilateral ties, and jointly negotiate their way out of gridlock? The answer is a cautious yes. But while the pause button is within reach, whether or not they can shake off pernicious strategic competition is anyone’s guess.

A war is not predestined between the U.S. and China, as the respective hegemonic and emerging power. Both sides command the wisdom to understand each other, and to comprehend the world through renewed efforts that draw from mutually beneficial cooperation over past decades. They can adapt to the evolving international landscape and reach a mutually acceptable set of rules and a framework to steer bilateral ties forward. The crux of the issue is what should be done to arrest the freefall once the pause button has been activated and negotiations on cooperative space are poised to kick off.

First, they must pull the plug on rhetoric about “cold war” or “hot war” to take the heat out of ongoing tensions. In the past two years, ideologically charged narratives on the part of the U.S. administration, both houses of Congress and prestigious think tanks have materially poisoned the ecosystem of China-U.S. relations and misled both news coverage and public opinion.

It seems that any reading of bilateral ties tends to take place at the extremes of the political spectrum. There are those who are overly optimistic, believing that despite the recent rough patch, bilateral relations are not getting any better but won’t get any worse. They note that the two sides have highly intertwined economic interests and are constrained by mutually assured destruction, or MAD, so there is no way a full-fledged war will break out.

The other view is overly pessimistic, working on the assumption that current China-U.S. relations bear a strong resemblance to relations between Britain and Germany before 1914 — both in terms of structure and driving force — and therefore conclude that war is inevitable.

The two arguments go back and forth, but neither recognizes the fact that China-U.S. relations have evolved in the course of globalization. China and the U.S. are not Britain and Germany in the pre-World War I period, nor does the analogy of tensions between the Soviet Union and the U.S. stand. The international landscape in the 21st century cannot be compared in the same breath with that of a century ago.

Just four decades ago, China and the U.S. managed to find strategic convergence in the midst of changing circumstances and engage in cooperation. And space for cooperation and convergence still exists. Fully aware of the consequences of a full-blown confrontation and war, neither country is willing to take bilateral relations into a cul-de-sac.

China and the U.S. are only a part of the world, not the whole thing. The world today has evolved from an America-centric world to a cosmopolitan one, and global governance has also been transformed — from governance by the West to shared governance between East and West.

While the U.S. has left no stone unturned to label the China-U.S. relationship as democracy vs. non-democracy, or good vs. evil, most countries don’t take sides. They don’t automatically subscribe to the U.S. view. Henry Kissinger, French President Emmanual Macron and Prime Minister of Singapore Lee Hsien-Loong have explicitly conveyed similar messages in their recent remarks, and call for levelheaded thinking on both sides. Former U.S. Ambassador to China J. Stapleton Roy expressed disapproval of the U.S. administration’s rhetoric in a conversation with me several days ago.

Eminent scholars such as Robert Kagan and Evan Osnos said that if left unmanaged the U.S.-China relationship may follow in the footsteps of the UK and Germany before WWI, namely “sleepwalking” into war. But neither country can afford to sleepwalk, and how they interact going forward is under close scrutiny.

Second, the two countries need to seize on the imminent window of opportunity to resume dialogue, and pave the ground in advance to capture the opportunity for detente, rules-based competition and an appropriate level of cooperation.

In light of Biden’s foreign policy cabinet lineup and U.S. political realities, strategic competition will not be reversed. There will be escalated ideological confrontation. Back in 2019, Kurt Campbell and Jake Sullivan co-authored an article in Foreign Affairs claiming that “China may ultimately present a stronger ideological challenge than the Soviet Union did.”

China-U.S. strategic competition must shake off ideologically driven thoughts and build a framework for orderly competition, which holds the key to all issues and sits at the center of future strategic dialogue.

Central to orderly rules-based competition is the recognition that the world order is being reshaped, and the world we live in is not going back to unipolarity in favor of accelerated development toward multipolarity. “Shared” and “common” are the key words.

As things stand now, it's premature to restart strategic dialogue, but it's possible for both sides to engage and converse in relevant areas and take measures to rebuild confidence and trust in tandem with Biden’s taking office. Possible areas for such early engagement include pandemic control and mitigation, economic and trade ties, financial cooperation, cybersecurity and crisis control.

Here are some steps:

1. As the pandemic will not be going away in the short term, Biden has made it his first priority, which suggests there is ample room for cooperation between the two countries. Also, they need to sit down and share visions of pathways to spur economic recovery in the post-COVID era and compare notes on respective policies.

2. Supply chains are undergoing adaptation, with strategic policy shifts and fallout from the pandemic. But trade and economic cooperation have a direct bearing on shared interests and people’s daily lives, and must be restored at an early date.

As for whether to stick to the phase one trade agreement before moving to phase two, or starting a new bilateral trade negotiation, both sides can just see how things flow. In the meantime, talks about reforming the WTO and issues related to the multilateral trading system can be pursued with a view toward restoring and improving the system.

3. It is necessary to engage in dialogue in the financial sector. And conditions are already in place. In the aftermath of the 2008 financial crisis, China and the U.S. worked in sodality to tide over the crisis. It is remembered as a highlight of bilateral ties to this day.

Dialogue could focus on two fronts: First is the mounting global financial crisis. Members of the G20 have injected $17 trillion to boost liquidity, with U.S. Federal Reserve pandemic response programs totaling $4 trillion and fiscal stimulus mounting to $3 trillion. Dollar depreciation and financial fluctuations are bound to happen at some point, posing a common challenge for the U.S. and China to forestall a new financial crisis and propel the global economy out of the trough at an early date.

China and the U.S., as the two biggest economies in the world, must work together to empower the G20 to play its role as the premier platform for global economic governance.

With China’s steady and further financial opening, and the influx of U.S. capital, central banks and financial institutions in both countries must examine various scenarios to adapt to new circumstances and manage risks.

4. Cybersecurity concerns national security and livelihoods. There is a pressing need for the two countries to engage in cybersecurity dialogue, including operational rules to prevent cyberattacks, and to specify what kind of attacks constitute an act of war. A global governance network is needed, as are the establishment of cyber cooperation and crisis control platforms to ensure timely communication on existing and prospective problems in cyberspace.

5. Military confrontation control mechanisms and other crisis controls need to be refined and updated. Rapid development of technology may compound the consequences of rising tensions in the bilateral and military arenas. It is therefore necessary to put into place regular crisis control mechanisms under the military and diplomatic remits to prevent frictions from escalating into crisis, and to ensure high-level hot lines are open and smooth.

For the U.S., multiple domestic challenges are emerging, with rife populism, identity politics and income inequality converging with soaring racism and economic doldrums. Much needs to be done at the domestic level, but a favorable international environment through cooperation with China is also essential.

History has borne out that when China and the U.S. are at peace, the world is in harmony. The opposite is true as well. Differing approaches in response to the pandemic have invoked comparisons of the economic development paths and political systems in the two countries, and the economic trajectory in each country will fuel such comparisons. Academics and the general public are questioning the effectiveness of the Western democratic system.

China doesn’t seek to engage in any form of ideological competition, and rejects politicization of the pandemic and economic engagements. It believes that all countries should pursue development models and political systems in keeping with their own national realities. China and the U.S. need to explore the philosophy of economic transformation and pathways of implementation suitable to themselves. Only with accommodation and closer cooperation can the two forge a complementary relationship for mutual benefit.

Fourth, with the increasing fragmentation of global governance and anarchy in global affairs, “Chimerica” is neither realistic nor workable. At the end of the day, however, the two giants need to strengthen trust and cooperation while upholding multilateralism and play a leading role in international affairs and tackling threats arising from conventional and nonconventional threats. Cooperation with Europe and others is essential. Humanity has a shared future. It is within our ability to shape and influence each other. We will sink or swim together.

U.S. China PolicyChina’s U.S. PolicyBiden
printTweet
You might also like
Back to Top
CHINA US Focus 2023 China-United States Exchange Foundation. All rights reserved.