Between Confrontation and Cooperation 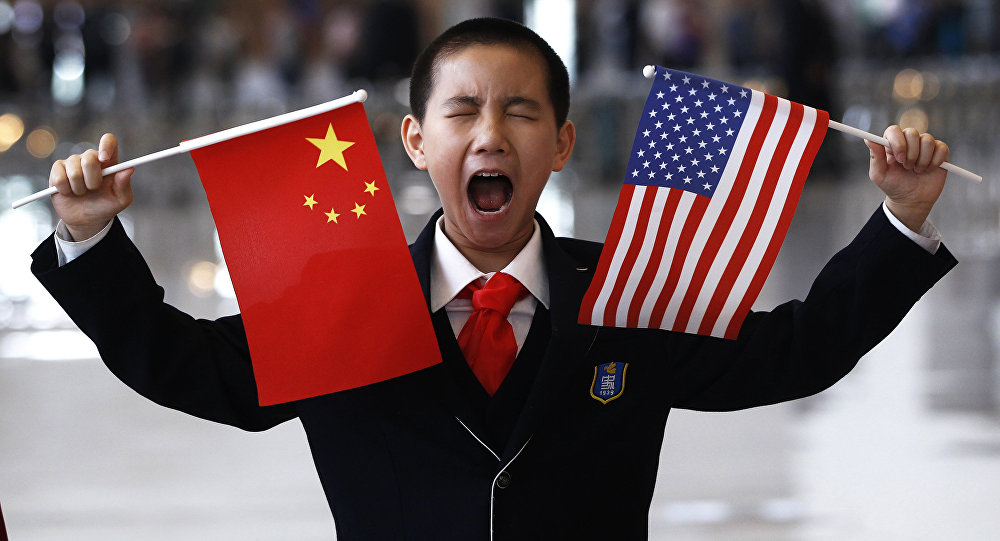 The rise of China, the relative decline of the West and the election of Donald Trump have introduced unprecedented uncertainty into China-US relations. For most of the 70 years since the founding of the People’s Republic of China, China-US relations evolved as part of the international order dominated and shaped by the West, and the US in particular. Now, the rise of China and the relative decline of the West have eroded Western domination and the election of Donald Trump has put US global leadership into question. What does all this mean for China-US relations? Will the two countries go to war, as some argue? Or will they develop a new type of great power relationship as many have hoped?

Though some have predicted that China and the US, the rising power and the hegemonic state, will end up at war, the chance of that happening is still tiny. To begin with, we are living in an age of nuclear weapons. Neither country can afford a war that may turn nuclear. Also, China has not pursued territorial expansion. In fact, the PRC has been seeking to fix its borders with its neighbors since its founding in 1949 and has successfully settled most of its land borders and some maritime borders through negotiations. And China is unlikely to pursue territorial expansion in the days to come. Despite its more assertive stance on maritime claims and some remaining land disputes, Chinese territorial claims have remained the same.

Furthermore, since China’s reentry into the international system in the 1970s, especially after adopting the policy of reform and openness in 1979, China has gradually integrated with the existing international order and become a major stakeholder, just like the US. Therefore, it has no interest in overturning the existing international order. Indeed, China has an interest in maintaining it. This requires it to cater to other countries’ wishes, especially those of the US, to obtain their cooperation. Finally, despite different national priorities, China and the US in principle share an increasing number of values including peace, stability, the rule of law, human rights, and democracy. As China modernizes, the difference between the two countries in the practice of these values is likely to decrease.

If the two countries are unlikely to end up in a confrontation, does that mean they will develop a new type of great power relationship characterized by non-confrontation, mutual respect and win-win cooperation? That would be difficult if not impossible. To begin with, the rise of China has altered its relationship with the US. After more than three and a half decades of rapid economic growth, the gap in power between the two countries has significantly narrowed. China’s GDP in PPP terms exceeded that of the US in 2014. Economists project that it won’t take long for China to replace the US as the largest economy in nominal terms. Despite the fact that China still has a long way to go to catch up with the US in comprehensive terms, this has already created anxiety on both sides. Amongst other things, both countries have found it difficult to treat each other as equals. Whereas China is increasingly worried about any American plans to encircle or contain China, the US is increasingly worried about any Chinese plans to expand its territory or challenge the existing international order.

Moreover, China’s rise has changed its identity and interests. China is less like the poor, backward, weak developing country it was before. At the same time, it is not yet a rich, advanced, strong developed country. It is neither and it is both. Identity defines interests. Thus China finds it hard to define its interests. For instance, on climate change, China has found it difficult to decide whether its interests demand prioritizing the right to development or pushing for the reduction of carbon dioxide because it is both a developing country and a developed one. National interests dictate foreign policy. As China has two sets of national interests on many issues, it finds it impossible to pursue a coherent foreign policy. That complicates its relationship with the outside world, including the US.

In the past, this was not an issue in China-US relations in part because China’s economy was backward and uncompetitive and in part because existing economic theories suggested state intervention into the marketplace was unlikely to succeed. However, as China’s economy grew in size and efficiency, Americans began to take China’s state-centered developmental approach more seriously. They worry that Chinese practices distort the market at the expense of US interests. Accordingly, they demand the Chinese government abandon this approach. In recent trips to the US, I heard many Americans complain about the Chinese government’s “Made in China 2025” program. This is a ten-year national plan aiming to comprehensively upgrade Chinese industry. The plan was drafted by the Ministry of Industry and Information Technology and adopted and published by the State Council in 2015. Will the Chinese government abandon its plan for economic development that is generally viewed by Chinese to have served China’s interests? Not likely！ The conflicting approaches to economic development are likely to haunt the relationship between the two countries in the days to come.

Finally, the election of Donald Trump and the associated change in US foreign policy has introduced even more uncertainties into the relationship. Since WWII, the US has defined its relationship with the outside world in terms of leading, shaping, and maintaining world order. Americans think that the US can only promote its interests by maintaining world order. Consequently, the US is involved in world affairs at a level unprecedented in history.

Early on, Americans realized that maintaining world order is an expensive business. Historically, according to Paul Kennedy, Professor of History at Yale University, superpowers declined not because they were defeated by rising powers, but because they were overwhelmed by the cost of maintaining order. Imagine how much is needed to protect the international sea-lanes, to enforce WTO regulations and environmental treaties, to maintain the international non-proliferation regime.

To avoid the fate of hegemonic decline, or at least postpone it as far as possible, the US has no choice but to minimize the cost of maintaining world order. Broadly speaking, since the end of WWII, the US has done three things to address this challenge: (1) established a system of military alliances, (2) created a UN-centered group of international institutions, and (3) developed various partnerships with other countries. In return for their help, the US has made various commitments to other countries. In general, this has enabled the US to make good use of them and to maintain the international order at minimum cost.

The election of Donald Trump may be changing all this. Trump has been pushing for the US to reduce its international commitments at the expense of its allies and partners. He wants the US to be a free rider rather than a caretaker and leader of the international order. Accordingly, he has advocated policies like: (1) America First; (2) allies paying much more for US protection; (3) reciprocal trade; and (4) bilateral deals.

If Trump gets his way, he may cut better deals with other countries in the short run because of unrivaled US power. However, in the long run, his approach undermines the existing global order from which the US has benefited so much and discourages the international cooperation that has been so important for the US to promote its interests.

US abdication of global leadership has broad implications for its relations with China. A weakened world order may: (1) lead to more uncertainty on how China and the US will deal with each other and with the rest of the world; (2) make it more likely for the two countries to get into a trade war and other kinds of conflict; (3) make it more difficult for the two countries to cooperate on growing global challenges; and (4) encourage US allies to take their security into their own hands, including exploring the nuclear option since this is the cheapest way of defense. In short, it would further complicate the already very complicated state of China-US relations.

Some may say that Donald Trump’s term is limited and his successor will undo what he’s done when he’s gone. Maybe. However, chances are some of his policies are here to stay. This is because his election is not an accident. It is the result of fundamental changes in American society in the context of globalization and in response to the policies of previous administrations.

In light of this, China-US relations will likely end up somewhere between hostile confrontation and friendly cooperation. They will likely continue to fluctuate between limited conflict and limited cooperation. On the one hand, stakes are high, shared interests are many, and the need for cooperation is great. On the other, differences are real, mistrust is strong, and the urge for demarche is difficult to resist. How this drama unfolds depends much on how leaders of the two countries exercise their vision, wisdom, and skills in managing the relationship.

China-US Relations
printTweet
You might also like
Back to Top
CHINA US Focus 2018 China-United States Exchange Foundation. All rights reserved. Disclaimer