Donald Trump is to become the host of the White House in a few months’ time. Analysts across the world are sharing tons of comments about it. Some express “cautious optimism” while others display “guarded pessimism”. Given the appearance of another “black swan,” the Philippines’ newly elected president Rodrigo Duterte, I am optimistic about where the international situation and the United States’ foreign policies will head to. 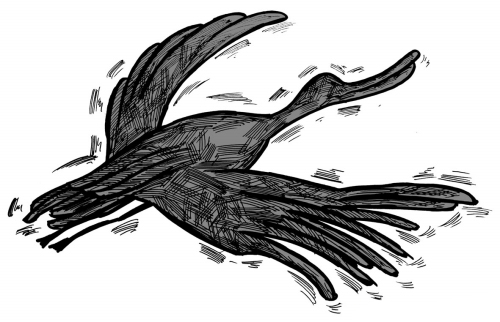 This year’s international situation is characterized by chaos, changes and a desire for law and order. Of these interrelated features, change is the key link. The process of quantitative change seems to have reached the critical point, proceeding into the stage of qualitative change, as is suggested by the “Trump phenomenon” in America and the “Duterte phenomenon” in Asia.

For quite a long time, it has been a common understanding that the process of quantitative change is accelerating and a historical change is happening to the balance of international forces. What is emphasized in this conception is the “progressive course” of the “quantitative change.” I have written a caricature-style Chinese couplet for the United States: “Sorry and helpless about flowers withering, one tries hard to retain spring’s glory – ability falling short of ambition.” The “Trump phenomenon” indicates the birth of a new trend of thought – “seeking change” and “seeking good governance” – in veteran developed countries that are currently caught up in various kinds of turmoil.

On the other side of the world, many developing countries that have grown “richer” than before are also looking forward to change and good governance. The “Duterte phenomenon” reflects, in a certain sense, the wish of developing countries for independence and equal treatment from global powers; they don’t want to be controlled by any power, much less being forced onto Washington’s war chariot.
It would be a great fortune for the whole world if both sides’ expectations for change and good governance could meet and reconcile with each other. The most imminent problem right now is how new the “Trump new administration” will be, how he will fulfill his promises to “always put America’s interests first” and “let America be great again”, and whether the US will continue to police the world meddling other nations’ internal affairs or adapt itself to the expectations of the times. The world needs to watch how Trump will treat the “Asia-Pacific Rebalancing” strategy, how he will improve US relations with Russia, how he will respond to the friendly messages released by China, how he will readjust relations with allies and whether he will be serious in fighting terrorism and respect the United Nations’ central role.

The sudden collapse of the Soviet Union in 1991 gave the US a pleasant surprise. Francis Fukuyama, a well-known American political scientist, published a book titled The End of History and the Last Man, which typically represented the elation that was pervading the US at the time. He claimed that the US, and its values, will prevail in the world. Some other analysts predicted that China would be the next to fall in the domino effect.

However, facts have proven that the Americans misjudged the situation; they developed a false understating of China and failed to see the massive rising of developing countries; they also developed an incorrect judgment about themselves. They endeavored to squeeze Russia’s strategic space and tried to surround China with a chain of hostile forces as they did against the former Soviet Union. George W. Bush even waged a series of wars in defiance of the disapproval of the United Nations. The wars ended in “victory that is as sad as a debacle,” reducing the world’s sole superpower to embarrassment.

Fukuyama is a serious scholar. A few years ago, he realized and admitted that his optimism had been unfounded. He wrote recently that the election of Trump marked “the end of a time,” or the end of US hegemony. Fukuyama’s change from “the end of history” to “the end of the time of hegemony” reflects the current trend of “seeking change” and “looking forward to good governance.” This time, he may not commit the same mistake as he did when he reached the “end of history” conclusion based on a superficial understanding of things.

Repudiating the critics of Trump, Fukuyama said he is an isolationist in his innermost being rather than someone who has an intrinsic craving for the power to wield the club of war in the world. Trump has his own thought and sticks to it, Fukuyama said. Whether Fukuyama is right this time remains to be tested by facts.

Admittedly, one cannot rule out the possibility that Trump, who is usually bent on having his own way, bucks the trend of the times and globalization. If so, the people across the world will suffer tremendously, but at the same time the US will decline sooner. As an ancient proverb goes, those whom the gods wish to destroy they first make mad.

Trump and China PolicyDuterte
printTweet
You might also like
Back to Top
CHINA US Focus 2018 China-United States Exchange Foundation. All rights reserved. Disclaimer