China and Japan Should Seize the Moment and Repair their Relations 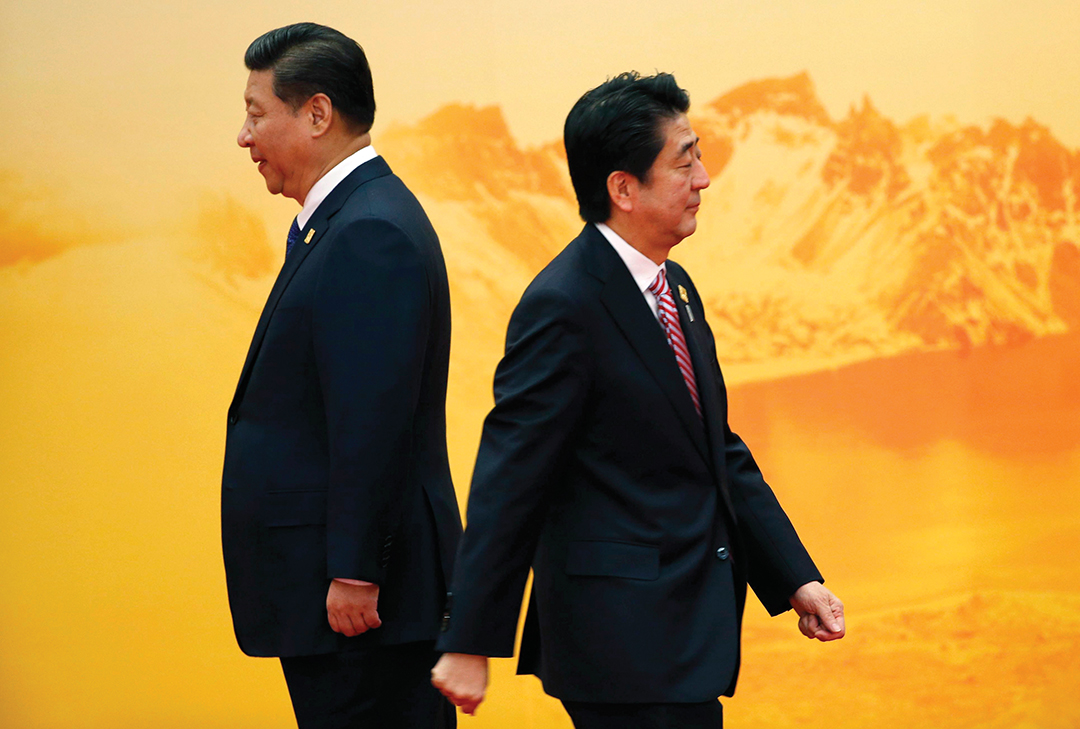 History hangs over the China-Japan relationship. Beijing is ever ready to use the memory of Imperial Japan’s aggression and war crimes to its advantage.

However, Chinese anger is genuine. Unfortunately, Japan has done less well than its even more murderous World War II ally Germany in confronting national demons and repairing relations with neighbors.

The problem seemed to worsen under Prime Minister Shinzo Abe, who came from the Liberal Democratic Party’s more nationalist faction and has pushed to expand Japan’s military role and budget. The confrontation over the Diaoyu/Senkaku Islands now is a possible trigger to war.

However, on September 28, the 45th anniversary of the normalization of relations between the People’s Republic of China and Japan, Prime Minister Abe and Foreign Minister Taro Kono made a surprise visit to the Chinese embassy in Tokyo. Abe argued that better relations were essential for the region’s peace and prosperity and invited Chinese President Xi Jinping to come to Japan: “After my visit to China, I want President Xi to visit Japan.” Foreign Minister Kono expressed his desire to go to Beijing to “discuss concrete measures for bilateral cooperation.”

Politics may have played a role in Abe’s action. He visited the embassy on the same day that he dissolved the Diet, calling an election for late October. He may hope to lessen opposition to his proposals for a more assertive foreign and military policy with a dramatic friendly gesture to the PRC.

Chinese Foreign Minister Wang Yi returned the offering. He met with Japan’s ambassador to the PRC and said that “We should cherish the dedicated efforts of the older generations of Chinese and Japanese leaders and further improve and develop China-Japan relations. This is the due historical responsibility of the two sides.” Foreign Minister Wang also noted that “We look forward to more good news on China-Japan relations.” He took a softer approach despite the Communist Party’s upcoming National Congress, which could have inspired a more hawkish response.

In fact, there is other evidence of a Japanese desire for better relations. After the August anniversary of the end of World War II, for the first time in 37 years the prime minister and other top government officials did not make their usual pilgrimage to the Yasukuni Shrine, at which several major war criminals are remembered.

Moreover, Tokyo indicated that it will participate in President Xi Jinping’s One Belt and One Road Initiative and may join the Asian Infrastructure Investment Bank. The U.S. has been skeptical of the former and hostile toward the latter; Japanese involvement would affirm the PRC’s leading economic role in Asia.

China has sent positive signals in return. The PRC held numerous ceremonies marking the normalization of relations and downplayed its usual hostile commemoration of the 1937 Marco Polo Bridge Incident, which essentially triggered the long, bloody Japanese war against China. Just three years ago President Xi participated in the ceremony at the bridge and nearby Museum of the War of Chinese People’s Resistance Against Japanese Aggression. (The facility could more accurately be named the “We Really, Really Hate Japan Museum.”)

Moreover, the right officials might be negotiating with each other. Writing for the Diplomat, Charlotte Gao noted that “both foreign ministers of Japan and China actually have profound knowledge of each other’s country.” Of course, personal connections rarely are enough to overcome differences in basic interests in international relations. But the PRC and Japan both have good reasons to improve their tortured relationship.

Bilateral economic ties are large and important. Although China’s GDP has moved ahead of Japan’s, Japan remains wealthier. Investment and trade, which at times have been challenged by nationalist boycotts in the PRC, benefit both sides.

The security relationship has been more problematic. Although it is hard to imagine a direct Japanese military threat to China, Tokyo is allied with the U.S., which is dedicated to containing the rising PRC. And Japan is a major base for American military operations.

In turn, Beijing poses the most serious long-term security threat to Japan. The PRC’s economic expansion has enabled creation of a larger and more sophisticated military. Although historically China was not aggressively expansionist, the future holds no certainties. A hostile and more powerful PRC creates unpredictable dangers which Tokyo can ill afford to ignore. These uncertainties have driven Prime Minister Abe’s military plans, dismaying Beijing.

Japan’s most immediate concern is the territorial dispute over the Diaoyu/Senkaku Islands. China has grown more assertive in pressing its claim to a handful of rocks administered by Japan. While neither side wants conflict, an overly aggressive navy captain or air force pilot could turn the stand-off hot. The more antagonistic the relationship, the more likely the incident is to expand.

The PRC also plays a key role in North Korea, whose behavior increasingly threatens Tokyo. Japan’s military has suggested the need for a means to preempt North Korean missile launches, while some analysts whisper about the possibility of creating a Japanese nuclear deterrent. The growing threat from Pyongyang adds urgency to Prime Minister Abe’s plans.

Rapprochement would moderate all these concerns. While China has little to fear from Tokyo, the Japan-U.S. alliance is a potent constraint on the PRC. Beijing obviously gains if Tokyo pursues alternative policies to China’s containment.

The issue reaches beyond Japan. The PRC’s assertiveness has caused nearby lands, such as the Philippines, to encourage greater Japanese military involvement.

Tokyo also would benefit if its relationship with the PRC focused on future cooperation rather than past conflict. Tokyo would feel less need to expand its military. The Abe government also might be more willing to discuss peaceful compromises regarding the contested islands. Economic interests in China would be more secure.

Prime Minister Abe has taken merely the first step in a potentially long reconciliation process. However, both countries should put the indefensible past behind them.

Making Asia more stable and peaceful would benefit America as well. Both China and Japan should recognize that shared interests in the future are more important than bitter antagonisms of the past.

China-Japan RelationsSino-Japanese Relations.Asian Security
printTweet
You might also like
Back to Top
CHINA US Focus 2018 China-United States Exchange Foundation. All rights reserved. Disclaimer