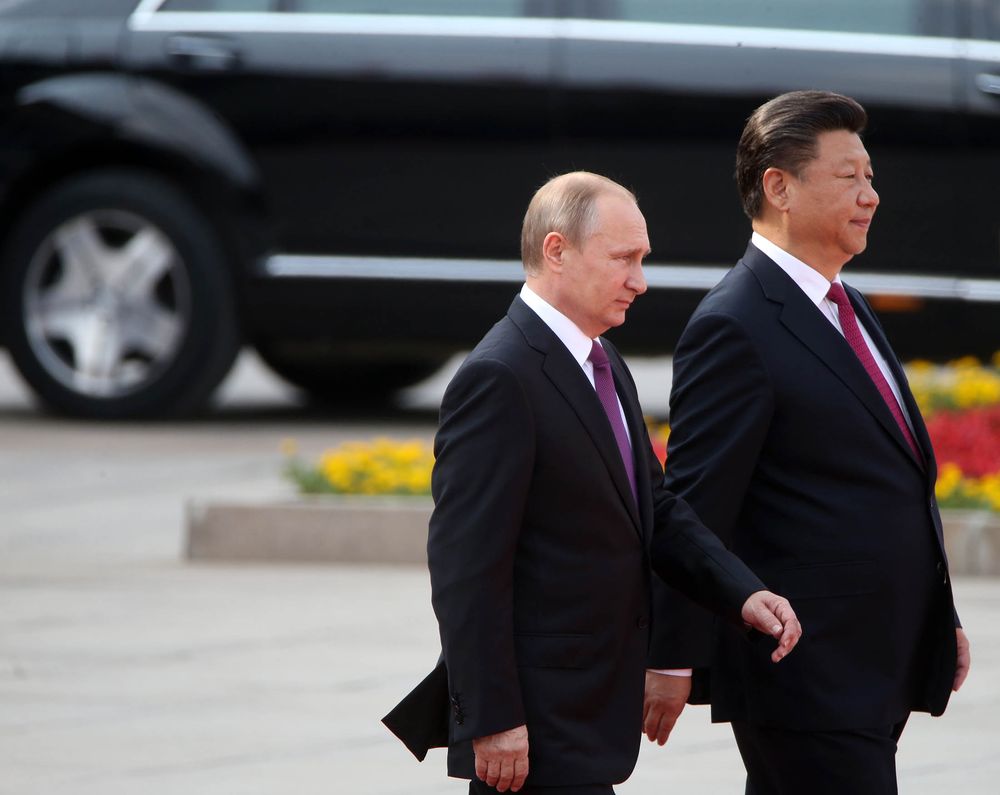 Every global economic crisis since the early 20th century was caused or accompanied by huge changes in the international political system. After the Great Depression the US established diplomatic ties with the Soviet Union, marking the final recognition of the USSR by Western society. After the 1973-1974 global economic crisis, the Helsinki Final Act of 1975 saw a relaxation in East-West tensions.

Something similar happened in the early 21st century. The financial storms of 2008 brought a series of huge changes to the international environment. For example, the Obama administration began a global strategic contraction, leading to a marked decrease of America’s global control and virtually declaring the end of US unipolar hegemony. The US also started to move its strategic center of gravity eastward, and sought a ”fresh start” with Russia.

All these changes have had a profound effect on China-Russia relations, resulting in some new features.

The international influence of both countries has changed, and so has their relationship with each other. When they established a strategic partnership in 1996, China was relatively weak, with a GDP of just $860 billion. Despite experiencing an economic recession after the disintegration of the Soviet Union, Russia, for military and historical reasons continued to exert great influence over the Eurasian continent. Arguably, before 2008, it was US-Russia relations, not China-US relations, which was the world’s most important relationship.

Since then, the US has shifted its strategic focus east. Russia is no longer considered its primary international competitor, and its relations with China have become all-important.

China’s role in international trade and the international financial system has become more important since it became the world’s second largest economy in 2010. Its influence in the BRICS and G20 now far exceeds Russia’s. The relative weight of China and Russia in their bilateral relationship has also changed. China’s GDP totaled $11.199 trillion in 2016 and Russia’s was about $1.286 trillion. Furthermore, since the financial crisis, and the Ukraine crisis, China has often played the role of an aid provider to Russia. In 2008 China gave Russia a loan of $25 billion to build the Pacific oil pipeline. In 2014, it gave Russia $25 billion dollars in advance to transport natural gas to it by pipeline after 2018. In 2016, it loaned Russia $6.2 billion dollars for the construction of a high-speed rail from Moscow to Kazan. Military and technological exchanges between the two countries have also started to flow in both directions.

China and Russia now differ in their strategic positions in the existing international system. In the joint statement between Chinese and Russian heads of state in 1997, both wanted to promote multi-polarity and a new international order. Subsequent joint statements have kept the multi-polarity part. However, as China became more deeply integrated into the existing world order in the 21st century, particularly since its entry into the WTO, it has benefited immensely. It now no longer even mentions promoting multi-polarity in its most important official documents. Instead, it frequently emphasizes cooperation with the international community, a shared future, mutual benefits, and win-win situations. When the Asia Infrastructure Investment Bank (AIIB) and the BRICS’ New Development Bank were founded, it was emphasized that they were to complement and improve the existing international financial system rather than challenge it.

On the other hand, Russia has consistently emphasized multi-polarity in its official diplomatic documents, especially in editions of Russian Foreign Policy Concept. The Russian annexation of Crimea during the Ukraine crisis directly challenged the existing international order, leading to a sharp confrontation with the Western world.

As the international strategic environment changes, so has the China-Russia relationship. But China-Russia relations remain better than either of the two countries’ relations with the US. China and Russia have the same fundamental positions in many international organizations and closely collaborate in bodies like the Shanghai Cooperation Organization, BRICS Forum and AIIB. Friendly ties with Russia give China the reassurance of a stable security situation along its northern border when dealing with the constantly emerging security and diplomatic disputes along its other frontiers.