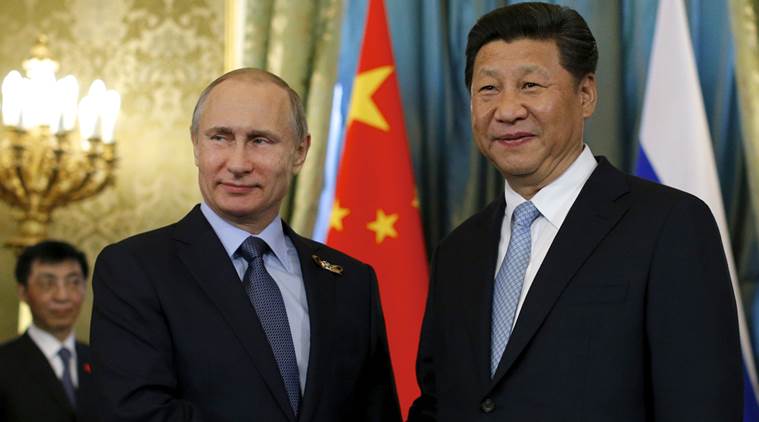 China and Russia collaborate at the global, regional, and bilateral level. At the regional level, their cooperation has contributed to common understanding and trust.

From the mid 1990s to the eve of the financial crisis, China and Russia exchanged mutual support on issues involving national security and sovereignty, like Chechnya and Taiwan. The two also collaborated on security in Central Asia after 9/11, and at the Six-Party Talks after the second DPRK nuclear crisis.

Compared with the 1990s, in recent years strategic collaboration between China and Russia has decreased and mutual support on some sensitive issues has weakened. For example, Russia is not part of the quad (Afghanistan, Pakistan, China, and the US) consultation mechanism on the Afghan peace process nor the quad counter-terrorism consultation mechanism between the armed forces of Afghanistan, China, Pakistan, and Tajikistan. Diplomatic collaboration also fell on the DPRK nuclear issue after the suspension of the Six-Party Talks. For example, this April, Russia vetoed the UN Security Council statement condemning the DPRK’s missile tests, which China supported. This September, the DPRK conducted a hydrogen bomb test, further exacerbating the crisis on the Korean Peninsula. Although China and Russia jointly produced a roadmap to resolve the crisis and expressed a shared position against war or chaos on the peninsula, Russia was not in favor of sanctions on the DPRK whereas Chinese Foreign Minister Wang Yi recognized their necessity, saying that economic sanctions were half the key.

On issues of territory and sovereignty, relations between China and Russia have also become more complicated. For example, after the Russia-Georgia War in August 2008, Russia supported and recognized the independence of Abkhazia and South Ossetia, which had belonged to Georgia, whilst China did not. In October 2012, Secretary of Russia's Security Council Nikolai Patrushev said during his visit to Japan that Russia held ”no position” on the tussle between China and Japan over the Diaoyu Islands. Fyodor Lukyanov, Editor-in-Chief of Russia in Global Affairs, a Russian journal on international affairs, said this was related to China not recognizing the independence of Abkhazia and South Ossetia. Not long after the announcement of the award on South China Sea arbitration, Russian Foreign Ministry spokesperson Zakharova declared on 14 July 2016 that Russia did not support any party in the South China Sea dispute, nor did it want to get involved in disputes in the region. Arguably, that was related to China’s position on Crimea and China’s persistent efforts to avoid involvement in the Syrian crisis.

All this changed the dynamic of China-US-Russia relations. The trajectory of these relations in the 21st century was set by two developments.

First, in March 2001, Secretary Ivanov of the Federal Security Council visited Washington DC, obviously to develop a relationship with the new US administration. Yet President George W. Bush refused to meet with him. Immediately after the visit, the US announced the expulsion of 42 Russian diplomats. But the situation changed dramatically after the collision of Chinese and American aircrafts on 1 April. Just as Richard Nixon exploited the Sino-Soviet split, President Bush decided to relax tensions with Russia to contain China. Around June and July that year, US-Russia relations saw a marked improvement. That dynamic however fell apart due to the 9/11 attacks a few months later.

Second, the US started to reset its relations with Russia when it began a strategic rebalance to the Asia Pacific in 2010. On the one hand, it suspended NATO’s eastward expansion and on the other, it acquiesced in Russia’s special interests in the Commonwealth of Independent States by not intervening in the 2010 Ukraine election and Kyrgyzstan’s regime change in May that year. That dynamic came to an end with the 2013 Ukraine crisis.

Since the beginning of Obama’s second term, the US has stopped attempting to conciliate Russia in order to have a free hand to deal with China. While its government and public are both starting to recognize China as its primary strategic competitor and it has a fierce rivalry with China, the US has introduced a series of economic and diplomatic sanctions on Russia. Even President Donald Trump concluded that US-Russia relations were at a historical low. Meanwhile, it’s increasingly difficult for China and Russia to collaborate to influence US policy.

As Russia’s non-military power fades, the US pays it less and less regard. At the same time, the decline in the relationship between China and Russia reduces their capacity to join hands against the US.

China-Russia RelationsChina-Russia TiesChina Diplomacy
printTweet
You might also like
Back to Top
CHINA US Focus 2018 China-United States Exchange Foundation. All rights reserved. Disclaimer