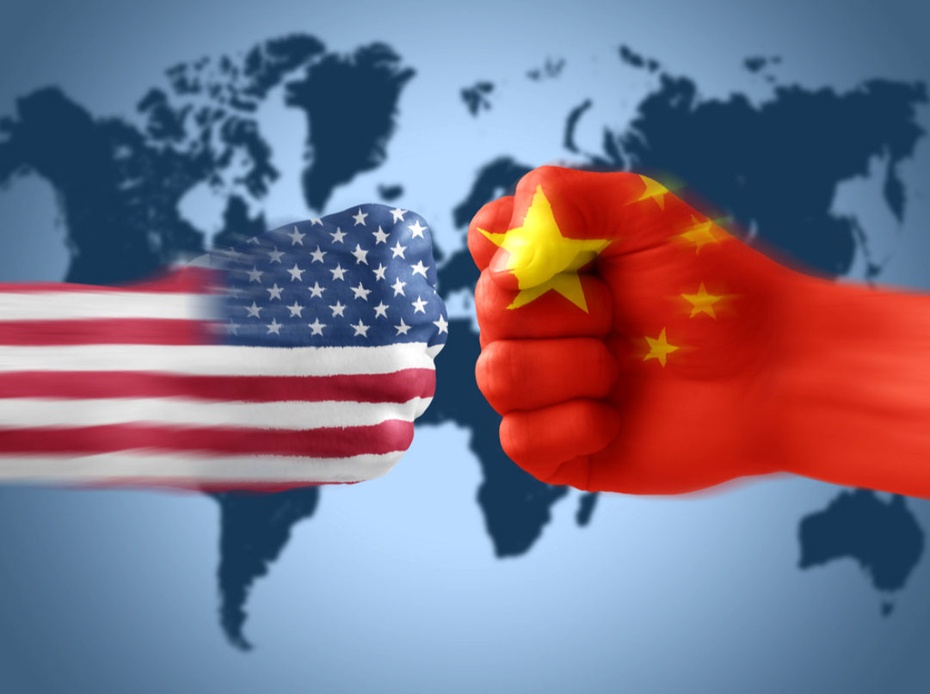 In recent years, a complicated and ever-changing picture of bilateral relations has evolved between China and the U.S. Around the 19th century, the U.S. invaded China together with other Western powers, acting as an enemy state of China. During the period between WWII and the establishment of the People’s Republic of China, China and the U.S. were allies, both belonging to the anti-fascist camp. China’s great sacrifice in the eastern battlefield of WWII made an irreplaceable contribution to the establishment of the postwar order. After the founding of the PRC, the two countries belong to the socialist camp and the capitalist camp respectively, they were opponents at that time and even have confronted each other in the battlefields of Korean Peninsula and Vietnam. At the beginning of the 1970s, for common security reasons, China and the U.S. developed a state of quasi-alliance, surpassing ideological divergences; since the formal establishment of diplomatic relations between the two countries on January 1, 1979, their bilateral relationship changed from hostility to a normal one. However, due to the shadow of the Cold War, China-U.S. relations always carry features of containment and anti-containment caused by different value systems. But no matter how big the divergence is and how serious unexpected events are, the two countries can always find a way out.

Today, China and the U.S. have become the No. 2 and No. 1 economies in the world, and their relationship has become more complex than ever. From the perspective of geopolitics and strategies, the two sides face the issue of how to avoid “Thucydides’ Trap”; from the geopolitical security point of view, even though there is no direct territorial disputes between the two countries, the U.S. constantly infringes on China’s sovereignty interests under the guise of alliance obligations and the slogan of free world, threatening China’s security. In the economic field, the two countries both see the reality and demand for deep integration and face the challenges of protectionism and rulemaking. From the perspective of global governance, both sides bear unshirkable duties and responsibilities as major world powers, while because of the unprecedented “shrinking” trend the U.S. has recently showed, China is expected to take more responsibilities in maintaining and leading world development.
The positioning of China-U.S. relations is affected by several factors to various degrees:
The first is the restriction of different social systems, value outlooks and development patterns; such differences are not insurmountable as this world is diversified, concomitant and interdependent — Sino-U.S. history has seen cases of sharing weal and woe. The second factor is about the present international situation and the trend of the times, and the two sides’ accurate judgments on world situation is of critical importance. The third is balance of power and its evolution. Both sides should respect the realities and adapt to each other because the primary determinants for pursuing self-development are internal factors and domestic policies. The fourth is decision-makers’ ability to make judgments and their executive forces and ambitions; it’s lucky the two countries have responsible leaders who can guide future development.
From an objective overview of the situation, China and the U.S. should neither be opponents nor allies as either case would presuppose development results based on the mentality of the Cold War and hypothetical relations paths, which go against the trend of times and the basic national association idea of peaceful coexistence. If the world’s largest- and second-largest economies rival each other, it’s not only they themselves will get hurt, development of the whole world can also be damaged. On the other hand, if the two countries ally with each other, making mutual commitments to each other’s security obligations, either formally or informally, it might raise the eyebrows of people all over the world, raising not only worries but fears. Even though the terms “opponents” and “allies” are frequently heard, they are not advisable and are far from smart choices. In the present world, China and the U.S. have developed a “nip and tuck” situation, and only by cooperation can they find the real way out.
Partner can be said to be the trendiest word for national relations in today’s world, and the possibility of establishing a partnership appears in China-U.S. relations from time to time.
The word “partner” bears the meaning of like-minded and common goals. It suggests huddling for warmth, and contains the ambition of joint development. China has established various partnership relations with hundreds of countries, and apart from maintaining alliance relations, the U.S. is also actively searching for new partners. As a matter of fact, China-U.S. relations have started to show some traits of partnership. For example, in the rebirth of G20. During the hard times of the world economy in 2008, China and the U.S. jointly explored, amplified and reconfirmed the positive role of the G20 in feeling the pulse of world economy. Climate change is another example: During the United Nations negotiations, China and the U.S. built a partnership that drove a successful conclusion to the Paris Agreement.  In  fighting terrorism, not only China and the U.S. but the whole world should form partnership relations. Finally, when fighting epidemics like Ebola, the way China and the U.S. worked together was also indispensable and many touching stories are still told on the African continent.
However, in many cases, China and the U.S. are more like fellow travelers than they are partners, driven not by like-minded common goals but actual demands. When dealing with the financial crisis in 2008, American leaders once chanted Chinese-style slogans like “people in the same condition help each other out” and temporarily recognized the role China played and sacrifices China made. But when the situation got a little better, they changed their tune, professing that China was manipulating exchange rates, thus burning the bridge right after they crossed it. On the North Korea Nuclear Issue, even though both countries agree with the denuclearization of the Korean Peninsula, thoughts of the two sides are poles apart; thus they at most can be described as fellow travelers.
China’s President Xi Jinping once said, “We have 1,000 reasons to make the China-U.S. relationship good, and not a single reason to make it bad.” Traveling in each other’s company and benefiting each other should be the form and path to effective China-U.S. cooperation, as building a community of shared future for all mankind requires partners who think and work with one heart and one mind instead of fellow travelers who meet by chance and lack mutual trust.
Tweets by ChinaUSFocus
China-US RelationsChina-US Economic Relations
printTweet
You might also like
Back to Top
CHINA US Focus 2018 China-United States Exchange Foundation. All rights reserved. Disclaimer