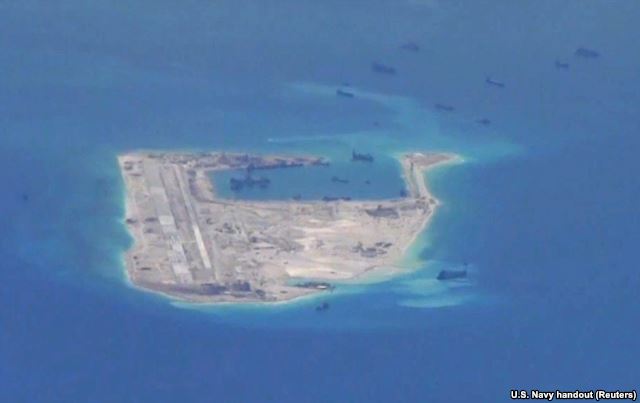 Following years of disputes and suspicion, China and ASEAN completed their weeklong first landmark maritime field training exercises in late October. Several regional states participated, and the exercises featured activities such as helicopter cross-deck landings and joint search and rescue operations. Against the backdrop of uneasy relations between China and some ASEAN states due to competing sovereignty claims over the South China Sea (SCS), these exercises are of considerable significance: they demonstrate China’s keenness to boost ties with the ASEAN on security issues.

Chinese Vice-Admiral Yuan Yubai, commander of the People’s Liberation Army Navy’s Southern Theatre Command, said at the opening that the exercises are not a one-off engagement but an “ongoing platform to build understanding between ASEAN and China.” Additionally, Singapore’s Defense Minister Ng Eng Hen said that ASEAN and China should carry out more and bigger exercises in the future to build mutual confidence. In a rare public show of understanding, the minister also advised China to engage more with regional countries to assure them of the peaceful nature of China’s rise. This is despite the fact that Singapore, the ASEAN chair for the year, is often accused of pro-West leanings.

The idea of holding these maritime exercises is not new. However, the fact that they actually took place this year is a testimony to the broader changes taking place in China’s relations with the ASEAN. Many analysts believe that this indicates the success of China’s strategy of incrementally gaining traction with ASEAN nations. Engagements like these build a relationship of trust between the countries involved.

The South China Sea, where potentially one of the most dangerous global confrontations is brewing between China and the U.S., is rich in undersea oil and gas reserves. Nearly 10% of world’s ocean-caught fish come from the SCS. Over 100,000 merchant vessels traverse the area annually, carrying over $5 trillion worth of merchandise or one-third of global maritime trade. No wonder the SCS is the subject of competing claims amongst China, Vietnam, the Philippines, Malaysia, Brunei, and Taiwan. The U.S., even though it is not a regional state, wants to ensure that it retains the military capability to enforce its writ in case of conflict in the region.

The stakes are high. The world’s two largest economies, the U.S. and China, are competing for predominance over the world’s most populous region. The U.S. may still be stronger militarily, but China has started to demonstrate growing military muscle in addition to its burgeoning economic leverage, and is seeking to reorder the framework dominated by the U.S. since the post WWII years. Every Asian country now trades more with China than with the U.S., displacing the post-war U.S.-led order in Asia.

Earlier in May, after over two decades of laborious talks, China and ASEAN agreed on a framework for a SCS Code of Conduct (COC). Though not designed as a dispute resolution mechanism, the COC, once agreed upon, will manage disputes pending their resolution. Though major obstacles still remain over the finalization of the accord, merely by agreeing on a single negotiating text, China has become a serious interlocutor for the regional states and has undercut American involvement in the region.

As China reinforces its connections with its neighbors in the region, states led by the U.S. are actively trying to undercut China’s growing influence by stoking fear amongst ASEAN members. The reformed Quad, comprising of the U.S., Japan, Australia, and India, constitutes a challenge to China; as does the symbolic renaming of the U.S. Asia-Pacific Command into the Indo-Pacific Command. ASEAN claimant states in the South China Sea lack the firepower to compete with China, so the U.S. has long acted as the “keeper of peace” in the region as it does for every other region in the world. However, as China’s military power grows relative to the U.S. and with China’s neighborhood advantage, the U.S.’ ability to deter China from enforcing its control over the SCS will come into question. In this evolving strategic alignment, ASEAN faces the challenge of maintaining its centrality in the maritime security space. China has begun to present itself as the guarantor of regional and maritime security.

Meanwhile, the U.S. faces a dilemma. With China establishing friendlier relationships with regional states, soon there may be no agitated claimants left on whose behalf the U.S. claims to be intervening to maintain freedom of navigation in the SCS. For now, both China and the U.S. seem to have tacitly agreed not to disturb the state of uneasy peace in the SCS. The U.S. will occasionally conduct freedom of navigation operations in the SCS and China, without militarily confronting the U.S. ships, will continue to protest. The SCS has thus become a proxy battleground between China and the U.S., which ASEAN has little control over.

The next few years offer a window of opportunity for China to seize the goodwill created during the last few years among ASEAN nations. If China can resolve the sovereignty disputes in the SCS by going more than half the way with other claimants, the power balance in the Asia-Pacific may decidedly shift in its favor for decades to come.

ASEANSouth China Sea
printTweet
You might also like
Back to Top
CHINA US Focus 2022 China-United States Exchange Foundation. All rights reserved.