Rising powers tend to be cocky and pushy. They believe their time has arrived and they want their just desserts—now. So it is with China. 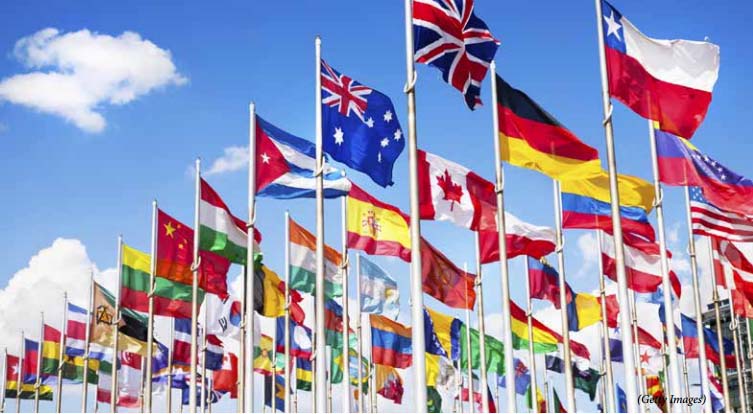 Alas, there’s a downside, which Beijing has discovered. Rising powers don’t make many friends. The more obnoxious their behavior, the harder diplomacy becomes.

If you listen to the debate in the U.S. presidential campaign—not recommended for the faint-hearted!—you’d think America was a helpless Third World state, besieged by enemies deploying vast armies and armadas. It is errant nonsense, of course, but it has a certain popular appeal.

In fact, the U.S. dominates the globe. It retains the most important and productive economy, strongest military, most over-powering culture. People around the world still see America as a land of opportunity. And Washington is allied with every major industrialized state besides China and Russia—and friends with many more.

The latter point underscores America’s extraordinary global reach. There are many reasons Washington has so much international clout. Not least is the fact that U.S. policy has emphasized making friends and acquiring allies.

There are downsides to this approach. Washington tends to ignore the risks of constantly adding weak, non-essential nations as “allies” requiring protection. Nevertheless, overall the U.S. is stronger because it has a cooperative relationship with so many other countries. Shared interests are buttressed by a basic trust in Washington’s objectives.

As every American knows, their leaders sometimes do stupid things. Yet no one in Asia really believes that the U.S. plans to forcibly seize territory, conquer nations, acquire resources, compel deals, or otherwise impose its will. Other than China and North Korea, no Asian country is arming itself to deter Washington.

The People’s Republic of China is essentially friendless. Its one ally of sorts, North Korea, is at best a “frenemy.” Neither country cares much for the other. Their relationship is forced. No one else will underwrite Pyongyang, while Beijing fears the consequences of a collapse of the Democratic People’s Republic of Korea. Despite the latter’s persistent truculence it has been desperately looking for a counterweight to the colossus next door.

China has a solid relationship with Pakistan, though that offers only modest benefits, given Pakistan’s weakness and the PRC’s lack of nearby military operations requiring support. Ties between Beijing and South Korea were on the upswing, but the Republic of Korea has become disillusioned by China’s unwillingness to do more to punish the North for its irresponsible course.

Until recently Beijing was close to Burma, too close, it seems. One reason Burma’s military stepped into the background and welcomed the relaxation of Western sanctions was to gain breathing room. Like North Korea, Myanmar cannot ignore its giant neighbor. But Naypyidaw saw China’s embrace as something other than friendly.

Beijing recently moved closer to Thailand, but mostly as a result of Bangkok’s estrangement from Washington over the Thai military’s seizure of power. U.S. ties with Thailand run deep, however. The PRC may gain some practical benefits, but is far from forging a long-term, enduring relationship.

Beyond Asia China has gained clout because of its economic prowess, but “winning” in such pariah states as Sudan and Zimbabwe is a dubious accomplishment at best. In Zambia perceived Chinese arrogance became a political issue. While the PRC has made economic and political gains elsewhere in Africa, they remain limited. During the Cold War Washington made a substantial investment in many of the same nations, with little lasting benefit.

Beijing’s most important relationship may be with Russia. But the two nations at most are “strategic partners,” and only because the U.S. foolishly pushed them together. Moscow is the weaker of the two and many Russians worry about Chinese influence in Central Asia and designs on Siberia. The PRC’s tendency to copy Russian weapons purchased has dampened the arms trade between the two. Once the West’s sanctions end Moscow is likely to look west again.

While China can count on few friends, it has accumulated numerous adversaries. Japan is arming itself, mostly in response to Beijing’s aggressive behavior toward the Senkaku/Diaoyu Islands. The Philippines is pushing for a closer military relationship with Washington. Even Vietnam, which with the PRC’s support fought a long war against America, is looking toward the U.S. for aid against China.

Last month Indonesia, the world’s most populous Muslim nation, had an ocean confrontation with Beijing over the seizure of a Chinese boat caught fishing illegally in Indonesian waters. Around the same time Malaysia’s defense minister talked of “pushback” by Southeast Asian states against the PRC. Australia has grown increasingly wary of Beijing despite strong bilateral economic ties. India’s relationship with the PRC remains strained because of a territorial conflict running back a half century. Moreover, New Delhi has become a diplomatic, economic, and military player throughout Southeast Asia, countering Chinese influence.

This is an appalling record for Beijing. Yan Xuetong of Tsinghua University’s Institute of International Relations criticized Beijing’s “non-alliance principle,” but China’s behavior would make U.S.-style alliances difficult in any case. The PRC is not an attractive partner for countries that matter. Chinese officials complain that the U.S. is embarked on a policy of “containment.” In fact, Beijing is doing much to contain itself.

Given its international ambitions, the PRC needs friends if not formal military allies. But China already is discovering that money does not guarantee love. If Beijing wants to compete with America globally, the former must follow Washington’s lead and build a network of mutually cooperative states. Until now, however, the PRC has been pushing countries away. China’s obnoxious behavior looks likely to continue. If Beijing can’t find a way to win favor from at least some of its neighbors and other influential nations around the globe, it may remain a modest geopolitical player.