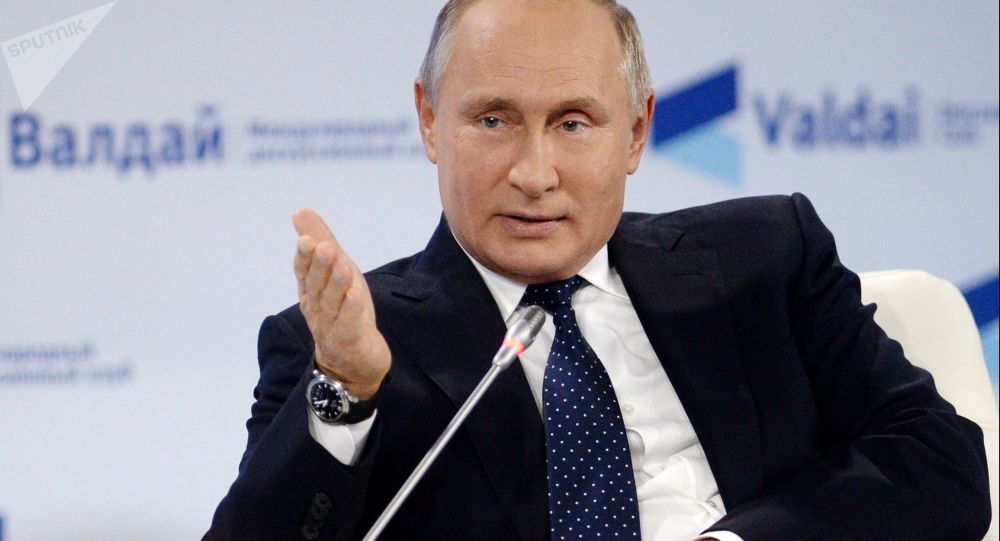 In his presentation at last month’s annual meeting of the Valdai International Discussion Club, Russian President Vladimir Putin was effusive in his praise of Sino-Russian relations. For perhaps the first time, he characterized the growing economic and security bonds between Beijing and Moscow as “an allied relationship in the full sense of a multifaceted strategic partnership.”

With that introduction, Putin unexpectedly announced that “we are now helping our Chinese partners create a missile attack warning system.” He said the new collaboration “will drastically increase China’s defense capability,” noting that only Russia and the United States currently possess comprehensive missile early-warning networks.

This novel cooperative project represents the latest in a series of unprecedented steps in the expanding Sino-Russian security partnership. Soon after the end of the Cold War, the Chinese and Russian governments pledged not to target one another with their strategic nuclear missiles and decided to exchange information about major military activities along their border. That has led to an ever-growing number of diverse defense activities. The two militaries now conduct several annual air, sea and ground drills together. They have even begun jointly holding computer-enhanced anti-missile defense simulations and long-range strategic air patrols. Further, Moscow has resumed selling Beijing some of its most advanced defense technologies, including sophisticated fighters and surface-to-air missiles. In recent years, China has imported more than two-thirds of its weaponry from Russia.

The extent, form and timeline of the new Sino-Russian early-warning cooperation remains unclear. The project will presumably cover long-range ballistic missiles, such as those launched by submarines and ground-based platforms, but it’s uncertain whether the collaboration will extend to shorter-range missiles, such as those previously prohibited by the Intermediate-Range Nuclear Forces (INF) Treaty The cooperation could also address cruise missiles, whose launch is harder to detect than those of ballistic missiles because of their smaller heat signature and non-ballistic flight path. Russia could help China develop ground-based radars, early warning sensors on satellites or both.

Moscow is unlikely to provide this help for free. Indeed, Russian companies have already begun signing contracts with their Chinese counterparts to provide defense-related hardware and software. For any type of aid, Moscow’s support for Beijing’s nascent missile defense programs could vary substantially. Limited assistance could include helping China design an effective architecture, training People’s Liberation Army operators to better identify missile launches or transferring Russian defense technology to China. More extensive support could include anything from constructing a shared early-warning network — which could extend Russia’s own warning time and range for Asian missile launches, with the addition of China-based radars and shared satellite sensors — to creating a joint missile defense network operated by both defense communities (although the latter is improbable).

Though Beijing’s solicitation of Moscow’s help in developing its missile early-warning system has been rumored for years, the announcement still caught many observers by surprise. In sharing these technologies, Russia could become more vulnerable to attack. Though these systems are primarily defensive, they are among the most important assets in the Russian and American strategic portfolios. If one state is able to spoof another’s early-warning technology, the compromised state could find itself more exposed. There are also evident risks of intellectual property theft, which has occurred in previous transfers of Russian weapons to China. China’s reverse-engineering of any military technologies could diminish its long-term interest in purchasing Russian arms.

Presumably, Russian policymakers have decided the benefits of collaborating with China in this domain outweigh the potential costs. Through such defense cooperation, Moscow can affirm to Beijing its friendly intentions and trust, while gaining insights into the PLA’s evolving military capabilities. And it may reduce China’s incentive to copy or steal Russian defense technologies.

Beijing, of course, also benefits from these growing defense ties. Through purchases of Russian weapons, China has acquired key Russian systems and technologies that, because of the post-1989 arms embargo and other considerations, the PLA would have found difficult to develop independently. China’s defense industry has improved considerably in recent years, but it has not yet mastered some advanced technologies, such as high-precision combat aircraft engines.

In his speech, Putin repeated the usual claim that Sino-Russian defense cooperation was not directed against third parties. However, as some Chinese experts acknowledge, mutual antagonism against the United States is a clear driver behind the growing Sino-Russian military partnership. This relationship is approaching that of a full-blown defense alliance, with the important exception that the two countries lack a mutual defense pledge that would commit one side to rendering military assistance to the other if it were attacked.

In this regard, Putin related Russian concerns — shared by the Chinese national security community — about U.S. plans to deploy intermediate-range missiles now that the INF Treaty has expired. Putin claimed that the Pentagon had been pining to get out of the treaty and had covertly prepared to exploit its end, while using Russia’s alleged violations as a pretext.

“We were being conned,” he told his large Russian and foreign audience,. “It was neither Russia nor our mythical violations of the treaty. If they are set to deploy this in Asia, it’s Asia that is the main reason for withdrawing from the treaty.” Of course, he was referring to China.

Despite Chinese and Russian statements to the contrary, both countries have more of these systems in operation than the United States, which has none. From Washington’s perspective, Moscow’s strengthening of the PLA’s military capabilities is yet another reason the United States can justifiably insist on China becoming more engaged in global arms control and strategic stability dialogues and render its defense programs more transparent and constrained.