Several weeks having passed since the June 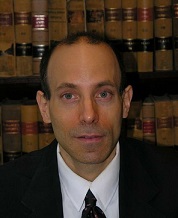 The meetings made evident that “win-win” policies enjoying mutual support in the domain of economics will be easier to achieve than in the case of security issues, such as contested maritime claims, which are not presently ripe for resolution. Perennial disputes over the value of the Chinese currency, Sino-U.S. trade disputes, and even military-to-military exchanges have lost salience but remain unresolved. Xi expressed strong support for developing more military exchanges as part of the new type of China-U.S relationship he wants to see, but a resurgence of the Taiwan issue could see these abruptly suspended again.

Despite these differences, it is important not to overlook that the relative success of this summer’s meetings, which overcame several major obstacles. For example, all four of the co-chairs were new to their S&ED positions, but they worked together effectively. The meetings also helped establish a more solid institutional basis for further progress. Institutionally, the S&ED and SSD now have several working groups that will meet more frequently than their main bodies, promoting continuity and momentum between the annual meetings of the full S&ED and the intermittent presidential summits.

Furthermore, even though the meetings occurred before the Third Plenum of the Central Committee of the Communist Party formally adopted its economic program, the Chinese leaders committed to pursue many of the economic reforms favored by Washington, demonstrating the increasingly shared understanding of Chinese and Americans about the steps China should take to promote its domestic economic health as well as the revival of the global economy. In response to slowing Chinese economic growth, the PRC government had been squeezing its money supply, allowing the Chinese yuan (renminbi) to appreciate, accepting a slowdown in Chinese exports, and increasing credit outside the formal banking system—all measures previously advocated by Washington. As a result, the China’s trade surplus and current account surplus has been falling along with reductions in the volume of China’s exchange market intervention.

In response to U.S. complaints about subsidies of state-owned firms, the Chinese government agreed that all enterprises, regardless of their forms of ownership or nationality, will have equal access to inputs such as energy, land, and water. A market-based mechanism will also be developed to determine the prices of these inputs. China also made a commitment to crack down on intellectual property theft more aggressively. The Chinese Commerce Ministry even announced that it is studying the possibility of joining the U.S.-led Trans-Pacific Partnership (TPP), whose principles may now be more acceptable to Beijing’s reformist economic team.

The unexpected decision of the S&ED to restart negotiations on an U.S.-China bilateral investment treaty that would include all sectors and stages of investment could represent a major breakthrough. The Chinese government had previously insisted on exempting some sectors, especially services, from such a treaty.

China’s willingness to negotiate on such a treaty further demonstrates the recent interest of the new Xi-Li government in restructuring and liberalizing China’s economy. In addition, it might also indicate Beijing’s concerns over the difficulties that Chinese companies face investing in the United States. Chinese officials have protested against U.S. restrictions on technology transfers for Chinese companies and what the PRC perceives to be U.S. efforts to block Chinese companies from investing in the U.S. on trumped-up security grounds. These Chinese concerns have been recently reignited by the controversy over the bid of a Chinese company to buy the world’s largest producer and processor of pork, Smithfield Foods Inc.

For its part, Washington has complained about the lack of a level playing field for U.S. companies in Chinese markets due to the loans, access and other privileges Chinese authorities grant indigenous companies. They also resist China’s restrictions on importing U.S. agricultural products, PRC’s requirements for technology transfer as a condition for access to the Chinese market, and foreign ownership limits in almost one hundred Chinese economic sectors due in part to China’s program of indigenous innovation.

The treaty could resolve some of these issues, in particular the parties must agree what kinds of Chinese direct investment is welcome in the United States and under what conditions—as well as reaching a similar consensus on U.S. investments in China.

The S&ED agreements aimed at reducing greenhouse gas emissions and air pollution by lowering vehicle emissions and coal combustion, and those aimed at making more efficient use of energy in buildings, transport and industry, are important examples of mutually beneficial outcomes. In contrast with their previously vague commitments to address climate change, this time the two sides agreed to prepare specific implementation plans by October, 2013, for cooperation in reducing emissions from heavy-duty and other vehicles, developing smart electric grids, carbon capture, storing and using energy more efficiency, and collecting and sharing more data on greenhouse gases. China and the United States emit more greenhouse gasses than any other countries. Conversely, China has huge reserves of shale gas and the United States has the technology to help release it. Its production and use, along with their shared commitment to develop renewable sources of energy, will reduce global energy demand and inflict less ecological damage than coal consumption.

The Chinese authorities have traditionally been reluctant to enforce rigorous environmental legislation at home because that could reduce production and job growth in the affected industries. Popular concerns within China regarding their country’s massive air and water pollution problems might explain the shift in the Chinese position. We shall see how effectively Beijing is able to implement China’s commitments to reduce greenhouse gas emissions when faced with resistance and circumvention by Chinese corporations and local government bodies.