It is very true that this year China-US relationship stands at a new historic starting point. It is at an important stage that builds on past achievements and will determine the future course of the relationship. 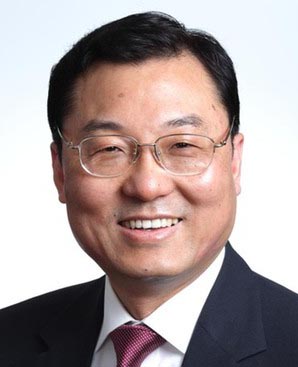 First, both countries completed government transition. On March 14, the very day when President Xi Jinping assumed office, he and President Obama had a telephone conversation. The new foreign policy teams of the two countries very quickly established smooth and effective communication channels, and built good working relations. Thanks to the joint efforts by the two sides, China-US relationship has got off to a good start and achieved a smooth transition.

Second, a new model of presidential meeting was established. The historic meeting at Annenberg Estate in June was not only the first face-to-face discussion between the two Presidents after their countries’ government transition, but also an innovation in high-level exchanges between China and America. The two Presidents held two meetings, a working dinner and a walk together. The time of communication totaled over eight hours, which was unprecedented in China-US relations. While previous presidential meetings had mainly focused on bilateral relations and international and regional issues, this time, the two leaders started with and spent a long time on respective domestic development and governing idea. This has been very useful in deepening mutual understanding and trust.

During the meeting, President Obama presented President Xi with a California redwood chair as a gift. In 1972, President Nixon planted several redwood saplings in Hangzhou during his visit to China. Redwood tree has since become a witness to the development of China-US relations. Perhaps this is the consideration behind the selection of this gift.

Third, the China-US relationship has entered a new stage of development. The most important outcome at Annenberg Estate was the consensus on building a new model of major-country relations between China and the US. This charts the strategic course and blueprint for the future development of China-US relations. President Xi has laid out a clear vision for the new model. In his words, the essential features of this model include (1) “no conflict or confrontation”, (2) “mutual respect” and (3) “win-win cooperation”. President Obama responded positively, and stressed the importance for America and China to explore a new model of state-to-state cooperation on the basis of mutual respect and mutual benefit. China and the US cannot afford to repeat the old pattern of confrontation and conflict between major countries. Instead, we must find a road of win-win cooperation.

Since then, our two sides have worked diligently to implement the consensus between the two Presidents, and reaped an “early harvest”.

— We have made full use of the existing dialogue mechanisms. The fifth S&ED in July has come up with a record 179 outcomes, covering wide-ranging areas.

— We have made new breakthroughs in economic and trade cooperation. A highlight is the agreement to start substantive talks for a Bilateral Investment Treaty (BIT) on the basis of pre-establishment national treatment (PENT) with a “negative list” approach. The ninth round of BIT negotiations was conducted in China last June, and the tenth round is taking place this week in the US. Chinese investments in the US have continued to grow. America has become China’s second largest destination of foreign direct investment.

— We have opened new ground in military-to-military relations. Both sides are committed to developing a new military relationship consistent with the new model of major-country relations. Not long ago, Chinese Defence Minister Chang Wanquan and Navy Commander Wu Shengli paid successful visits to the US. Chairman Dempsey, Under Secretary Miller and the Chief of Staff of the Air Force Mark Welsh visited China this year. To implement the consensus between the two Presidents, both sides are holding talks on the establishment of a notification mechanism for major military activities and the rules of behaviour on military air and maritime activities in high seas. The two navies recently conducted a joint maritime search-and-rescue exercise in Hawaii and a joint anti-piracy exercise in the Gulf of Aden. China will also attend the 2014 Pacific Rim exercises.

— We have worked together through dialogue and coordination to ease tensions on hotspot issues. China and the US have maintained close consultation and coordination with other parties concerned on issues like the Korean Peninsula, Syria and Iran. With their joint efforts, an escalation of tension on the Peninsula was prevented, the Syria chemical weapon issue realized a soft landing, and the Iranian nuclear issue has seen positive developments. China received visits by Palestinian and Israeli leaders and worked with the US to encourage peace talks. Our two countries’ coordination on Afghanistan and the two Sudans has also been productive.

At the same time, the building of a new model of major-country relations is an unprecedented cause because there is no existing example to follow, making it a long-term task. We need to:

First, be confident. As the two largest economies in the world and both permanent members of the UN Security Council, China and the US enjoy a deep convergence of interests. Our two countries are interconnected and interdependent. We are on the same boat and must go for win-win cooperation. To build a new model of major-country relations is not one item of a multiple choice, but the only correct answer.

Second, show sincerity. Differences between China and the US will not disappear overnight just because we are building a new model of relations. The key is for our two sides to respect each other’s social systems and development model, as well as sovereignty, security and development interests. We should find constructive ways through dialogue and consultation to manage differences. It is improper to take the new model of major-country relations as a basket and put everything into it, such as raising a list of concerns and having conditions attached. Nor should we take the concept as a ruler to judge the other side unilaterally, or link it to every issue.

Third, take real actions. The new model of major-country relations is not only a nice wording. We must make it work. It must be translated into real action and concrete cooperation, and reflected in all aspects of the bilateral relations. Our two sides should deepen practical cooperation in areas like economy and trade, investment, military-to-military relations, cultural and people-to-people exchanges, new energy, environmental protection and infrastructure development. We need to maintain and strengthen coordination and cooperation on the Korean nuclear issue, Iranian nuclear issue, Syria, Afghanistan, climate change, cyber security and other regional and global issues, by conducting more joint projects with good demonstration effects to kick start broader cooperation.

To be more specific, in the coming months and years, China and the US should focus on the following aspects:  First, take as an opportunity their respective economic restructuring and transformation, use the BIT negotiations as a break point, and open a new chapter in China-US economic and trade cooperation. Second, jointly promote unity and cooperation in the Asia-Pacific to increase mutual trust and realize benign interaction. Third, work together to resolve hotspot issues, tackle global challenges, and enrich the strategic dimension of China-US relations. Finally, properly handle sensitive issues and effectively control differences and risks.

In the next two months before the end of the year, China and the US still have a full agenda, including a number of important high-level exchanges. The Fourth High-level Consultation on People-to-People Exchange will be held in November in America and the 25th Joint Commission on Commerce and Trade will be held December in China. The building of a new model of major-country relations needs wide support from all walks of life in our two countries, especially the active participation and contribution from think tanks.