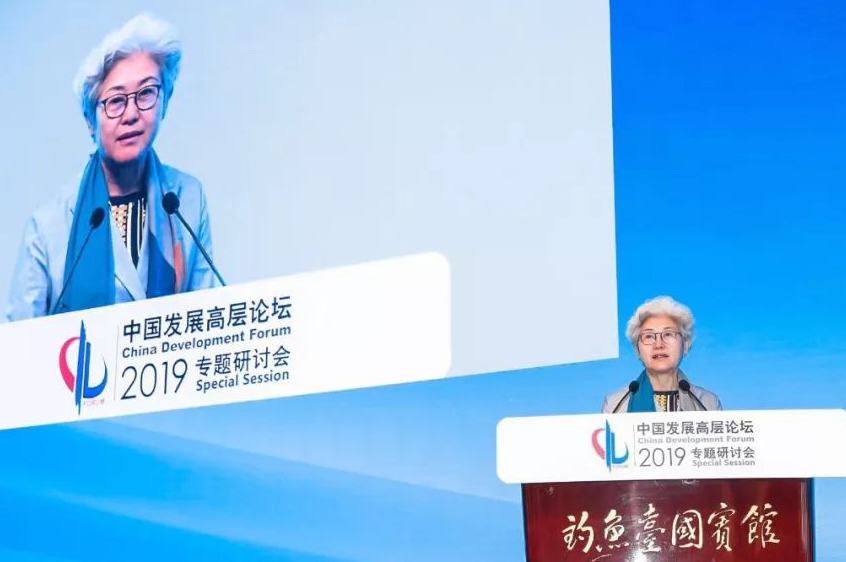 Considering the capricious ups and downs in the relationship between China and the United States, we see no cause for optimism about its future orientation.

Shortly after Donald Trump assumed office, the new U.S. administration began to adjust judgments and policies regarding China, declaring that the U.S. had entered “an era of major power competition” and defining China as a strategic competitor. It successively initiated the trade war and technology war against China, deepened military deployments targeting China and, politically, openly questioned the orientation of China’s development. The series of provocations forced China to react and take countermeasures, resulting in a rapid slide in bilateral ties.

What does the U.S. want to do? To examine and understand its intentions, we need to find answers by looking at the main changes in the world order since the beginning of the 21st century.

The macro background of changes in the U.S. attitude toward China over the past 10 to 20 years is that the two countries’ fundamental strategies have evolved in divergent directions.

The Chinese preference in the post-Cold War world is peace and development. Having been through the pains of two hot wars and the half-century-long Cold War, all countries in the world hope to pursue development in an environment of lasting peace. China has followed the trend, adhering to reform and opening-up, concentrating on developing its economy.

China became the second-largest economic entity in the second decade of the 21st century, building a network of global partnerships, and its participation in and influence on international affairs have risen.

While the U.S. attempts to preserve a world order featuring hegemony for itself after the Cold War and seeks to transform other countries according to its own will, it has also launched multiple wars and bogged down in self-exhaustion. Meanwhile, it has done a bad job in solving domestic contradictions. Uneven distribution has resulted in a declining quality of life for the middle class, and contradictions in self-identity have led to divergences in society. As U.S. society begins to reflect on the state of affairs, there is a general consensus that the country’s policies and strategies have been unsuccessful. The Trump administration has abandoned liberal international policies and ferociously embraced conservatism. U.S. hegemony has been contracting ever since.

That China and the U.S. evolved in opposite directions within the limited space of a single international system inevitably results in tensions in international power adjustments. That the U.S. has adopted a posture of vigilance against China and seeks to suppress it adds new uncertainties to international conditions.

Whether China and the US can resolve their contradictions and differences while preserving the present international regime will be a significant matter that determines the fate and future of humanity in the 21st century. It will at the same time be very difficult, because a win-win scenario means each party gains in some aspects and not in others.

Then how does the Chinese side want to shape relations with the U.S.? My observation is that China has always cherished the willingness to maintain a cooperative relationship. Pushed proactively by the Chinese side, the leaders of both countries agreed in Osaka on the goal of jointly building a “stable, coordinated, cooperative” relationship. If, after a period of running-in, China and the U.S. can find fresh channels for interaction, it will be possible to realize a certain kind of “coopetition,” i.e. maintaining necessary mutually beneficial cooperation, and managing and controlling unavoidable benign competition. This is a relatively ideal prospect.

The tree may prefer calm, but the winds won’t subside. Take a look at the thinking behind U.S. policymaking: There is indeed is a force pushing U.S.- China policies toward all-around confrontation, and its mobilizing capabilities and influences are expanding. Articles in the latest issue of Foreign Affairs feature very negative evaluations of China — though the examples used are specious and the Cold War thinking they display, together with the intent to provoke confrontation, are quite obvious. The rising competitiveness and rivalry in China-U.S. relations have to do with such forces.

Then is it possible for China and the U.S. to avoid sliding into all-around confrontation? The future orientation rests not only on how both parties judge and handle specific contradictions and differences but also on how the two major countries interpret macro global trends and their relations — and perhaps even more on their choices of fundamental orientation.

The U.S. tends to be harsher in its perception of China, asserting that China intends to compete with it for global dominance, hence defining competition with China as a war it cannot afford to lose — one about safeguarding fundamental U.S. national interests. This is a serious misjudgment based on a distortion of Chinese intentions.

In China, many people believe the U.S. is attempting to prevent China from developing, and many U.S. words and deeds have confirmed their view. We must resolutely fight against any risks and challenges that endanger the Chinese people’s fundamental interests. We absolutely cannot accept the U.S. controlling China’s development space or allow anyone to prevent us from pursuing improvements in people’s livelihoods or building our country into a rich and strong one. However, China has never proposed competing with the U.S. for global hegemony. We follow a path of peaceful development and are striving for reasonable and equal rights to development.

The challenge for the future of China-U.S. relations lies in whether they can voluntarily and willingly continue coexisting in the same international system, building a new type of relationship featuring mutually beneficial cooperation with win-win outcomes and benign competition. If they cannot, will it lead to dismemberment of the international regime and major-country confrontation? In the process, the attitudes and behaviors of other world powers are, of course, critically important.

Chinese foreign policy in the new era advocates building a new type of international relations featuring equality and cooperation. President Xi Jinping’s proposal to build a community with a shared future for humanity reflects outstanding wisdom rooted in Chinese politics and culture, and is consistent with both global trends and the common interests of people of all countries. This should also be the direction of rational development of China-U.S. relations.

(Speech delivered by Fu Ying on Sept 6 at the China Development Forum 2019, as director of Tsinghua University’s Center for Strategic and Security Studies.)

US China PolicyUS-China Rivalry
printTweet
You might also like
Back to Top
CHINA US Focus 2020 China-United States Exchange Foundation. All rights reserved.