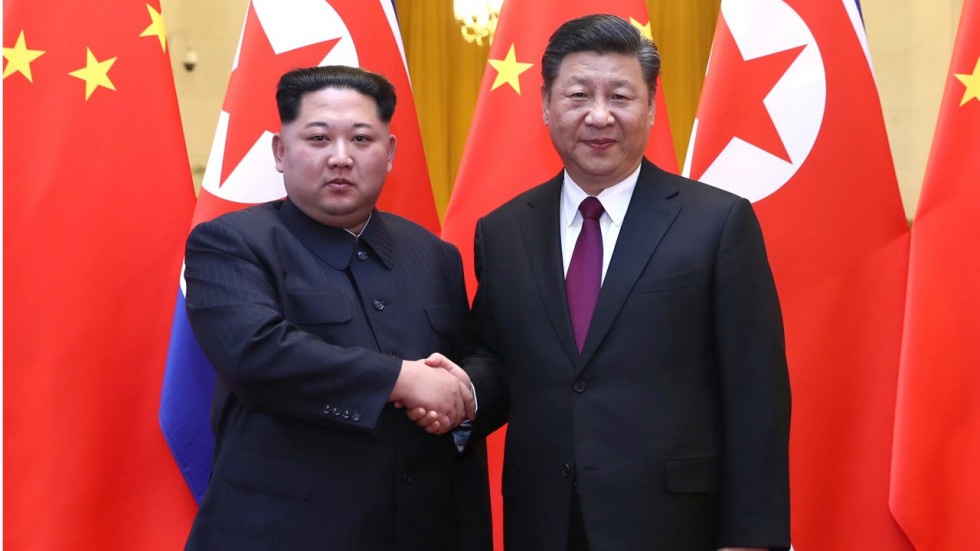 The prospect for a U.S.-North Korean denuclearization agreement has darkened with the announcement that Mike Pompeo and John Bolton will be taking over the Trump administration’s foreign policy. They are uber-hawks inclined towards threats rather than negotiation, and their role is unlikely to increase Kim Jong-un’s trust in promises made by the administration.

Even if the two leaders nevertheless agree on objectives, forging a practical accord will be difficult. It will be even harder if Beijing remains on the sidelines, a prospect that understandably worries Chinese officials. Argued Zhang Liangui, of the Chinese Central Party School: the nuke issue “involves geopolitical and regional security and People’s Republic of China naturally should take an active part in it.” That is true not only to satisfy Beijing’s national ego, but also to increase the chances of success for any nuclear deal. China’s involvement, in both current negotiations and ultimate implementation, will be critical. For this reason, Kim Jong-un’s surprise visit to Beijing is good news. The two governments’ rapprochement increases the likelihood that the PRC will play a more active role in future negotiations.

The U.S. president may give himself credit for forcing Pyongyang to negotiate, but North Korea long wanted direct talks with the United States. And there was a serious attempt to arrange a Bill Clinton-Kim Jong-il summit in the waning days of the former’s administration. Moreover, while President Trump may imagine leaving the summit with North Korea’s arsenal safely stored in Air Force One’s hold, Kim Jong-un explicitly conditioned his agreement on denuclearization on receiving security guarantees. Which could mean many things, but almost certainly it means protecting against the fate that befell Libya’s Muammar Gaddafi after he gave up his nukes and missiles, something North Korean officials pointed to when I visited Pyongyang last year.

As a formal alliance partner, if not warm friend, of the Democratic People’s Republic of Korea, Beijing could help create a new security architecture in Northeast Asia. But to do so effectively it should be involved in discussions with both the U.S. and DPRK. China’s involvement is not preordained.

Chinese and North Koreans routinely have described their relationship as close as lips and teeth. But it simply isn’t true. Pyongyang always has rigorously defended its independence, playing Moscow against Beijing. At least until his recent visit, Kim Jong-un seemed almost uniquely suspicious of the People’s Republic of China: in 2013 he executed his uncle, who was the regime’s chief interlocutor with the PRC and in 2017 he assassinated his half-brother, who was living in Macau under Beijing’s protection.

In return, Xi Jinping had not met Kim more than six years after the latter took power. Xi had met with former South Korean President Park Geun-hye a half dozen times. Beijing also has agreed to steadily tighten UN sanctions against the DPRK. Finally, the Chinese government warned that it would not aid the North if the latter started a war. (Its position in response to American preventive military action remains officially unclear, but few believe the PRC would directly confront the U.S. militarily.)

Yet as the Kim-Xi meeting suggests, the North’s suspicions toward China pale compared to those regarding the U.S., which intervened to save the Republic of Korea from North Korea’s 1950 invasion, gave it a security guarantee in 1953, has maintained a troop garrison there ever since, and regularly threatens military action against the DPRK. Pyongyang likely will be inclined to adopt Ronald Reagan’s “trust but verify” philosophy toward the Trump administration.

Nor is North Korea likely to look toward the South dramatically more favorably. Traditionally Pyongyang has dismissed South Koreans as “puppets” of America. But the ROK recently played a useful independent role in moderating the Trump administration’s belligerence. Nevertheless, in years past, North Koreans expressed concern over being “swallowed” by the South. To some degree, peaceful relations with the ROK could be as dangerous as war to the Kim regime.

Any successful denuclearization agreement will require mechanisms to promote economic development, regime security, and regional peace. Most important will be some believable constraints on the most powerful nation involved, the United States. Verbal assurances and paper guarantees aren’t likely to be enough for Pyongyang. China already is deeply involved in North Korea economically, perhaps too much for the North’s comfort. In varying ways, the ROK, Japan, Russia, and U.S. could aid the DRPK’s development.

The security side will be more complex. A formal peace treaty would be essential. A smaller U.S. military presence, up to a full troop withdrawal from the peninsula, might also be necessary. Finally, some form of security guarantees from neighboring states, particularly the PRC, may be unavoidable.

China has the greatest interest in the peninsula. It has the deepest relationship with both Koreas. It has the most potential security conflicts with Washington in the region. It will take serious effort to develop policies, organizations, and processes that simultaneously satisfy the DPRK, Beijing, and America. That just makes it more important that bilateral and multilateral discussions begin on these issues. Moreover, with Washington’s burgeoning trade war against the PRC, the Xi government may be less inclined to cooperate with America. It might subordinate its desire for a nuclear-free peninsula to a commitment to constrain an overbearing United States. Having heard President Trump suggest he would moderate his trade demands in exchange for Chinese assistance against Pyongyang, Beijing might decide to reverse course to increase its bargaining power.

It would be better to surface any contentious issues before the summit. What price might the PRC exact for its assistance? Is the cost worth it? How can China and the U.S. cooperate to encourage a non-nuclear North Korea? Doing so won’t be easy. But it’s necessary to maximize the chances to maintain peace.

The prospective summit between Trump and Kim offers enormous opportunities but also could result in catastrophic failure. If President Trump feels betrayed by Kim, the former’s new militaristic advisers, Mike Pompeo and John Bolton, are likely to recommend confrontation, if not war. However, if the president is realistic in his expectations, a deal just might be possible. It will take work, patience, and the involvement of North Korea’s neighbors. Involving China early and often will be critical.