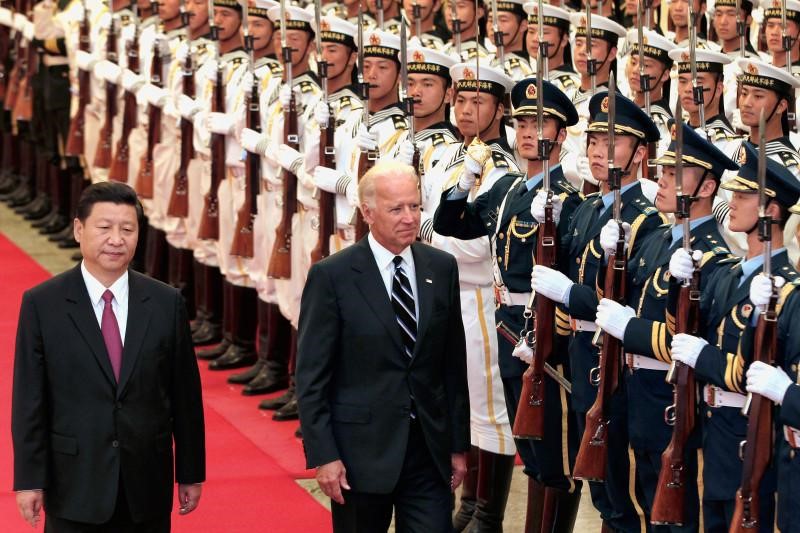 Although President Trump’s tough China policy created significant obstacles for Beijing, it simultaneously accelerated the progression toward a multipolar world order, while also giving rise to the emergence of other power centers. Germany and the rest of Eurasia became increasingly important as the global economy shifted to Asia, where markets continue to outperform the rest of the world because of their ‘quick handling’ of the coronavirus.

A shift towards global multipolarity benefits Beijing, as it allows China to penetrate western markets and bring traditional U.S. allies into its sphere of influence. A Biden administration must understand that Beijing firmly believes that Washington is in terminal decline as a superpower and likely ‘prefers’ a less confrontational Democrat over President Trump. On election day, the editor of Global Times, a Chinese state-backed newspaper, posted images of U.S. storefronts boarding up their businesses anticipating the election results. She tweeted, “complication of elections in poor countries, but people are worried it may appear in the US. The US is in degradation.” How will Joe Biden, the Democratic party establishment, and ultimately, the United States confront a Beijing that increasingly believes America is incapable of protecting its national interests?

Although Joe Biden does not lack foreign policy experience, his campaign statements about China often focused on criticizing President Trump’s aggressive trade policies instead of providing a thorough plan for combatting Chinese influence.

At first, Biden questioned China’s formidability. In May 2019, at a campaign rally in Iowa City, he said, “China is going to eat our lunch? Come on, man.” Biden then quickly reversed this position and acknowledged Beijing as a formidable competitor. He reasoned that Beijing sought to challenge the American-led international order in both international trade and cyber conduct.

Joe Biden also sharpened his rhetoric on China for lack of pressure on North Korea and alleged human rights abuses in Xinjiang and Hong Kong. He referred to the internment of Uighur Muslims as the “worst abuse of human rights in the world today.” He argued that America and its allies should utilize their collective GDP to alter Beijing’s future behavior. Since changing his attitudes on China, Biden called President Xi “a thug,” and vowed to address Beijing’s human rights violations.

But in truth, Biden does not outright reject Trump’s foreign policy on China; he instead opposes Trump’s dismissal of multilateral norms, and Washington’s post-Cold War role as the world’s only superpower. Trump’s “America First” policy is incompatible with a foreign policy rooted in American exceptionalism because it ceases to allow the U.S. to behave like an empire. As Biden has emphasized, he will likely attempt to revive many U.S. alliances with the Association of Southeast Asian Nations (ASEAN) members and re-staff the State Department to renew U.S. diplomacy. Biden wants an active United States that develops an ‘international response’ to China, rather than a deteriorating bilateral relationship that Trump used against Beijing. Whether or not President Biden could sway neighbors away from China is still to be determined since China now provides technical assistance and protective equipment to countries in Southeast Asia. Some of the same states agreed to deals with preferential access to a potential Chinese vaccine candidate.

The Collective: The Democratic Party

During the primaries, the Democrats mainly focused on either criticizing Trump’s trade war or highlighting Beijing’s human rights record. Billionaire businessman and former New York City mayor Michael Bloomberg was a late entrant in the contest for the Democratic Party nomination but was by far the most Beijing-friendly of all aspirants. Bloomberg has extensive investments in China. He opposes Trump’s tariff war and often praises China on its work against climate change. Aside from a few outliers like Andrew Yang, who focused on artificial intelligence advances and 5G infrastructure, most Democrats failed to offer a foreign policy plan on China.

President Obama raised alarms around the South China Sea during the previous administration but did not persistently blast China on its unequal economic and trade policies. Despite Obama’s ‘pressure’ and President Xi’s promise not to, China annexed islands and built military bases throughout the South China Sea. The Obama administration also ushered in the Trans-Pacific Partnership (TPP) to deal with China. Still, it ultimately became the target of both Republicans and Democrats who criticized the agreement for its adverse effects on American wages and workers. Opposition to the TPP united a ragtag group of objectors ranging from Donald Trump to Noam Chomsky to Bernie Sanders. They all viewed the deal as a tool of big business and neoliberal domination. 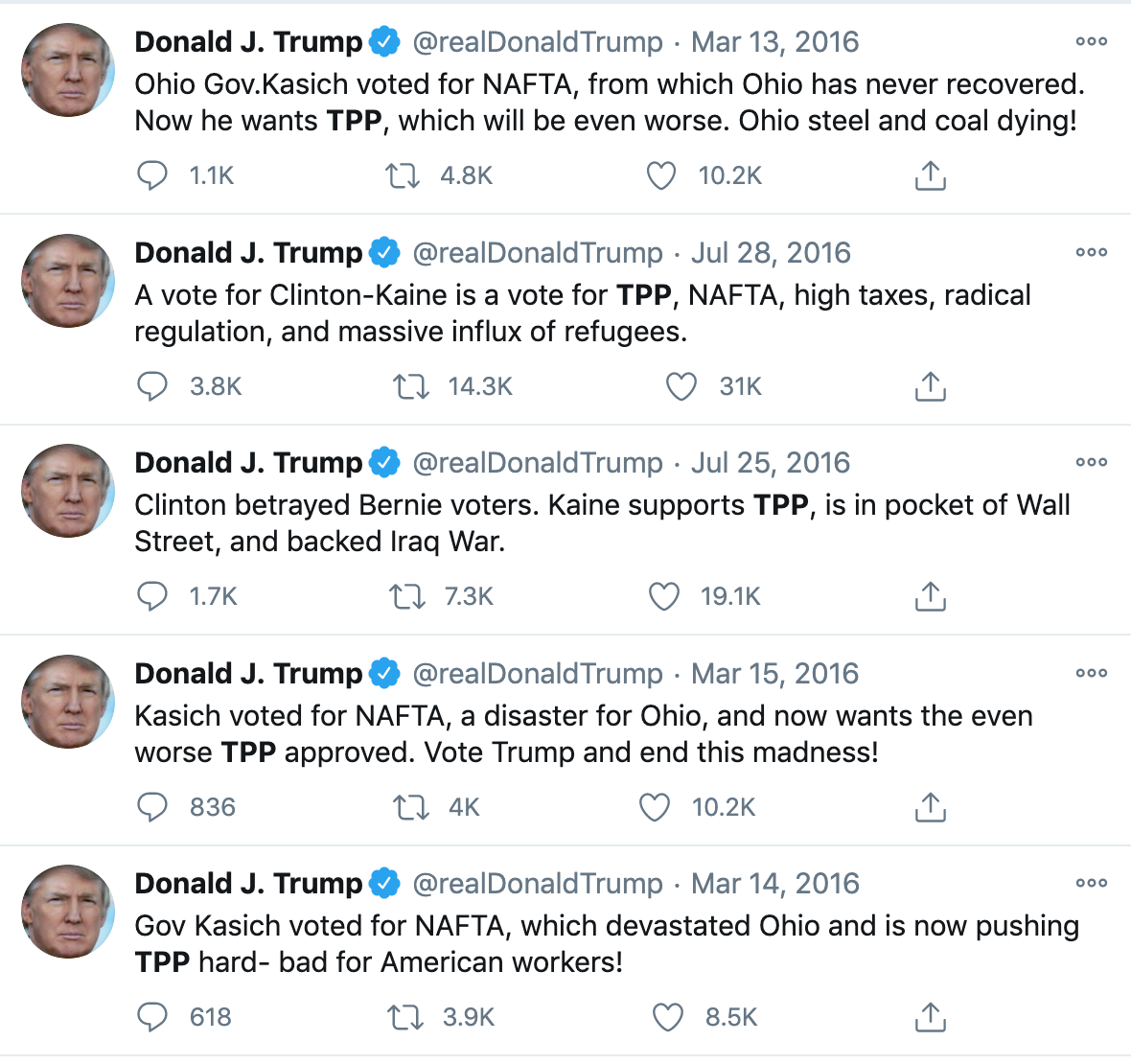 That being said, Biden does not have many tools left. Like the Obama administration, he will likely include democracy promotion as a core tenant of his foreign policy. However, what if China breaks the rules again? What will Biden do?

It is not apparent since Trump significantly upped the ante with his trade pressure and harsh rhetoric. Any ‘reset’ from a Biden White House could encourage Beijing to ‘reset’ its boundaries and test its limits with a new president. Biden might not have many options left other than continue with a diluted version of the Trump-China Doctrine.

The Empire: The United States

Matthew Ehret’s article titled, “How a Wise Decoupling May Be a Good Thing for Both China and the West” thoroughly explains how Henry Kissinger negotiated the 1970s opening up of China and emphasized China’s role as a global source for cheap labor. Cheap labor generated cheap goods for the consumer-based economies of the west. This occurred at the same time that Paul Volcker announced a “controlled disintegration of western society,” which happened after the Fed’s rate hikes to 20% that devastated small and medium-sized businesses. Kissinger’s policies revolved around feeding China ‘just enough’ to ensure a ‘static existence,’ while the west slowly deindustrialized and became dependent on cheap goods.

Trump revealed to the world what many already knew since Kissinger. First, China would not simply flourish into a liberal democracy because it accepted aspects of the capitalist free-market model. Second, being dependent on cheap labor and cheap goods can be contrary to the national interest. This became even more apparent with the emergence of the coronavirus pandemic, which revealed that nearly all U.S. antibiotics are produced in China, along with a majority of many other crucial drugs.

Trump held up to the light America’s long list of grievances with Beijing, all at once: the flight of U.S. companies to China for cheap labor, the irresponsible and short-sighted importing of cheap raw materials, prior instances of Beijing’s intellectual property theft, the maintenance of unequal market opportunities, the dismissal of valid concerns surrounding currency devaluation, the lack of real pushback on issues like the South China Sea or the Indo-Chinese border, and the turning of a blind eye toward Chinese human rights violations.

In reality, it may prove difficult for Biden to deviate tremendously from Trump’s China policies. Unlike Trump, he will not refer to COVID-19 as the ‘Chinese plague,’ but certainly will not return to Obama-era strategies. Instead, Biden will likely maintain many Trump policies, but with a greater degree of consistency. China prefers Biden because Beijing knows a softening of rhetoric will improve China’s image on the international stage. Nonetheless, China is now a substantial bipartisan issue in the U.S., and hawks will surely emerge and proliferate.

We should admit, President Trump did a lot to weaken China’s previous position in global affairs and simultaneously reduced American foreign dependence. He killed the TPP and re-negotiated the North American Free Trade Agreement (NAFTA). Trump revived a dead space tradition with the Artemis Program and Artemis Accords, with goals of reaching Mars and furthering scientific research. At the very least, he sparked discussion around re-industrializing heavy industries in the U.S.’s Rust Belt. He endorsed the Alaska-Canada railway, tied directly to strategic importance of the Arctic. Trump also put ideological disagreements in foreign policy aside to promote ‘win-win’ diplomacy, which resulted in several surprising Middle East agreements and some progress in Serbia and Kosovo negotiations. Not to mention, Trump waged a constant trade war against Beijing and actively campaigned to limit Huawei’s 5G efforts in Europe.

Now that Trump has revealed all of these concerns, President Biden must decide how he ought to lead the country through the China conundrum. It is most likely that we will see the Biden administration focus on multilateralism and diplomatic appearances, while maintaining Trump’s pressures on trade, intellectual property, and the 5G issue. Should Biden indeed continue Trump’s China policy, with a more subtle tone and diplomatic style, the U.S. will solidify its new approach to China, to suppress Beijing’s rise.

U.S. China PolicyBidenU.S. Presidential Election
printTweet
You might also like
Back to Top
CHINA US Focus 2022 China-United States Exchange Foundation. All rights reserved.