Were it not for a recent New York Times report, few in either the United States or China would have known that Beijing and Washington are working on finding a proper way to deal with one Chinese citizen’s presence in the United States. Beijing asks Washington to extradite him and, apparently, Washington has yet to make up its mind. 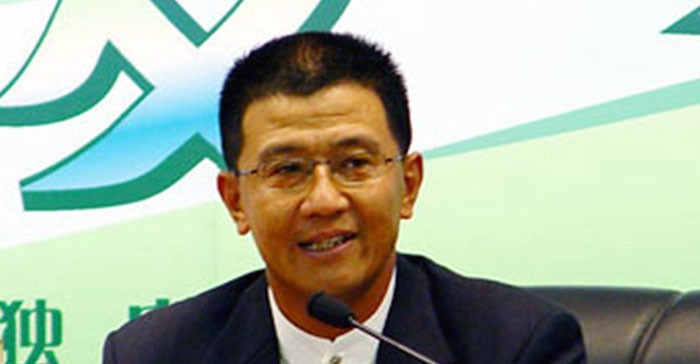 Lin Wancheng, a little-known businessman, has left China months before his well-known elder brother Lin Jihua was first stripped of his ministerial position and later arrested.

With one month to go before President Barack Obama hosts President Xi Jinping in Washington, a quick resolution of the matter is desirable.

The person in question is Ling Wancheng, a little-known businessman who left China months before his well-known elder brother Lin Jihua was first stripped of his ministerial position and later arrested, awaiting formal trial. Chinese authorities seem to see having direct access to Ling Wancheng useful, if not essential, in completing their case against his brother.

The elder Ling served as the equivalent of the US President’s chief of staff from 2007 to 2012, making his fall from grace one of the nationwide highlights in China’s ongoing anti-corruption process. Whether or not Washington does extradite Ling Wancheng can potentially be viewed by the general Chinese public as an indicator of the Obama Administration’s stance on China’s anti-corruption efforts.

Because there is not yet an extradition treaty between China and the United States, such matters must be handled on a case-by-case basis.

Ling’s presence in the U.S. is different from that of most other Chinese businessmen who emigrate there. Had his elder brother not fallen from power and grace, Mr. Ling would most likely not have chosen to stay out of the country. Had he had no association with a high-profile sibling in the Chinese system, his case would probably not have caught the attention of the mainstream international media, either.

Mr. Ling ‘s choice of America as his place of refuge, however temporary, is beyond doubt carefully calibrated. Everything else being equal, Washington is one of the few capitals in the whole world that can afford to just say ‘no ‘ to Beijing over such matters.

Over the past decades, not a few Chinese individuals who left China under similar personally extraneous circumstances chose the U.S. as their country of residence because they somehow expected the American government and society to be on their side, correctly or wrongly, when China seeks their return.

American society is caught in the middle, because it does not want to be treated as a safe haven for suspected criminals of whatever sort from foreign countries. But the United States is a popular destination for Chinese individuals in position of power and influence who suddenly decide to escape from their home country.

In the Ling case, one option available to the Obama Administration is the precedent set by the Canadian government in its dealing with China’s request for extraditing Lai Changxing [https://en.wikipedia.org/wiki/Lai_Changxing]. In 1999 Lai landed on Canadian shores while wanted in China for suspected connections with a high-profile corruption case. Ottawa first let the Canadian legal process play itself out, and Lai had the resources to hire lawyers to argue on his behalf. That process took over a decade, but after it ran its course, Lai was eventually handed to Chinese law enforcement authorities in 2011.

Like Lai, Ling almost certainly has the means to pursue a lawful stay in America. The downside of this approach is that it would erode goodwill on the part of average Chinese individuals towards America. While in the outside world there are reservations about China’s ongoing round of anti-corruption campaign, within the Chinese society, a foreign country that is seen helping to prevent officials accused of corruption from getting off the hook can earn broad appreciation.

Another option is for the Obama Administration to tie proactive consideration of China’s request for extraditing Ling with progress in Chinese law enforcement authorities’ cooperation with their American counterparts in the deportation of hundreds of Chinese illegally staying in the U.S. Doing so can be justified on the grounds of pragmatism. Still, within China, a question could arise whether or not the United States had no other choice.

Still another possibility is for Washington to grant Ling political asylum, as he may conceivably make an application. That would send an unambiguous message, one that takes issue with China’s case against the elder Ling. But it would almost certainly bode ill in Beijing’s view of Washington.

The fact of the matter, however, is that whatever Washington chooses to do with this particular request for extradition from Beijing, China has little recourse. At the societal level, this is a Chinese citizen landing himself in the U.S., bringing with him complexities not found among the overwhelming majority of foreigners in the country. At the governmental level, China has not fared well in securing an extradition treaty with the United States and, indeed, most Western governments. It means Beijing has to count on political goodwill on the part of those capitals.

In the case in question, especially in the eyes of those of us who want bilateral ties to proceed along a more predicable path, it is desirable for Washington to make a public and transparent explanation about its eventual decision over Ling. Better still, the case should be resolved before the upcoming presidential summit in September.

Viewed as a symptom in a structural problem, it benefits both China and the United States to restart their negotiations for an extradition treaty. Those negotiations came to a virtual halt in 2009. The Ling case should be treated as an opportunity for making available a treaty-based process of interactions.