All people dedicated to friendly Sino-US relations are looking forward to the upcoming summit meeting between leaders of the two countries. There is little doubt about the fine atmosphere for the summit and the multiple agreements that may be reached from the perspective of consuetude. However, corresponding expectations have indeed risen to a higher level: People are waiting in eager anticipation to see whether presidents Xi and Obama can demonstrate further bona fides and mutual trust, and shape substantial progress on a series of sensitive issues. 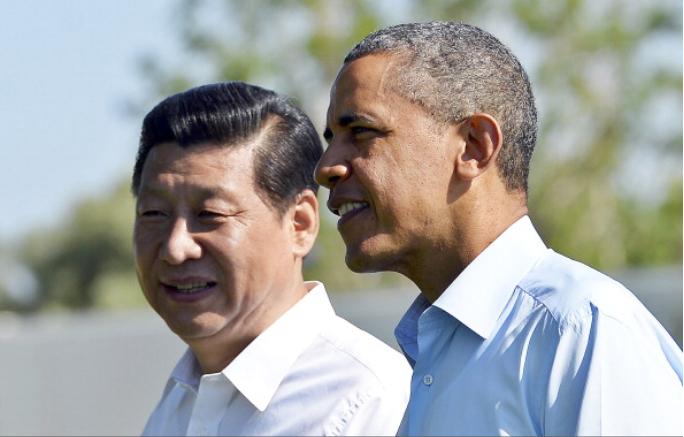 As a scholar, I have four wishes:

I wish the foundation for mutual trust could be further consolidated. In fact, both China and the US believe their common interests far outweigh divergences. But disagreements have always been sensationalized and become headlines in the media. The Chinese side’s attitude has been consistent: Mutual trust is necessary, worthwhile, and possible.

For instance, there is a prevailing consensus in Chinese government offices and academic circles that the US is the sole superpower in the present-day world. Such a judgment is not completely negative. It contains the acknowledgement that the US remains extraordinarily strong in comprehensive national strength, appreciation of the US’ world-leading role in scientific and technological innovation, management expertise in service and business undertakings, higher education system, and even degrees of standardization and normalization, and thus represents actual respect for the US’ special global status, as well as acceptance of the US-dominated international order in multiple aspects. The only thing that it doesn’t endorse is hegemonism.

On the other hand, the US has plenty of worries and suspicions about China, fearing that if China develops too fast, it may take America’s place as the world’s no.1. It has thus tried hard to make trouble for China in every possible way. But when it goes too far, it inevitably hurts itself, because Chinese and American strategic interests, economic connections in particular, have grown so close over the years.

As some have observed, China is a large country, yet American media’s China coverage has focused on several topics and a very small number of individuals, providing American people with one-sided information about China, weakening mutual trust, and increasing misperceptions.

Only through enhancing mutual trust can the two parties consolidate their agreements, transform them into operational measures, and produce mutually beneficial outcomes.

I wish the approach to controlling and managing divergences could be more practical. There is a particularly pressing need to control and manage differences in order to carry out pragmatic cooperation. Controlling and managing divergences between the two countries can be very difficult. But this is a task of crucial significance. The Chinese side has proposed to control and manage sensitive issues in constructive manners, and strive to make Sino-US ties further benefit people of both countries and the rest of the world.

For instance, the two countries have major differences on South China Sea issues. The truth is, the US isn’t a party in the disputes, and has no direct conflict of interest with China. There thus is the saying that perhaps the Americans worry more about being driven out of Asia by China than about the right and wrong regarding sovereignty over disputed isles.

Nowadays, some of China’s neighboring countries have adopted a strategy of “relying on the US in security, relying on China in economy” to draw dual benefits. For that purpose, they wouldn’t hesitate to hurt Sino-US relations, even set China and the US against each other. The Chinese has a saying that admonishes people to not be a “gun” in others’ hands. Some people are obviously using the US as their “gun”.

The US acknowledges that it has no territorial or sovereignty claim in the South China Sea. Actually China and the US have common goals in preserving open and secure seaways in the South China Sea to guarantee business and trade activities. China has persistently adhered to solving the South China Sea disputes through direct dialogue and consultation with disputing parties, and has made gradual progress. The US should be glad to see that.

I wish to see the two parties display tolerance to each other’s choice of development path. Respect for each other’s voluntary choice is a very basic principle in state-to-state relations.

The US isn’t completely unconvinced of China’s commitment to peaceful development, and it is well aware that “China threat” theories are exaggerated  cries of “wolf”. But it does cherish scruples.

The Financial Times published a signed article on March 30, which observed that the US is westernizing China in ideology and political system, containing China in security through strengthening alliances and supporting countries in disputes with China, blockading the flow of hi-tech, hi-end weapons to China militarily, inducing China to further promote market mechanisms economically, and, in culture and education, conducting infiltration through personnel exchanges and talent cultivation. Such allegations are not overstatements. They are worth deliberation by US authorities.

I came across a report on an opinion poll the other day. Some say American anxieties regarding China derived more from worries that their own country may be headed toward decline, and that what China pursues is nothing but obtaining due say and space commensurate with its national strength and interests within the existing framework of rules. Some say they don’t like to see the US make indiscreet criticisms about China’s internal affairs and human rights at every turn, because the US’ own record isn’t perfect at all. Others say the US is overweening, and suppresses all those who don’t follow its instructions, don’t collaborate with it, and who don’t serve American interests.

Since suppression and containment don’t really work, why not change approach?

I wish to see firm steps toward building a new type of major-country relationship. The 7th Sino-US Strategic and Economic Dialogue and 6th Sino-US High-Level Consultation on People-to-People Exchanges were fruitful. At the same time, there is a major debate on US China policies in the US, China-bashing and noises against friendly ties with China emerge frequently.

Of course there are people of insight. Former US Assistant Secretary of Defense Charles Freeman, for example, has written in an article that US-China competition occurred in the context of the inter-dependence of their economies. If China collapses, the US will also sink into recession, instead of enjoying the so-called dividends of peace.

Sino-US relations have gone beyond bilateral scope and are showing increasing global significance. Reality calls for both sides to consider each other’s reasonable concerns, learn from each other, and keep overcoming barricades in their collaboration from the perspective of common goals and interests. The two countries should establish a new type of major-country relationship that is worth its name, and set a fine example for handling relations between developed and developing countries.