How, and How Not, to Influence Adversaries and Keep the Peace in Asia 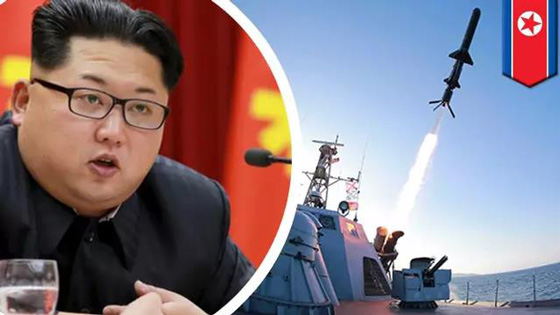 Donald Trump has proven to be a shape shifter on foreign policy issues. In just the last week he has completely changed his stance on Russia, China, NATO, and Syria—all without blinking, without apology, and without explanation. This so-called “flexibility” is an overestimated asset, particularly when dealing with serious adversaries—namely Russia, China, and North Korea—where miscalculation and miscommunication carries the potential for war.

Consider: the administration must deal with a Russian leader who has ambitions to restore his country’s status as a great power; with a Chinese leader who wants his country to be co-equal with the United States in world affairs; and with a North Korean leader who wants his country to be acknowledged as a nuclear-weapon state and accorded legitimacy and security assurances. The lesson? They all need to be treated with respect and great delicacy, mindful that each has substantial military capability within easy reach of important U.S. allies, not to mention the U.S. itself.

So how has the Trump administration dealt with these adversaries? He has adopted all the standard actions typical of U.S.-style crisis management: reprisals, sanctions, warnings, force deployments, threats. These actions violate a cardinal rule of diplomacy: Threats will most likely produce a reaction exactly opposite of the one desired. Threats incite nationalist fervor, invite counter-threats, and obstruct dialogue. Nevertheless, Trump has chosen to violate that rule, with the following results:

With China the U.S. demands a change in the terms of trade and Chinese pressure on North Korea to reduce or eliminate its nuclear weapons. Otherwise, says Trump, the U.S. will act on its own against the North. China promises nothing other than a joint review of the trade picture. Xi Jinping didn’t even bring a trade expert with him to the meeting with Trump. As for pressuring Pyongyang, one semi-official Chinese newspaper has mentioned the idea of cutting off North Korea’s fuel supply from China, something China has done before for a short period. On the other (and more convincing) hand, China’s trade with North Korea is up 37 percent this quarter compared with a year ago. Trump sweetens the pot by withdrawing his longstanding charge that China is a currency manipulator, hoping China will salvage the uncompromising U.S. posture. In his usual childlike way, Trump thinks that Xi’s love of the chocolate cake served at one of their dinners means Xi goes along with Trump’s gunboat diplomacy.

With North Korea Trump says the U.S. is deploying an aircraft carrier strike force off the Korean coast, presumably to warn Pyongyang that some further provocative step might meet with a forceful U.S. response. Dropping a “mother-of-all-bombs” in Afghanistan is widely believed to send the North Koreans a further warning of U.S. capabilities. But North Korea threatens nuclear war if attacked, says it can easily destroy U.S. bases in South Korea, warns that it is not another Iraq, Libya, or Syria, and carries out yet another missile test (which fails) and huge parade of its missile inventory. A sixth nuclear-weapon test may yet come.

Trump’s actions have succeeded in temporarily diverting attention from domestic setbacks and from dealing with the major issues he has with the three countries—Russia’s meddling in the U.S. elections and its support of the Syrian dictatorship, China’s military expansion in the South China Sea, and North Korea’s nuclear weapons and ballistic missile buildup. More importantly, Trump’s team is oblivious to diplomatic alternatives that might keep the U.S. out of a major conflict.

If the U.S. objective with Russia, China, and North Korea were to avoid war by accident or design and instead create a path to potential conflict resolution, here are some thoughts about what Trump might have done and can still do.

With Russia, why not accept Putin’s proposal (supported by Bashar al-Assad) for an international investigation of the chemical warfare claim? If Washington is so convinced of Syria’s responsibility—and if Trump believes Russia might well have known about the attack in advance—the U.S. should welcome an investigation with confidence in the outcome. As for the immediate future, the Trump administration should establish Putin’s strategic interest in protecting Assad and seek ways to substitute for it. Trump might, for example, promise no further missile strikes in exchange for Russia’s assurance that Assad will never again employ chemical warfare and will destroy the chemical stocks he has hidden under international inspection. In exchange for ruling out regime change in Syria and removing some sanctions on Russia, Russia would assure the US that it will respect safe zones for anti-Assad forces and people.

With China, Trump has already dropped his incorrect accusation that China is a currency manipulator. Now he must also drop his linkage of trade relations with Chinese pressure on North Korea. Last week Trump tweeted: “I explained to the President of China that a trade deal with the U.S. will be far better for them if they solve the North Korean problem!” But now he may have come to the realization that, as with health care, “it’s complicated.” In an interview with the Wall Street Journal, Trump said: “After listening [to Xi Jinping] for 10 minutes, I realized it’s not so easy. I felt pretty strongly that they had a tremendous power [over] North Korea. … But it’s not what you would think.” No, it isn’t.

Hopefully, Trump will stop trying to bait Xi on trade, reevaluate North Korea policy (see below), and focus on larger issues in U.S.-China relations. Trump now says, once again in direct contrast with previous scorching criticisms of China, that he and Xi “get along really well, I really like being with him.” If so, the administration might take up China’s plea not to rely on sanctions and to resume negotiations, which its foreign minister suggested China would support in any format. The U.S. could jump-start the process by withdrawing the fleet near Korea to a nonthreatening distance. (Doing so would remove another source of China’s upset: the U.S. naval force en-route to Korea conducted joint drills with Japan’s Maritime Self-Defense Force in the East China Sea, in the area of islands disputed by China and Japan.) Trump might challenge Beijing to obtain Kim Jong-un’s agreement to forego new nuclear and missile tests in return for a stop to full deployment of the THAAD antimissile system and suspension of future U.S.-South Korea military exercises. In short, test China’s goodwill and North Korean intentions.

With North Korea, it should be obvious to U.S. policymakers that showing “resolve” in the Sea of Japan only makes Kim Jong-un more determined to show his resolve. In the meantime, it is apparent that South Koreans, including both of the two top presidential candidates, are more worried about a U.S.-initiated war with North Korea, without their being consulted, than about a North Korean attack. (“The safety of South Korea is as important as that of the United States,” the leading candidate, Moon Jae-in, said.) The U.S. and North Korea need to get back to the negotiating table with two objectives in mind: first, remove the sources of current tension, as noted above; second, restore the “action-for-action” principle in the 2005 Six Party Talks agreement and reconsider security assurances and economic assistance to North Korea in exchange for verifiable international inspection of its nuclear weapons and weapons-related facilities.

Successful conflict management calls for establishing a peaceful way of doing business. That approach emphasizes inducements, which may stimulate talks and reciprocal concessions; use of all three levels of diplomacy—official, nonofficial, and people-to-people; and actions on the ground that, by reducing tensions, reverse the momentum for conflict. These actions may pave the way for a process of reengagement and trust-building. At the very least, “getting to yes” with an adversary takes the use of force off the table. Force is always available, but is best when rarely used.

The national security adviser, H.R. McMaster, gave a hopeful sign when he said of the Korea situation: “It’s time for us to undertake all actions we can, short of a military option, to try to resolve this peacefully.” But in Korea, Vice President Mike Pence backtracked, mistakenly labeling as failures past diplomatic engagements with North Korea and dismissing any idea of new negotiations. The Trump administration may pride itself on sending out mixed messages such as these, when in fact they reveal an amateurish, incoherent foreign policy that spells constant trouble. Displays of military power are no substitute for professionalism and reliability in the conduct of a country’s external affairs.