How to Deal with Newly Empowered Xi Jinping 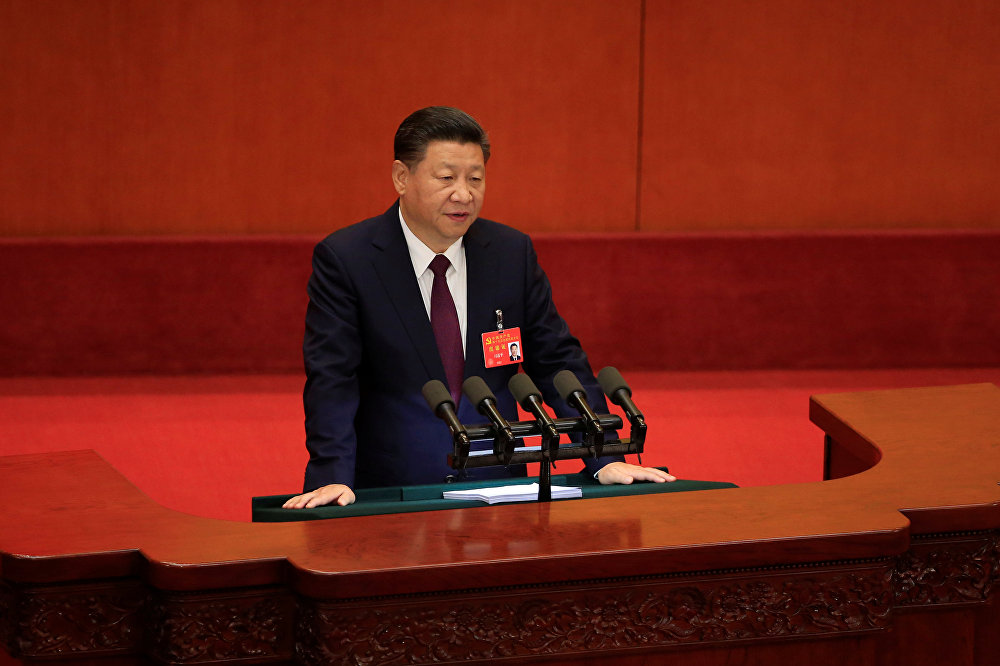 The long-suffering American hope that economic liberalization would yield intellectual and political freedom in China is officially dead after President Xi Jinping’s coronation at the recent party congress. He emphasized party control, strengthened personal power, and stifled intellectual dissent. He used the meeting to cement his dominance and demonstrate his intention to rule beyond a second five-year term.

Xi appears to be the most powerful Chinese leader since Deng Xiaoping if not Mao Zedong. Xi’s thoughts even have been included in the Chinese Communist Party’s charter, just like Mao’s. At the congress Xi outlined his vision for the future: The People’s Republic of China is to develop into a “fully modern economy” and become “a global leader of composite national strength and international influence.”

The PRC already is arguably close to achieving both objectives. Although the country faces significant economic and political challenges, so far it has confounded the doomsayers. Even if China suffers setbacks in coming years, it almost certainly will become a great power with broader global reach. Beijing is likely to pose a substantial challenge to U.S. interests and values. That doesn’t make conflict inevitable or even likely, but to effectively respond policymakers should better prioritize Washington’s objectives.

Indeed, America’s leaders, if they deserve to be called that, should start by rescuing the U.S. political system from laughing-stock status. Compare presidents and America loses. By all appearances, President Xi is serious, determined, and competent; he knows both privilege and hardship; he even lived in America, now his country’s chief adversary. Today he dominates one of the world’s most formidable political systems. Even Chinese inclined toward democracy have trouble defending the American system these days.

The operation of Congress, too, fails to live up to what the world’s most powerful nation requires. The democratically elected U.S. body should easily outdistance China’s rubber-stamp National People’s Congress, but the inability of American legislators of both parties to work effectively with each other also seems to discredit America’s democratic experiment.

Moreover, Washington needs to restore its economic self-confidence. The Trump administration has multiplied trade complaints against the PRC. The U.S. should emphasize opening Chinese commercial and investment markets, not closing the American economy, as President Trump would prefer. Low cost foreign goods benefit both consumers and producers. In fact, many imports are intermediate goods, destined for use in exports. The U.S. economy needs to become more competitive and efficient.

The administration also should press President Xi to live up to his past emphasis on market reforms, which would benefit American businesses and Chinese consumers. Not incidentally, doing so would help counteract the Xi regime’s ongoing expansion of state control over the economy. Indeed, achieving further liberalization would be worth concessions—including forbearance on the president’s counter-productive threats of a trade war.

Politically, Washington should treat the PRC as a serious competitor. Depending on the issue, China may be adversary or ally. The U.S. should emphasize areas where the two nations’ interests coincide and look for compromises where interests diverge. Perhaps most important, American officials must recognize that Washington cannot dictate: negotiation over contested issues is inevitable.

North Korea may be the most important current controversy between the U.S. and Beijing. Washington obviously wants to prevent Pyongyang from acquiring an ability to target the homeland with nuclear weapons. However, the PRC desires neither a failed state on its border—consider how Americans view Mexico—nor a reunited Korea allied with America hosting U.S. troops. The Trump administration should offer concessions, such as pledge to remove American forces from a reunited peninsula.

Overall, Washington must channel the two nations’ rivalry away from military confrontation. Despite real geopolitical differences, the U.S. and the PRC must not come to military blows. China would be a formidable opponent even now. It would not win a global war with America, but has demonstrated no interest in matching the U.S. around the world. Rather, China hopes to deter Washington from intervening against the PRC in its own neighborhood. While the Pentagon has developed tactics to counteract China’s anti-access/area denial strategy, deterrence is much cheaper than power projection. A few missiles or torpedoes are far less expensive than the aircraft carrier they might sink.

Moreover, even victory for the U.S. would not mean the end of conflict. A resentful, still growing PRC would be an even more formidable foe in the future. The American people aren’t likely to fund endless conflict far from the U.S. when their own defense is not directly at stake. Washington might prefer to limit Beijing’s influence in its own neighborhood. But that objective is not worth catastrophic conflict.

However, Americans in and out of government should do what they can to expand the free information flow to Chinese citizens. Unfortunately, President Trump’s soft spot for authoritarian leaders seeming reaches Beijing, even though he freely attacked the PRC before taking office. But the administration should not launch an official propaganda campaign—they rarely turn out well.

Younger, well-educated Chinese, in particular, are highly nationalistic. Telling them what to believe would be counter-productive. But they resent their government’s internet controls. Widening their access to information while allowing them to draw their own conclusions would be a better approach. Washington should cooperate with private organizations to blow holes in the Great Firewall. Washington also could use the access of Chinese media to the U.S. as a bargaining chip to address Beijing’s restrictions on American journalists.

President Xi is likely to lead China for many more years. Although the PRC’s climb to greatness is not assured, it is likely to pose an ever more serious challenge to the U.S. The Trump administration must demonstrate maturity and sophistication if Washington is going to respond effectively.